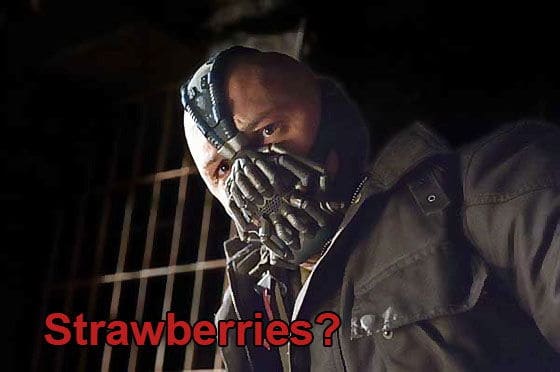 A few months ago, Christopher Nolan released what I believed would be the epic conclusion to his incredible Batman trilogy. Batman Begins and The Dark Knight were both fantastic, and given the massive budget and Nolan’s writing chops, I expected nothing less from The Dark Knight Rises. So as I sat and watched the movie, becoming ever saddened as the film progressed, I realized that something had gone wrong.

Much like your favorite restaurant that had one off day and made you a terrible meal, The Dark Knight Rises simply failed to satisfy. Perhaps I’m in the minority here, but watching hours worth of a crippled old man hobbling around is not my idea of a good time. Thankfully, Nolan kept some of the original footage which was actually far superior to the theatrical release. People are calling it a collection of “Bane Outtakes”, but I assure you… they’re superior to what you saw in theaters in every way.

What I enjoyed is that we were finally able to see a whole other side of Bane… a softer, more nutrition conscious side of him that wants nothing more than to eat his strawberries and string together wonderful rap lyrics. He’s the type of person who, even in a completely doomed, desolate city, can see the brighter side of life.

Now, though Bane was incredible, it would be unfair of me not to at least mention Batman, the fellow who so disappointed me in the theatrical release of the film, but whom also pulled off an incredible performance in these supposed “outtakes”. Once again… why wasn’t this dialogue included in the film? Even the music playing in Batman’s vehicles was better.

Ohh Nolan, have you lost your touch already? I certainly hope not. I’ve got a three strike rule with restaurants, and I’m applying that to your films as well. Pull yourself together, man… you can do this.