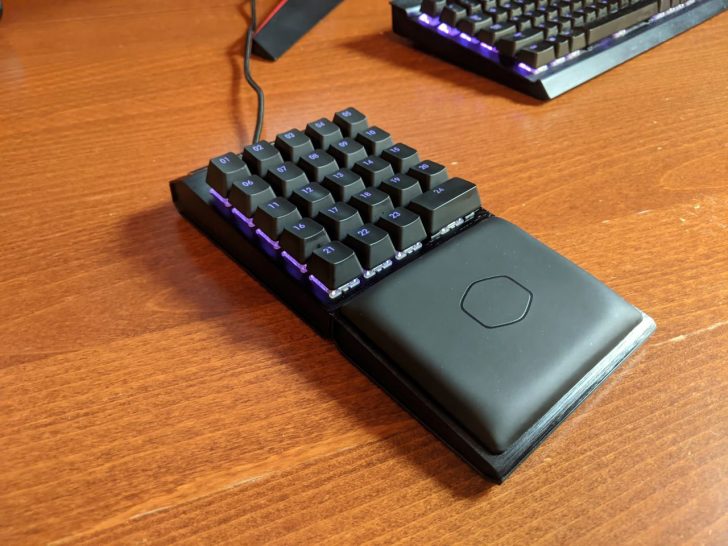 PC gaming has changed throughout the years, and it’s no surprise that not only are the devices associated with the genre evolving, but so too has the passion of the most devoted players. The difference between playing video games on consoles and on PC is not as jarring as you’d think, though the use of a keyboard may be a little alienating for anyone that’s used to playing games with a controller.

Of course, there are simple ways to use your favorite Xbox or Playstation controller on your PC, but there are players who are more accustomed to using keyboards as their method of playing games. Keyboards made to better suit gamers are undeniably popular in recent years, and it’s time to see what the Cooler Master ControlPad has that would make it stand out among the other offerings in the market!

What’s the deal with the Cooler Master ControlPad?

Right off the bat, Cooler Master certainly outdid themselves with the ControlPad; it has all the classic design elements of traditional control pads, but modernized through the lens of Cooler Master’s extensive engineering chops. In short, the ControlPad is perfect for anyone wanting to play PC games or work on media in a new way. It merges both the interactivity presented with video games and the pressure-sensitive technology of niche industry hardware; sort of what you’d expect from a smartphone.

On top of that, the ControlPad has keys that can be swapped to either be numbers or have a legend-styled format made specifically for what you want to use as your controls. Aside from the key options you have (as well as the colors some of the sets come in), the ControlPad can also illuminate thanks to the implementation of RGB backlighting.

One of the most satisfying aspects of the ControlPad is the inclusion of lightweight switches (which are every bit as responsive as you would expect). Typing with these babies is so much easier than with other keypads, and it also makes the task of continuously using this keypad much smoother thanks to the wrist rest it comes with. If that’s not enough, the two Precision Wheels work as a way to either alter the color of the keypad, change the DPI, or adjust your computer’s volume. The cherry on top is the durability that the ControlPad has; despite its size, its aluminum housing can withstand the weight of the user’s wrists on top of looking nice with its brushed appearance.

If there is one way to describe the Cooler Master ControlPad, it would be “glorious”. This has just about everything needed to take your PC gaming experience to the next level. The fact that it was a passion project from the start instead of it being yet another tech company’s product shows the creator’s love for all kinds of gamer needs. The ControlPad’s great to use for any of its recommended tasks, is customizable with swappable keys, and it doesn’t take away from the experience that its users had from their prior keyboards. Whether you want to play games or work on any music or video project, you won’t regret using Cooler Master’s sweet device.

Originally published on October 22, 2020 in Gaming