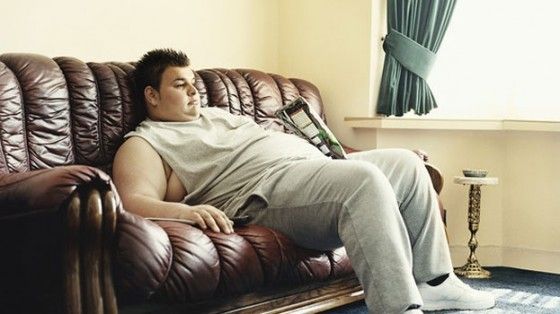 I don’t exactly know what to make of the latest research released on the connection between sitting for extended periods of time and an early retirement death. There should be a show called “Researchers Say the Darndest Things”. One day coffee is good for you and the next day, it will lead to growing a vagina on your face. Some researchers say to drink a glass of wine a day while others suggest drinking a bottle. Who the hell knows which of this information they feed us is legitimate or just a bunch of nonsense.

Well it looks like there is bad news for about 90% of the people in the world. According to a recent study, sitting down for more than three hours a day can reduce your life expectancy by two years, even if you exercise regularly. Researchers suggest that adults should exercise a minimum of 30-minutes per day with moderate intensity. And what about the rest of your day? Health experts say that it is important not to spend much of that time sitting down. I guess my sleep walking will be beneficial after all.

The Downlow on Sitting

According to Ron DeAngelo, director of sports performance at UPMC (University of Pittsburgh Medical Center), “sitting can be the kiss of death”. He says “we weren’t designed to sit. In prehistoric days, we never sat”. The study also suggests that people who sit down for more than three hours per day are 54 percent more likely to suffer a heart attack than compared to those who sit for less than three hours per day.

When we sit for extended periods of time, the good genes are turned off and bad genes are turned on (and not in a good way). Sitting down for extended periods of time shut down the circulation of a fat-burning enzyme called lipase. A study on rats which were forced to be inactive found that the leg muscles which are responsible for standing lost 75 percent of their ability in removing harmful lipo-proteins from the bloodstream.

And fellas, make sure your significant other isn’t sitting around too much either. The American Cancer Society did a study from 1992 to 2006 and found that while men who sat for more than 6 hours per day were 18 percent more likely to die than those who sat for less than three in the same time period. But put women in the same situation, and they found that they were 37 percent more likely to die early. Anytime she doesn’t want to be in the kitchen, grab these statistics and show her. Hell, put them up on the refrigerator.

If you watch six hours of TV while sitting down, expect to lose 4.8 years of your life (literally). And for those who are 25 years of age or older, every hour of watching TV while sitting down equals to losing 22 minutes of your life expectancy. I don’t know if I believe every little detail of these types of studies but there sure is enough evidence to suggest that people should be moving around.

Eat healthy and incorporating three to four hours of moderately intense exercise into your life should keep you alive and healthy for quite some time.

If you’re worried that you sit too much, perhaps I can put a positive spin on all of this. Consider this; the years that you lose are the shitty years anyway. You get to skip the age where you get dumped off by your kids at the local old people home or skipping those last few years where you shit your pants and don’t even know about it. So you see, it’s not so bad.