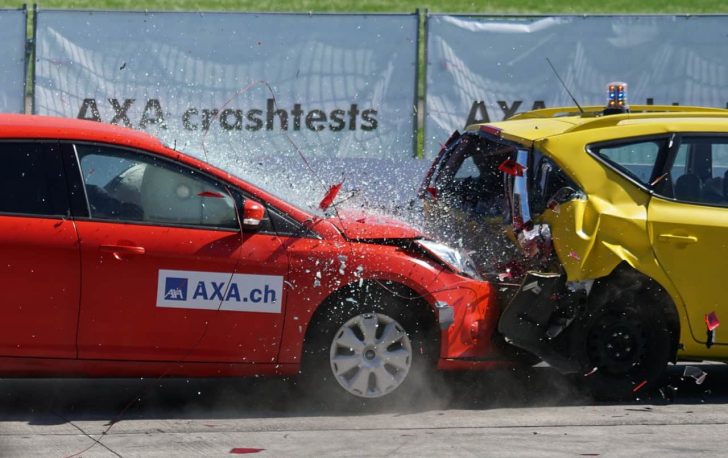 What We Can ALL Do To Reduce Road Fatalities

We can’t turn our heads without seeing another news item on a terrible road traffic accident that has killed a family or a story about a promising young student who mistakenly drove too fast on a quiet road in the middle of the night. These are all issues that are dangerously close to home. And as we think more and more about the concept of safety on the roads, the topic of doing our best to cut back on our own dangerous driving habits is something we tend to avoid. And as we are quite impervious to the fact that it’s “never our fault” when it comes to accidents, research has shown that there is a high quantity of blame involved, and we are all guilty of this. Everyone never says it is their own fault, that it’s always someone else’s, but if we carry on with this attitude, and not look to how we are driving, the issue compounds itself. And we are suddenly a nation of drivers who are aggressive, and not only that, we are failing to grasp the understanding of how we can improve our own driving skills so that we can all benefit from safer roads. The topic of road safety has been an issue that has never gone away and never will, and now more than ever with the increase of cars on the road, we are all finding ourselves buckling under the pressure, struggling to get to work on time and being caught in never-ending congestion. So we are always running late for work and indulging in that selfish approach to looking after ourselves on the roads. So in that respect, it’s hardly surprising that we are all indulging in bad habits. But what are the factors are there that contribute to road traffic accidents that we need to bring to the fore?

They say that the most common type of journey that contribute to car accidents is not the long journeys that go on for hours, but the short journeys. Overall opinion of suburban signage is that it is often poor quality, which could be a contributing factor towards accidents in built-up areas. And if there are larger vehicles, they will tend to obscure small signs, and the same applies in rural areas where shrubbery and trees that are overgrown can tend to obscure important road signs, which don’t prepare drivers adequately for what is ahead. What we can all do to help is to write to our local councils with evidence to support the claim. It’s a very common thing for drivers to say that they need to get used to the roads, and this points out a significant flaw for tourists or drivers embarking on a road trip through this area, as they will need to rely on the signs. And if the signs are not good enough, it will only cause significant problems for them as well as everyone else on the road at the time.

Make An Example Of The Offenders

Drink driving is still, in this day and age, a common issue, and about half of motor vehicle accidents involve some form of intoxicant. But the message still isn’t getting through to some people, and it would appear that the great tool we all have now to name and shame perpetrators in whatever way is our smartphones. “18 Mistakes that Can Hurt Your Auto Accident Claim in Louisiana, and How to Avoid Them,” by attorney Keith Magness talks about the fact that people have a cell phone with a camera now. And it is important to get a video of the repercussions of a car accident, especially as it can result in a better settlement for someone involved. We all have access to social media, so we can name and shame drivers on a regular basis. And now with cases being built up against drivers who are speeding or being intoxicated, social media and smartphones are an indispensable tool in making examples of the offending drivers. For a lot of people, if they are caught up in a car accident while using their phone and they deny they were using it, one simple legal inquiry to the phone company can show if they were using their phone at the time of the accident. So this, in conjunction with people using their smartphones for the purposes of making examples of these people, means that we can cut back on terrible driving habits and therefore reduce road fatalities.

The rush hour traffic in the morning and the evening is usually the time when accidents happen, and for obvious reasons. So this is something that we can all start to do so we can cut back on overall road accidents. There are many other options to commuting to your workplace, and not just on its positive impact on the environment, you could take public transport to your place of work. And for so many people it is not deemed a “practical solution” because trains will never arrive on time, the bus will never turn up, etc. But even if you look at the people stuck in traffic on the daily commute, they are forever seen to be multitasking! If you look at commuters in large metropolitan city centres like New York or Los Angeles, you will see all walks of life shaving, or doing their makeup or reading the newspaper while stuck behind the wheel. And although it can be argued that in this instance, traffic is slow moving or there is no immediate danger around, it’s this relaxed mindset that could contribute to an accident. If you are stuck in the stop-start mentality, it means you are not operating at your most alert. Add into the mix human factors such as fatigue, especially on the journey home from work, and this is a recipe for disaster. By being sensible about your workplace commute, either by reducing the amount of times you use the car during the week or make the change to using public transport full time, this will have a massive benefit.

Another major cause of motor accidents is this, and while half of all motor vehicle accidents are during the night, the fact is that most driving is done during the day! Rural roads are a big cause of accidents at night-time, especially rural intersections, so if local authorities were to work on improving the lighting for these specific areas, this will help altogether. Road visibility isn’t just down to a lack of road lighting, it’s also down to the driver’s habits which is a direct knock on effect of the lack of road lighting. As drivers, are unable to see where they’re going, the natural tendency is to put on full beam, so they can see everything clearly. However, this can cause issues to oncoming drivers who will be temporarily visually impaired. So if there are more lights in rural areas as well as on roads with general poor visibility, it will cut down on the temptation to use full beam.

Knowing The Responsibility We All Have As Drivers

This goes back to the tendency to blame other drivers on the road rather than address our own faults. The psychology behind bad driving is a very fascinating because we are all prone to specific behaviours while being behind the whee.l This is down to varying factors such as not actually knowing if we are aggressive, or not even caring for other drivers on the roads. We can tend to fall into more impulsive measures while being on the road that we wouldn’t do in real life. It appears to be a cause for concern with younger drivers who are more prone to sensation-seeking and are actually less sensitive to punishment, meaning that the punitive measures need to be more serious to cut down on the more dangerous drivers. Also, look at the more gadgets we have now, we can attach to a car dashboard, and the more distractions we have on a personal basis. For example, if our phone beeps while driving, we are probably more likely to take our eyes off the road for a split second, or check on our phone while at traffic, which is illegal to do if your engine is running! And it goes back again to this notion that we blame others on the road and aren’t aware of what we are doing while driving. So what can we do to address these issues? The first thing is to go back over the highway code and make sure we get the basics right because a lot of us might not be aware that certain driving habits we have picked up over the years are not only dangerous, but are also illegal. It’s a very simple thing to say, but also you need to minimize distractions while you’re on the road. Lots of distractions contribute to a likelihood of getting in an accident, and whether this is loud music, your smartphone, or even unwarranted noise, we all have our push points that distract our attention easily, so it’s vital that you know what they are.

We can all do our little bit to reduce road fatalities across the board. We can combine a good mental attitude towards our impact on other drivers on the roads in combination with making the most of our ability to communicate poor signage or dangerous practices other drivers are indulging in. Altogether we can all begin to address this devastating issue which we read about all too often, on and off the road.

Originally published on August 21, 2017 in Cars