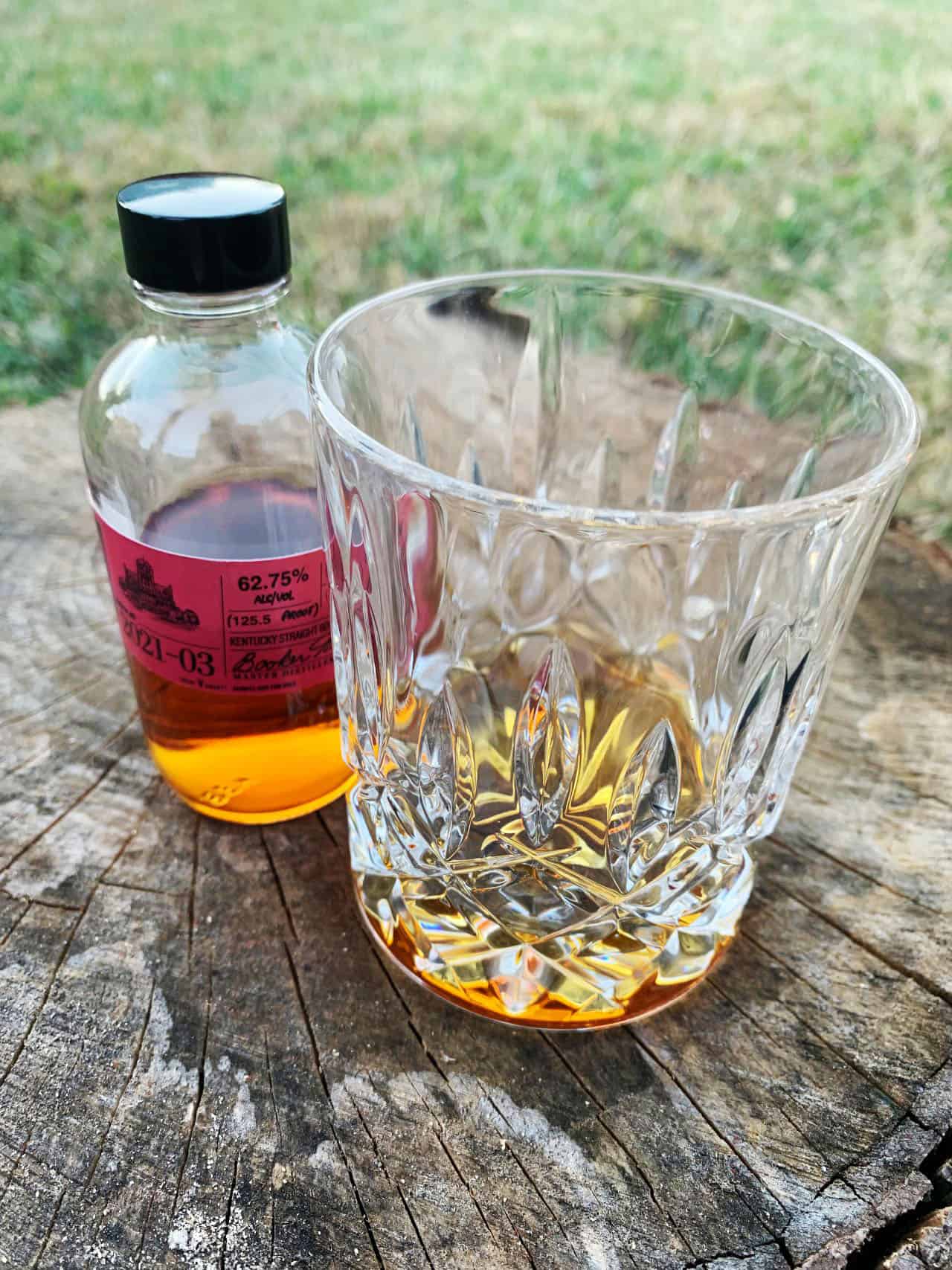 For better or for worse, the whiskey revolution is well upon us. These days you can’t get more than a hundred yards from some trendy speakeasy that’s got more choices of Bourbon than my closet has choices of pants. Oftentimes what’s on offer (be it Bourbon, Scotch, rye, or anything else you care to name) is this really smooth, easy drinking stuff that might remind you of chocolate milk as much as anything else. Now I’m not gonna sit here and tell you that there’s something wrong with that. I love a real smooth glass of whiskey. However if I’m being absolutely honest there’s something about an excess of agreeability in what used to be the go-to tough-guy booze that I didn’t realize I’d come to resent just a little.

For that, I give you Booker’s. Booker’s is a Suntori product by way of Jim Beam, but do not let these well-known names convince you that this is the kind of thing you’d make an Old Fashioned with. I mean, I guess you could, but… what a waste.

Fair warning. If you think Fireball is hardcore, you may need to give this beverage a wide berth. There are a lot of distilleries out there who trouble themselves to make a product that is inviting to newcomers. Something that’s approachable and unchallenging. Booker’s makes a product for people who like whiskey. Full stop. This is not a spirit for lightweights, it is however one of those drinks that will confirm that you really like whiskey… if you suspect that you might.

Booker’s releases whiskey in batches, each of which has been blessed with a name, and presumably it’s own distinct character. The stuff I’m drinking is from the “Bardstown” batch (2021-03). The nose is caramel-sweet, maybe even a little fruity, albeit reluctantly so. There are definitely strong overtones of oak in here. Burns quite a bit, of course this stuff is 125 proof. Mouthfeel is intense and lingers after a sip, particularly on the lips. This is whiskey for the sake of whiskey. It is a drink that forces you to slow down. If you just shoot this back, you will probably get what you deserve… and if you do, I certainly hope the video ends up on TikTok. Be sure to send me a link. This is the kind of whiskey you’ll lose a fight with, but you’ll end up talking about it for the next fifteen years, and people will legitimately think you’re interesting while you’re doing it. “No I don’t remember who called the Uber, but I found some real truth at the bottom of that seventh glass.”

Like most whiskey, a splash of water dials down the kick considerably. The burn is persistent, however. In my experience stuff that swings at this weight class is usually the bottom shelf booze that gets a few verses devoted to it in the odd country song. Booker’s has the rare distinction of being a whiskey that is both unforgiving, and clearly of extremely high quality. I’m not sure if that passes the conventional whiskey-nerd test for being uncompromising, but it’s certainly got my vote.

How Playing Video Games With Your Kids Is Beneficial