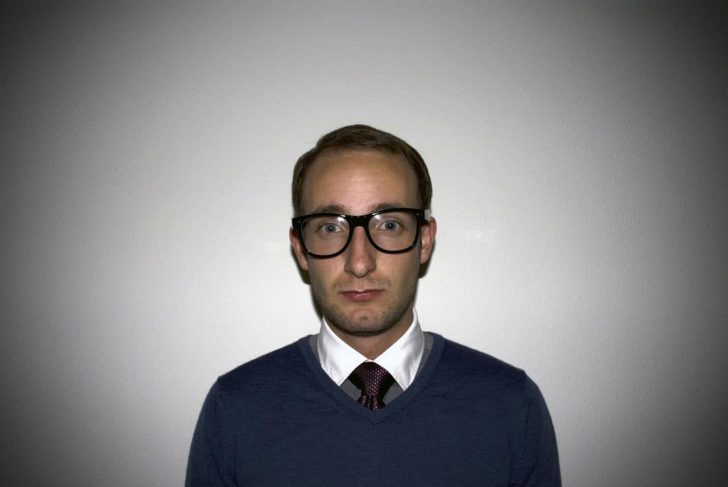 The Just for Laughs Comedy Festival has wrapped up here in swelteringly hot Montreal, Canada, and to celebrate a series of shows that were comically not funny, I would like to share a series of jokes with you… jokes about accountants.

After all, tax avoidance is all over the news these days (we’re looking at you Gary Barlow) and you can also be sure that behind the scenes of JFL, there are plenty of number crunchers working diligently to make the most of the hundreds of dollars I spent on tickets.

These Jokes Are Creatively Bankrupt…

Now, accountants don’t exactly enjoy a reputation for being exciting and frivolous. There’s something about a career dedicated to scrutinising finances and that doesn’t encourage a rebellious nature, especially with niches like forensic accounting. But at least this list might go some way to proving there’s a sense of humour behind those calculating eyes.

Let’s just hope no one decides to audit these jokes…

1. A patient is at her doctor’s office after undergoing a physical examination. The doctor says, ‘I have some very grave news. You have only six months to live.’ ‘What can I do?’ cries the patient. The doctor replies, ‘Marry an accountant.’ ‘Will that make my life longer?’ asks the patient. ‘No,’ says the doctor. ‘But it will seem longer.’

2. Where do homeless accountants live? In a tax shelter.

3. Welcome to the accounting department, where everybody counts.

5. What’s the difference between an accountant and a lawyer? The accountant knows he’s boring.

6. An accountant goes into a pet shop to buy a parrot. The shop owner shows him three identical parrots on a perch. ‘The parrot on the left costs £500,’ says the owner. ‘Why does that parrot cost so much?’ asks the accountant. ‘It knows how to do complex audits,’ says the shop owner. ‘How much does the middle parrot cost?’ asks the accountant. ‘That one costs £1,000,’ replies the shopkeeper. ‘It can do everything the first one can, plus it knows how to prepare financial forecasts.’ The accountant asks about the third parrot. It costs £4,000. ‘So what can that one do?’ he asks. ‘To be honest,’ says the shop owner, ‘I’ve never seen him do anything. But the other two call him Senior Partner.’

7. What do accountants suffer from that ordinary people don’t? Depreciation.

8. What do you call an accountant who is seen talking to someone? Popular.

9. If an accountant’s wife cannot sleep, what does she say? “Darling, tell me about your day.”

10. A young accountant spends a week at his new office with the retiring accountant he is replacing. Each morning, as the more experienced accountant begins the day, he opens his desk drawer, takes out a worn envelope, removes a yellowing sheet of paper, reads it, nods his head, looks around the room with renewed vigor, returns the envelope to the drawer, and then begins his day’s work.

After he retires, the new accountant can hardly wait to read for himself the message contained in the envelope. Surely, he thinks to himself, it must contain the great secret to his mentor’s success, a wondrous treasure of inspiration and motivation. His fingers tremble anxiously as he removes the mysterious envelope from the drawer and reads the following message: “Debits in the column toward the file cabinet. Credits in the column toward the window.”

You actually read these? Yikes!

I’m so very sorry, but it had to be done. Why? Because JFL was absolutely awful this year as a whole, and I just had to share my suffering with the world.

If you’ve got some terrible jokes of your own, go ahead and share them in the comments. They don’t even have to be about accountants!