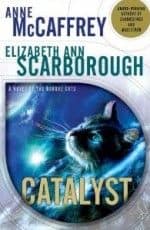 Until recently, I had no idea that the fantasy genre was so littered with anthropomorphic novels featuring telepathic cats who have sex with Lesbians. This illusion was shattered as I walked through the science fiction and fantasy section of my local bookstore. One book became the catalyst on my quest to find the very worst novels that the cat fantasy genre has to offer.

It’s really quite amazing what people are not only willing, but thrilled to write about. As you’re about to see in a moment, the results can be both hilarious, and terrifying.

Catalyst: A Tale of the Barque Cats

This is the book that started it all. I don’t know if Catalyst was the title to kick-start the feline fantasy revolution, but it certainly started me on my way.

Catalyst is a book about cats in space- cats who roam around space-ships fixing oil leaks and chasing space rodents. The novel stars young Captain Catavian, the leader of the Barque Cats; a group of felines dedicated to stopping an ancient Egyptian cat who’s only desire is to destroy the ozone layer with his massive whiskered face.

A Constellation of Cats 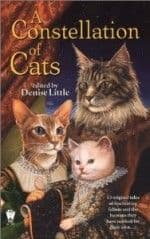 After having angered a rival clowder, these cats took to the stars in the hopes of finding a new world to inhabit. Sadly, space is a cruel hard bitch and their efforts to re-fuel on the nearby moon of meow-dor proved disastrous. With time and oxygen running out, the cats were left with only two choices: settle their differences and put aside their long standing rivalry, or face certain death. 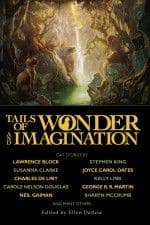 At the risk of playing favorites, I find this collection of tails to be the most complete depiction of substance abuse in the animal kingdom ever put to paper.

His teachers warned him; Catnip is a gateway drug, they said- not something for young Baxter to meddle in. But he didn’t listen, and found himself on a journey to the heart of darkness. A journey that twisted the very fabric of his reality and left him questioning not only his sexuality, but the nature of his very existence. 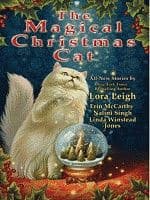 Is Sphinxter worshiping the snow-globe, or is he simply a god reigning over a society of tiny people?

Thousands of years ago an alien life form crashed landed on Mount Kilimanjaro. The creature didn’t survive the impact, but his energy did. He’s known as Sphinxter, and every 10,000 years his soul is released by Santa Muerte to wreak havoc on the evil children of earth. Sphinxter’s power is immense, and his appetite even bigger; only one child can stop him. But will he take on the task? 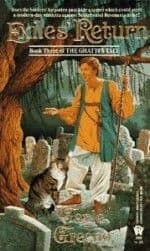 This guy doesn’t even know what the hell is going on, and he’s the lead character. You can’t hear it, but he’s saying “Really? Really?? A telekinetic cat having sex with Lesbians?”

Wilbo is no ordinary house cat. Born with the gift of telekinesis, he’s devoted his life to the art of sexual healing. In a time before dinosaurs, lesbians reign supreme, and the only thing stopping humanity from total annihilation is Wilbo’s clever mind, and telekinetic bed-fu.

Instead of subjecting you to the boring synopsis that the authors provided, I decided it would make more sense to write my own overviews based on both the cover art and my own intimate knowledge of feline geo-politics.