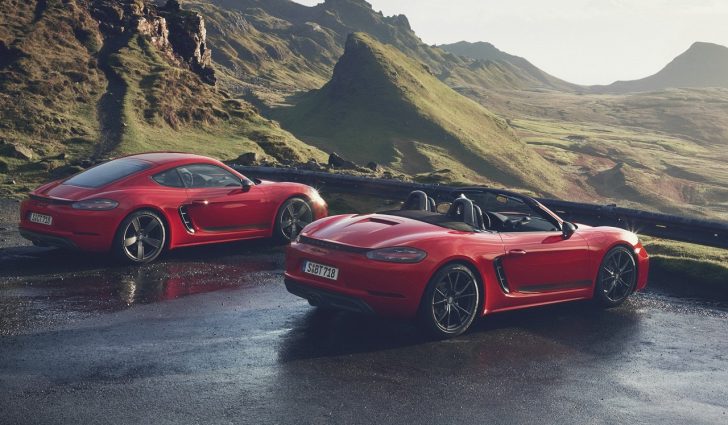 A No-Fluff Comparison: 5 Differences Between a Porsche and a Maserati

Porsche and Maserati are legends of the automotive industry, and their contemporary cars rank among the best those companies have ever built. Although they share some similarities, these two iconic manufacturers approach the automobile business differently, and it shows in their output. A quick look at five of the most obvious points that differentiate any given Porsche from a Maserati should make this clear.

Cars produced by both Porsche and Maserati regularly show up on high-end automotive marketplaces like the one online at webuyexotics.com. Neither company tries to cater to the low end of the market, with both opting to price even their most affordable vehicles at a premium.

What each manufacturer does with the money it invests in producing cars, though, is somewhat different from the other. Porsche boasts one of the most successful professional car racing programs in history, and this emphasis can be seen in its production vehicles.

While every Maserati also features plenty of power and agile handling, the Italian carmaker prioritizes luxury over performance. All Maserati models are sporty, but they tend to be quieter and more compliant than the average Porsche.

2. Porsche Belongs to Volkswagen, While Maserati is Owned by Fiat

Conglomeration has been the rule in the automotive industry for many years, and it has impacted even such legendary names as Porsche and Maserati. In 2012, Volkswagen AG scooped up German rival Porsche in an effort to attract the higher end of the market.

Italian automaker Fiat had done the same with compatriot Maserati a lot earlier, with its 1989 investment now looking like a fairly pioneering move. Both Porsche and Maserati are, as a result, part of far larger automotive groups, but what that means for each differs.

Technological sharing among marques has become the norm. For instance, many a Porsche today includes features borrowed from recent Volkswagen models. Buying a Porsche or Maserati effectively means owning a small slice of the sprawling Volkswagen or Fiat-Chrysler automotive groups, respectively.

3. Porsche is a Bit More Traditional Than Maserati

Maserati has been around quite a bit longer than Porsche, having opened its doors in 1914. Many observers regard Porsche as the more traditionally minded of the two, though, even if that conclusion is debatable.

Porsche, for instance, stuck with air cooling for its iconic 911 for many years after that approach had otherwise become extinct. Porsche still positions the engine for that sports car behind the rear axle, a longstanding arrangement that favours aggressive, skilled drivers. While Maserati has plenty of history and traditions of its own, it has recently tended to stick more to prevailing norms.

4. Porsche is Better Known Than Maserati

Any true car enthusiast will recognize both the Porsche and Maserati badges. Among people who are less obsessed with cars, though, Porsche undoubtedly enjoys more name-brand recognition.

This can be either a benefit or a drawback, depending upon a buyer’s preferences. A Porsche might attract more attention in general, but a Maserati will always feel a bit more exclusive.

5. Porsche is German and Maserati is Italian

Even though they are owned by multinational parents, Porsche and Maserati both boast plenty of flair from their homelands. German automakers are known for their engineering, and Porsche tries to live up to that reputation. Italy is considered a global leader at design, and no Maserati ever looks or feels ordinary.

Both Porsche and Maserati make exciting, beautiful cars that have fans all over the globe. There are also some marked differences between the two companies that tend to come through in their output, with the preceding five being the most notable.

Originally published on February 18, 2020 in Cars