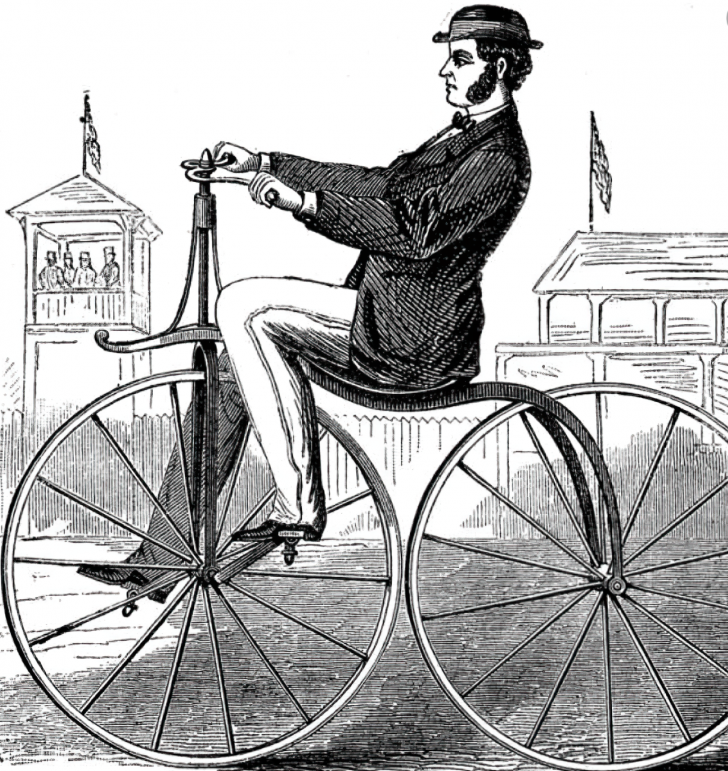 A ‘Brief’ History Of The JockStrap

You may have assumed that the term ‘Jockstrap’ originates from the fact it’s the underwear a hunky American ‘jock’ might strap themselves into.

But in actuality, it’s the other way around.

The existence of the term ‘Jock’ to describe a muscular high school athlete owes itself to the development of the ‘jockstrap’ as a means to protect athletes.

What kind of athletes do you ask? Surprisingly enough, not the horse-riding kind we think of as ‘jockeys’ today.

Let’s take a ‘brief’ look at the history of the Jockstrap, to examine its origins and why it remains such a beloved choice for men’s underwear today.

The Creation Of The Jockstrap: Bicycles And Boston

The jockstrap was invented in 1873 by the company Sharp & Smith. As a Chicago based sporting goods brand, their founder C.F Bennett was constantly searching for new potential markets and products.

And he found one in the ‘jockeys’ of that time, bicycle jockeys. Athletes of their day who were biking constantly over the streets of Boston.

The cobblestoned streets of Boston. Ouch.

Realising their junk in the trunk probably wasn’t having the best time, C.F Bennett designed the jockstrap for superior schlong support and protection.

It was mass-produced in 1897 when Bennett formed the Bike Web Company, which lasted as a stand-alone business until 2003.

The jockstrap’s influence on the ‘jock’ archetype can be seen as early as 1927 when Canadian hockey players started wearing jockstraps with a hard cup to protect against stray hockey pucks and studded boots.

From there it enjoyed mass popularity amongst athletes in Canada, spreading to the US, with specialised jockstraps available for all athletes, from swimmers to soccer players.

The jockstrap became synonymous with athleticism, which is why in the US and Canada every stereotypical highschool sitcom ever features your football-playing ‘jocks’.

Though athletes wearing the jockstrap today to play sports is less likely than it was in 1927.

The Jockstrap And Fashion

Today, we think of jockstraps as a form of fashion associated with gay and bisexual guys- though they make any man, no matter his sexuality, look fantastic.

They are designed to lift the crown jewels up and forward, thus enhancing the masculine appearance of the wearer.

Jockstraps became more of a fashion item when they were phased out amongst athletes in the 90’s for the classic brief, as the brief is still supportive while providing slightly greater modesty and comfort.

Jockstraps became a matter of fashion over function.

This is evident in the American gay community’s embrace of them during the homosexual zeitgeist of the 1950s and ’60s. Where gay male fashion embraced a hypermasculine aesthetic, featuring bomber jackets, leather jackets, military uniforms, chaps and the jockstrap.

The jockstrap with its inherent sense of confidence and masculinity was the perfect addition to this fashion and has remained popular ever since amongst gay and bisexual men.

Today the jockstrap enjoys immense popularity amongst men of all backgrounds and sexualities, due to the fact it does wonders for the male physique.

It enhances, it supports and it showcases. What more could you want from underwear?

Now you know the history of the jockstrap, it’s time to get one of your own.

Head over to Timoteo today to check out their fantastic selection of men’s jockstraps, designed to keep you feeling comfortable and sexy 247.

Originally published on October 26, 2020 in Fashion