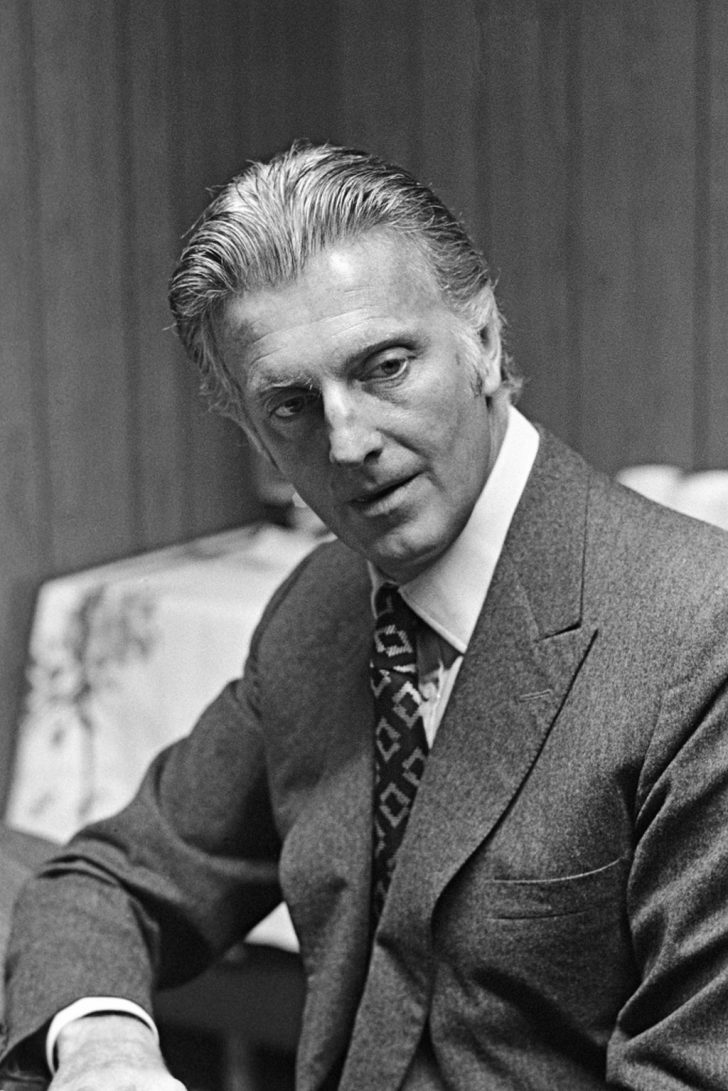 Outtake; Portrait of fashion designer Hubert de Givenchy sporting an Antigua suntan where he discussed work on his male commitments (shirts, ties, luggage and cosmetics) during an interview with Women's Wear Daily on March 17, 1970 in New York. Article title: "Eye"
0

A Brief History of Givenchy Designer

After his death in 2018, Hubert Givenchy left behind more than just the world or industry. He left behind a fashion legacy.

Founded in 1952, the Givenchy designer clothing and perfume house is and has been an undying influence on the fashion industry for over fifty years. So how did this luxury brand come to be?

Let’s explore the origin and history.

In the Beginning, there Was a Man…

Hubert James Taffin de Givenchy, the namesake himself founded the luxury fashion house, way back in the 1950s. In that very year, he introduced his first line of clothing – “Les Seperables”, clearly he was a punny man. They were simple, sophisticated, cotton-made skirts and blouses, but more importantly, they were an enormous success.

The style was chic, feminine and beautifully simple. In 1955, he changed the industry forever by introducing the shirt dress. At that point, high-end ready-to-wear clothing was unheard of, but “Givenchy Universite” set the precedent.

Later, in 1957, Givenchy made some changes. It launched its very first fragrance “L’Interdit” – a perfume symbolic of bold femininity. Thus grew a bond between the designer himself and Audrey Hepburn.

From styling her “little black dress” in Breakfast at Tiffany’s to creating a custom fragrance, they developed a clear fondness for each other.

In 1969, the brand was all set to revolutionize men’s fashion, launching the “Gentleman Givenchy”, a clothing line for men. They began acquiring their licenses, protecting their Haute Couture collections and continuing to expand into jewelry, interior decor, kimonos, and footwear as well.

To this day, Givenchy footwear continues to evolve, combining a modern blend of ultra-cool casuals as we see in SSENSE’s collection of Givenchy sneakers.

He went on to design the Hilton hotels, the Continental Mark V and eventually launched showrooms on New York’s Fifth Avenue – the landmark of high street fashion.

After earning himself the Personality of the Year award in 1979, a French award for remarkable elegance, he joined Moët Hennessy Louis Vuitton in 1988.

Soon after the 40-year celebration in 1991, he announced his retirement from the world of fashion, he’d helped build. On the 10th of March 2018, just last year, he passed away in France at the age of 91. A life well-lived, and lived in style.

The House that Givenchy Built

Since his retirement, the house has passed its execution and artistic reins through many hands. John Galliano, Alexander McQueen, Julien Macdonald, Riccardo Tisci, Phillippe Fortunato, the current C.O and the current artistic director – Claire Waight Keller.

She even designed Meghan Markle’s wedding gown for the royal wedding of May 2018.

What started as one’s man vision, evolved into a collective effort of some of fashion’s biggest stars. The man may not be physically present, but the Givenchy Designer House continues to live on.

Like this article? Explore our “Men’s Style” category for more interest content, style tips and fashion advice for men.

Originally published on September 30, 2019 in Fashion