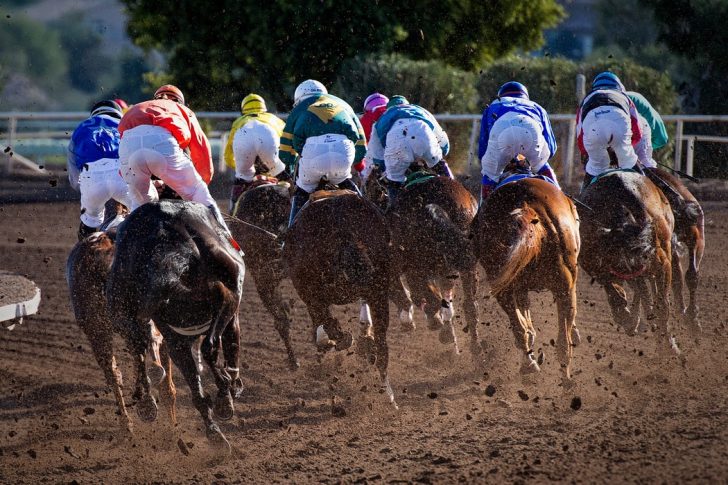 A Beginner’s Guide to Horse Racing

Horse racing is one of the oldest and most-watched sports around the world. While different nations have their national sports, horse racing remains a constant wherever you go, whether it be the USA, the UK, France, Australia, Dubai, or Hong Kong.

Unlike many other sports and pastimes, horse racing has retained many of its oldest traditions. For example, the practice of using thoroughbred horses that can have their lineage traced back hundreds of years is still commonplace throughout the world. Meanwhile, in the UK, strict dress codes that enforce formal attire are in force across most racecourses.

All of this tradition, combined with the thrill of the close competition mean that attending a horse race is an exciting prospect. But if you’ve never been to a track before, you may be a little unsure about what to expect and what you should do when you get there.

As we discussed above, racecourses in the UK typically enforce a dress code for their guests. How strict these rules usually depend on the enclosure your ticket grants you admission to.

The cheapest general admission tickets will usually just prohibit sportswear and excessive amounts of exposed skin, while the strictest can be found at the Royal Ascot meeting. This event, which is attended by The Queen, has an enclosure that requires men to wear top hats, black suits, and black shoes. The rules are equally strict for women, requiring that they wear hats, and placing restrictions on what parts of their bodies must be covered and even the colors of the fabrics that do the covering.

While in some other countries, these dress codes may not be as strict as wearing a tophat and polished black shoes, most race tracks do require guests to present themselves in a respectable way. In the US, most venues still won’t allow sportswear, and more expensive tickets will require shirts to have collars and men to wear jackets.

To avoid embarrassment, check the dress code ahead of time. You can usually find it on the venue’s website or on the back of your ticket. You can always contact the venue by phone, email, or even social media if you have any questions. If you’re still unsure, play it safe and dress smarter. After all, you can always take your tie off if you don’t need it.

How to Bet on Horses

Horse betting is about as old as horse racing itself. British nobility and royalty, who have been involved in the sport for the entire history of thoroughbred racing in the UK, were known to have regularly wagered on the races they entered and watched. Betting, of course, wasn’t done on the same scale as it is today and was mostly just informal bets agreed between friends.

Across the pond, horse racing was one of a small number of sports that were exempt from the Professional and Amateur Sports Protection Act that prevented sports betting in the US until 2018. This was in recognition of the symbiotic relationship that the two have. Without betting there wouldn’t be horse racing, and without horse racing, there wouldn’t be betting. It is also why race tracks can be found right across the country, even in states with relatively strict laws on betting.

If you’ve never placed a bet on a horse before, you may be tempted to follow one of the popular beginner “strategies” of either backing the favorite or placing bets on the horses with the most interesting or amusing names.

However, a more prudent way to pick which horses to bet on is to check out some horse racing guides, particularly ones that focus on the track you’re attending. You can also often find picks from professional handicappers who spend their lives analyzing horse racing stats and data to make informed decisions.

Professional handicappers may look at which starting positions are most likely to yield a win, how well a horse has fared over the same distance in the past, and whether the current weather and track conditions are favorable to the horse you’re considering.

It’s also important to manage your bankroll. Set a budget for the day and don’t go over it, don’t put it all on the first race, spread it out over the day so you can wager later in the day.

Every sport has a set of terms and phrases that can sound like a foreign language to non-aficionados. In the NFL, fumbles, sacks, and downs will sound like gobbledygook to anyone who doesn’t follow football.

The same applies to horse racing. It’s a sport that still uses units of measurement not found anywhere else. Tracks are measured in furlongs, which are equal to 220 yards. “Horse length” is another unit of measurement, typically used to describe the distance between competitors while out on the track. It’s similar to “car lengths” that you may use while driving or watching motorsport. Meanwhile, “hands” are used to measure the height of a horse. It’s equal to four inches, which is roughly the breadth of most men’s hands.

If you’re also going to play the ponies while you’re there, you’ll also need to understand the betting terminology, since you won’t find any spreads, totals, or moneylines here. Instead, the three main types of horse race bets are win, place, and show. While “win” is self-explanatory, place and show also payout when your horse finishes in other positions.

Other words like nap, ante-post, banker, pulling, silks, andyearling may leave you feeling puzzled. Thankfully, horse racing publications and some smaller websites have big glossaries of all the horse-racing terms you might hear while at a meeting.

Remember to Have Fun

With so many new things to understand and remember, it can be a little overwhelming when you attend your first horse race. However, it’s important to just remember that you’re there to have fun, soak up the atmosphere and enjoy the action-packed racing.

Originally published on January 25, 2021 in Entertainment