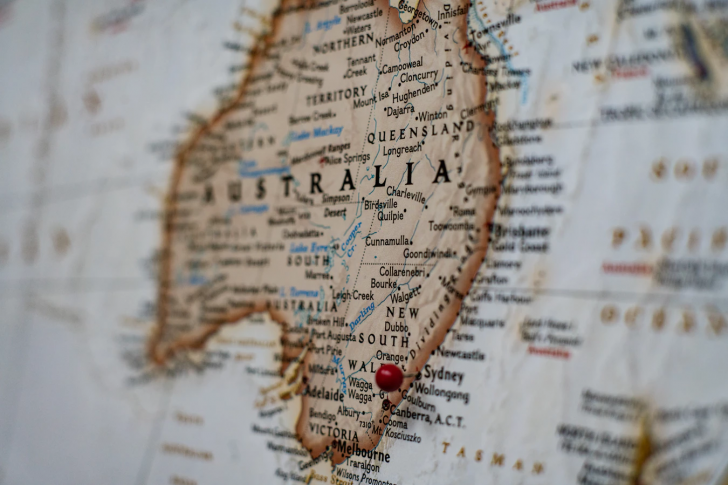 7 Reasons to Date an Aussie Bloke

Australia is one of the most popular travel destinations in the world, and one of the most beautiful places to be. People interested in surfing, diving, backpacking, camping, and road trips visit Australia year after year for unforgettable experiences against beautiful backdrops. But did you also know that Aussie blokes are some of the hottest out there? Well, because I know that this may sound like a bit of an exaggeration, don’t just take my word for it! Read on and judge for yourself.

If you’re into having fun through adventurous outdoor experiences, then you and an Aussie are a match made in heaven. From hiking, to mud marathons and extreme outdoor sports, your Aussie boyfriend will gladly entertain all of your suggestions and enjoy them too. Because Australia’s terrain is like hitting the jackpot for swashbucklers, daredevils, and adrenaline-junkies, it’s always wise to consider investing in insurance and start by switching health insurance plans, extend your stay a bit, and live life to the fullest! This way you won’t have to worry about whether you’re covered or not if something goes wrong, and won’t have to go through the embarrassment of asking this hunk to cover your expenses!

His accent is magic

I mean, have you heard Chris Hemsworth speak? The Aussie male accent is simply one of the most amiable on Earth; it’s a tad rough – messy, even – and very animated with the various shifts in the intonations that flow steadily, quickly, and softly. It’s also very grounded on the British inflections, with the swankiness removed and the edges roughed up. Oh, need I say more?

He’s sweet to everyone

Unlike many guys who are only courteous to you and a nightmare to the waiters and valet attendants, the Aussie man treats everyone with kindness and respect, even if it’s someone he just met. This is because Aussies in general are known to be egalitarians, meaning they believe that everybody should be treated with equal respect, regardless of their gender, race, educational background, or social status.

His sense of humor is unparalleled

Looks may fade, but what’s more precious than a man that can make you laugh? Whether it’s self-deprecating, a friendly banter, or highlighting a big irony, Aussie blokes sure can pull a good punch line effortlessly! The Australian sense of humor is deeply rooted in their history. Back when they first settled, those migrants had to face a rough life, an initially infertile land, and an unfamiliar harsh weather. In the face of doom, awesome Aussies turned to humor to lighten things up, and it stayed with them – lucky for us!

The perfect companion to a good sense of humor? A good cup of coffee! If you like a good brew, and a date with good conversation, the Aussie man is perfect for you. In Australia, coffee is more than a morning pick-me-up. It’s a ritual, an offer of hospitality, an essential part of the culture, and a basic commodity and it’s probably the second most appreciated beverage in the country, after beer of course!

He’s not afraid of spiders

Many people are scared of spiders, and there are a lot of them in Australia. And while they’re not nearly as dangerous as people make them out to be, many still squeal when they see one. While it’s quite normal for a man to equally suffer from Arachnophobia, an Aussie bloke doesn’t come with that option (possibly because he’s gotten familiar with them over the years?). He will gladly rush to your rescue, gently telling the spider to go home, and making you feel safe.

Having grown up next to the beach, with outdoor sports and Vegemite, an Aussie bloke is usually bursting with vitality. He is also a generally confident, happy, and relaxed being – he doesn’t like to complicate things, and is extremely laid back. Another great quality is that he likes to keep it real with direct conversation, and has no interest in drama. The best part of this is that you know what you’re getting, and you will – most – know what’s going on with him too.

Hugh Jackman, Chris Hemsworth, and Eric Bana are just a few names of the sexiest Aussie men we all know and love. But the Aussie male’s charm extends beyond the movies, and you deserve to experience that first hand. The bloke is an exciting, sweet, polite, funny, upbeat, easy-going creature with an enchanting accent, a love for coffee, and who is not afraid of spiders! What’s not to love? He may not be getting the credit that will do him justice in the dating world, so, if you’re thinking of dating an Aussie bloke, we say go for it!

Originally published on July 17, 2019 in Relationships