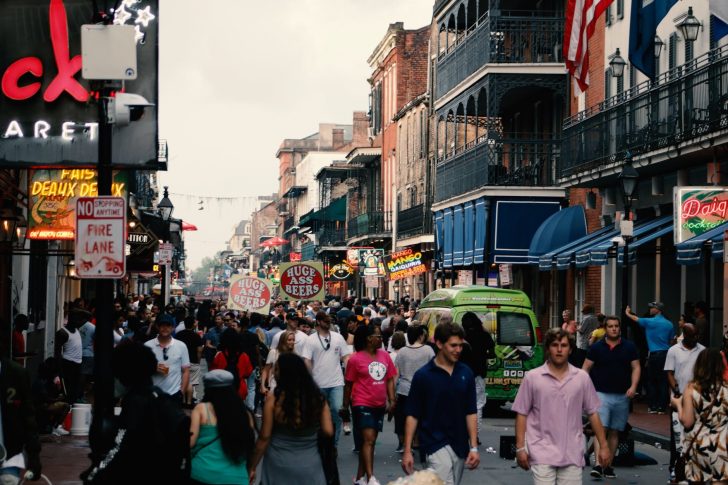 6 Places to Visit to Find the Most Delicious and Unique Cuisine in the U.S.

New Orleans is known for a variety of different dishes, but gumbo is definitely one of the most popular ones. Gumbo is a type of stew made with different types of vegetables and beef, pork, and/or seafood. It’s most often served on top of rice, but it can also be eaten by itself. If you’re ever in New Orleans, be sure to make a stop at The Gumbo Shop in the French Quarter.

2: A Little Bit of Everything in San Francisco

San Francisco has one of the most diverse selections when it comes to food. Neighborhoods such as Chinatown (famous for its Chinese food), North Beach (famous for its Italian food), and The Mission (famous for its Mexican food) are hotspots for international cuisine. A lot of the food here is locally sourced, making a trip to the farmer’s market another good way to try out a variety of foods. Coffee is another favorite of the city, with Peet’s Coffee being started right in the Bay area.

North of San Francisco, you’ll find Napa, famous for its wine tours, but it’s also famous for its gourmet food. Any wine connoisseur will tell you how to properly pair wines with certain dishes, so, of course, you’ll be able to find some of the best cuisines in wine country. Both Italian and French food are known to go very well with different types of wine, so Genova Delicatessen and Ravioli Factory and Bistro Jeanty are two restaurants worth checking out in Napa.

Situated right on the coast of South Carolina, Charleston is the perfect place to enjoy traditional low country cuisine, including a low country boil, which consists of shrimp, sausage, crab, potatoes, and corn. Most dishes here consist of seafood, and other popular dishes include shellfish over grits, lobster rolls, oysters, and even low country-style gumbo.

Chicago is most famously known for its deep-dish style pizza. This type of pizza is loved for its deep crust, topped with globs of cheese, sausage and/or pepperoni, and then topped with all of these ingredients again before being finished off with tomato sauce. This pizza is probably the only kind where everyone will agree that it’s acceptable to eat it with a fork.

Similar to Chicago, New York City is known for its pizza— but it’s almost completely opposite of Chicago’s deep-dish pizza. Instead, New Yorkers prefer a thin crust with tomato sauce, cheese, and a variety of different toppings. Two of the best pizza places to visit in NYC are Grimaldi’s Pizzeria and Joe’s Pizza.

Similar to San Francisco, New York City is known for having a diverse selection of eateries throughout all five of its boroughs, especially Queens. Queens is known for being the most culturally diverse borough of New York, offering Greek cuisine in the neighborhood of Astoria and Indian food in Jackson Heights.

New York is also famous for bagels and cheesecakes, and the streets are usually filled with vendors offering a variety of different snacks and treats. The city has a pretty good public transportation system and other methods of traveling, such as walking, biking, or even an NYC charter bus rental for families and large groups.

Though many international dishes found in the U.S. may not compare to their original counterparts, they’re still worth trying, as are the dishes native to certain regions of the U.S.

Originally published on August 19, 2021 in Travel