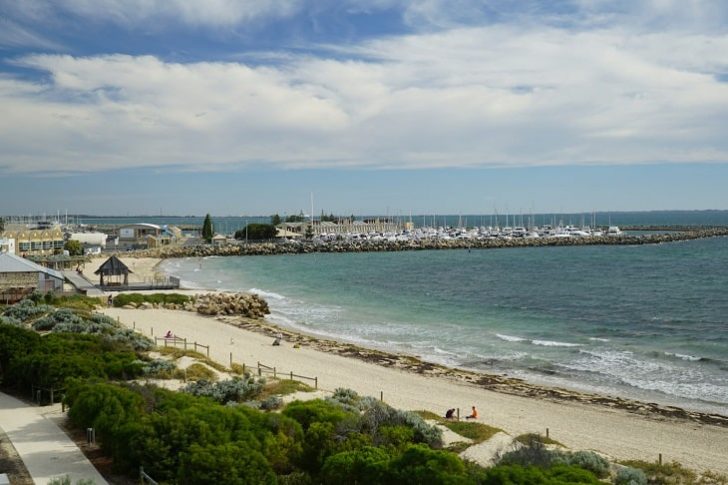 4 Things To Do In Fremantle, Australia

When people think of Australia, they don’t think of the smaller coastal towns. It just isn’t on their radar, but Australia has so many of these beautiful little towns and cities that are so worth visiting. But you only know about them by reading about them. Fremantle is one of these great, little known city in Western Australia that many foreigners have never even heard of. Big during the pearling era, there are so many things to do in Fremantle that are completely worth a trip out.

The best part about Fremantle is it’s so close to the city of Perth so it’s totally doable to only do a daytrip if you’re visiting Western Australia’s largest city.

Round House
Of all the things to do in Fremantle, the Round House is definitely up there. This historic, 19th century prison was one of the first permanent buildings when Fremantle became a settlement.

Totally free of charge to go in, you’ll learn all sorts of awesome things about the city as well as see the living conditions that the prisoners faced. Hint: it’s not AS BAD as you would think.

Maritime Museum
You can’t visit Fremantle without a trip to the Maritime Museum since the entire city is a settlement because of maritime history. Fremantle was one of the first settlements in the area and this waterfront museum is a must-see thing to do in Fremantle. You can get a guided submarine tour, see lots of amazing vessels and you’ll get a great history lesson about the importance of maritime in Fremantle as well.

WA Shipwrecks Museum
There are lots of things to do in Fremantle, but this museum is certainly unique and not even just to the city. There aren’t lots of shipwreck museums out there, so this free museum is totally worth a visit.

Located in an awesome 1850s-era Commissariat building, the galleries have amazing relics of wrecked ships along Western Australia’s coastline. The coastline is rough on ships, so there’s certainly no shortage. Some of these ships date as far back as 1629. That’s some pretty incredible history and something you can only get in the city of Fremantle.

Bathers Beach
The last thing on your list of things to do in Fremantle should include Bathers Beach, because no coastal city’s list of attractions would be complete without a visit to the coastline. This beach is not only beautiful, but it’s also a lovely place to unwind after a long day of museum hopping and sightseeing.

If you’re ever near Perth, be sure to check out all the amazing things to do in Fremantle. You certainly won’t be sorry you took the half hour trip out there.