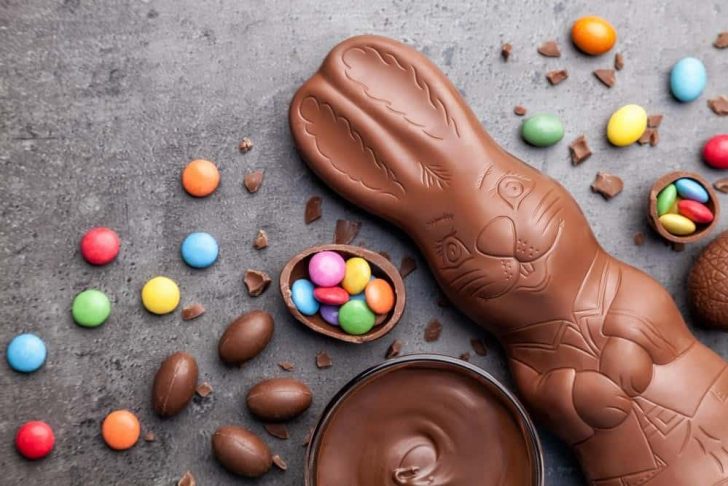 4 Reasons You Should Eat More Chocolate

If you have a sweet tooth, like I do, then you’d know how hard it is to fight that craving for chocolate. Fighting hasn’t worked for me, and starting with the last Easter break, I finally resorted to chomping small portions of high-quality chocolate instead of those bags of chalky eggs I used to crave. Now, I can tell you this with genuine affection that chocolate is good for you.

It was the Holy Week in early April, which meant lots of yummy chocolate Easter eggs were passed around during brunch, and some saved for later. If you’re a truther, like me, preparing homemade Easter chocolate to gift your kids and friends would have done them a lot of good, trust me.

So, if like me, you had a chocolate feast this past Easter, read on to find out why you should eat chocolate every now and again.

According to a new research, chocolate contains rich ingredients that can make you smarter. The study identified flavonoids in cacao to possess the nutrients to boost memory processing, speed and attention. However, the researchers advised that only dark chocolate of 72% cacao and above are healthy for your consumption.

The choice of dark chocolate is on point as it has a rich history of being used for medicine. In fact, the scientific name for cocoa – Theobroma Cacao – translates to “food of the gods”, and in the past, cacao was drank to increase mental focus as the Spanish explorer, Hernan Cortez, found out after his invasion of Mexico.

Again, chocolate causes the release of neurotransmitters like dopamine, and there’s research to explain the benefits of dopamine in improving long term memory.

Consuming quality chocolate has been linked to healthy cardiovascular function in the body. Research has shown that when you eat chocolate that’s rich in flavonoid, the nitric oxide in your system is spiked to give you a healthy vascular function. And the more nitric oxide that is produced, the better chances your body cells have to grow and the less likelihood of your blood vessels clotting.

To back this argument, Chief Medical Editor of Harvard Health Publishing Howard LeWine published a post on the study of the health of almost 21,000 residents of Norfolk, England, who either ate chocolate or didn’t eat for up to 11 years. On the whole, those who ate 3.5 ounces of chocolate a day had lower risk of suffering heart disease than those who avoided eating chocolate.

Chocolate Helps Bust the Fat around Your Waistline

This might sound incredible, but it’s true. A book published by neuroscientist Will Clover titled “Eat Chocolate, Lose Weight” might just be all you need to salivate over chocolate. And here’s the consumption guide from Dr. Clover: eat chocolate 20 minutes before lunch and dinner, and eat chocolate five minutes after lunch and dinner.

Like you probably know, high insulin level in the body leads to your cells storing up more fat than you need, but it turns out eating dark chocolate for fifteen days straight reduces increased production of insulin. Again weight loss experts and dieticians have noted that chocolate contains healthy fats that lead to decreased insulin absorption into the bloodstream.

“If your vacation idea includes going to the beach, then you might want to stock up on a few bars of chocolate. Summer is usually the best time to do this, but munching rich, flavoured, dark chocolate with all the goodness of flavonols is a great way to protect your skin from sunburn,” suggests P.K. Scheerle, RN from Gifted Healthcare, a travel nurse agency.

In one research involving two groups of women who ate chocolate for a period of 12 weeks, it was discovered that the group who had chocolate that was rich in flavanol witnessed increased skin density and thickness more than those who consumed low flavonol chocolate.

As we’ve seen, the benefits of eating chocolate are supported by research, and researchers have advised going for dark ones with 72% cacao. Besides that, what could ever stop you from having a bite from a delicious chocolate?