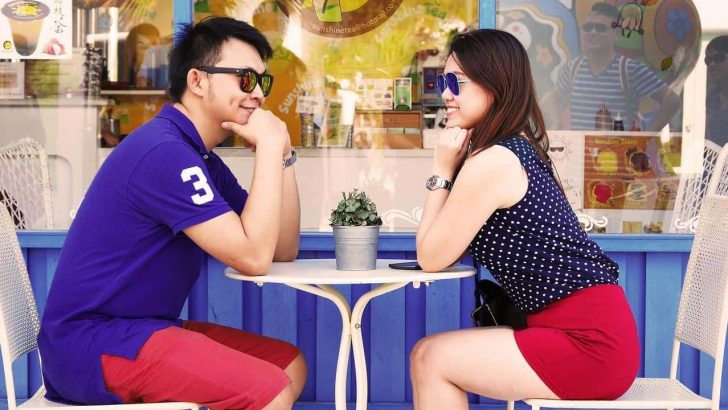 To date or not to date. Swipe left or swipe right? Meet in a bar or head to an arcade? These are all decisions you have to make with any potential date. But, there are a few interesting facts you might not know about the dating apps you are using.

From telling lies on a dating app to which apps are more popular and see more marriages, not every date will lead to an “happily” ever after. But you can still have tons of fun meeting new people and hanging out together.

Despite Tinder’s popularity, Match remains the number one dating app. With over 23.5 million users, it remains the most visited online dating app for romance, meeting friends and hookups. And, the occasional psycho or two you thought looked way too irresistible in their images. Match is so popular it gets up to about 40 million visits every month.

The genders that visit match are evenly distributed with about 49 percent men and 51 percent women frequenting the site. While its good to know that there’s plenty of man candy and boss babes, that doesn’t mean they’re all great catches. Hence, you have to get into the dating pool and be patient to find the right one. Tip: Don’t go to dinner with every date that only wants a free meal. Meet for coffee instead. Tip 2: Don’t let the rejects on dating apps stop you from finding “the one”. A male friend went on a date with a guy he thought would be the one, so he asked, “Which was your worst date?” He said, “This one.” Check, please!

2. eHarmony Has Even More Questions

Next up is an interesting fact about eHarmony. While the site sees about 4 million viewers each month it’s also responsible for 4 percent of the marriages in the United States. But, a cool thing you might not have known is that eHarmony’s 29-dimension compatibility test has nearly 400 questions. What some find a turnoff with eHarmony is that you can’t filter out features you don’t want. I guess they assume that with the compatibility test, you’re being paired up with people that are your ideal matches. I don’t know about you, but that sounds like parenting mom’s way to fix you up because “you have so much in common”. For me, first impressions are more important and who doesn’t love a little sexy, eye candy, right?

Third and finally, is the number of lies people tell on dating apps. Over 50 percent of people on dating sites lie. But, it’s what they lie about that’s interesting. About 20 percent of women use pictures from when they were younger. While 40 percent of men will tell lies about their employment. I can see using pictures when you were younger. Who doesn’t want to show off their beach bod from a few years ago? Women and men might want to show off their best tan or that trip to Cabo when they caught that stomach bug and were down to their ideal weight. But, lying about jobs? Just say you’re freelancing or consulting at the moment. And, then whip out pics from fab time in Cabo.

4. They’ve Got Your Data

Finally, one fact that may be a little hard to hear is that if you use any of the most popular apps, they likely have way more data than you think. Many dating apps people use the most are owned by the same partent company. For example, InterActiveCorp (IAC) owns popular dating apps like Match.com, Tinder, OKCupid, Chemistry.com and more. These apps collect not only what you provide (like name, age, photo) but secondary information from apps you connect (like your friends on Facebook) and even location information. Additionally, according to a report by ProPrivacy.com, these companies are collecting the messages you send within the apps and can even publish your information in other dating apps within their portfolios.

Finally, it is common for these apps to sell your information to advertisers who can then better target you for goods and services. No wonder 62% of dating app users are worried about the amount of personal information they are providing to these apps.

Originally published on June 12, 2019 in Relationships