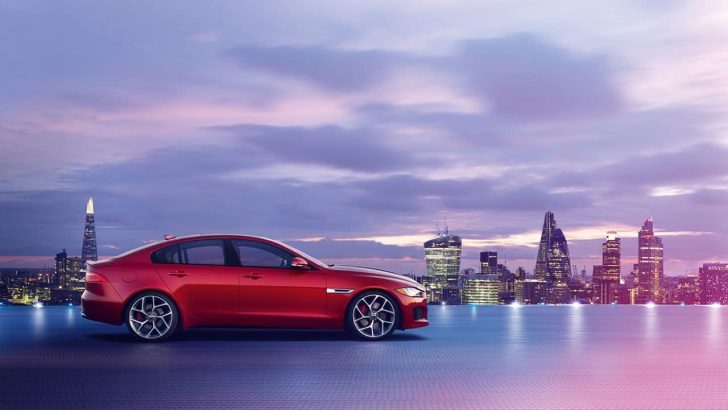 Jaguar is taking another shot at the entry level luxury car market with the new XE sedan, which is a spiritual successor the Jaguar X-Type, a car which was not very successful. However, Jaguar is trying to change that with the XE, which not only looks good but also is quite the performer.

In Canada, the Jaguar XE is available in five trims, the XE has the same trim names as other offerings by Jaguar, staring with the base XE called “Premium” and the top of the line “Portfolio” 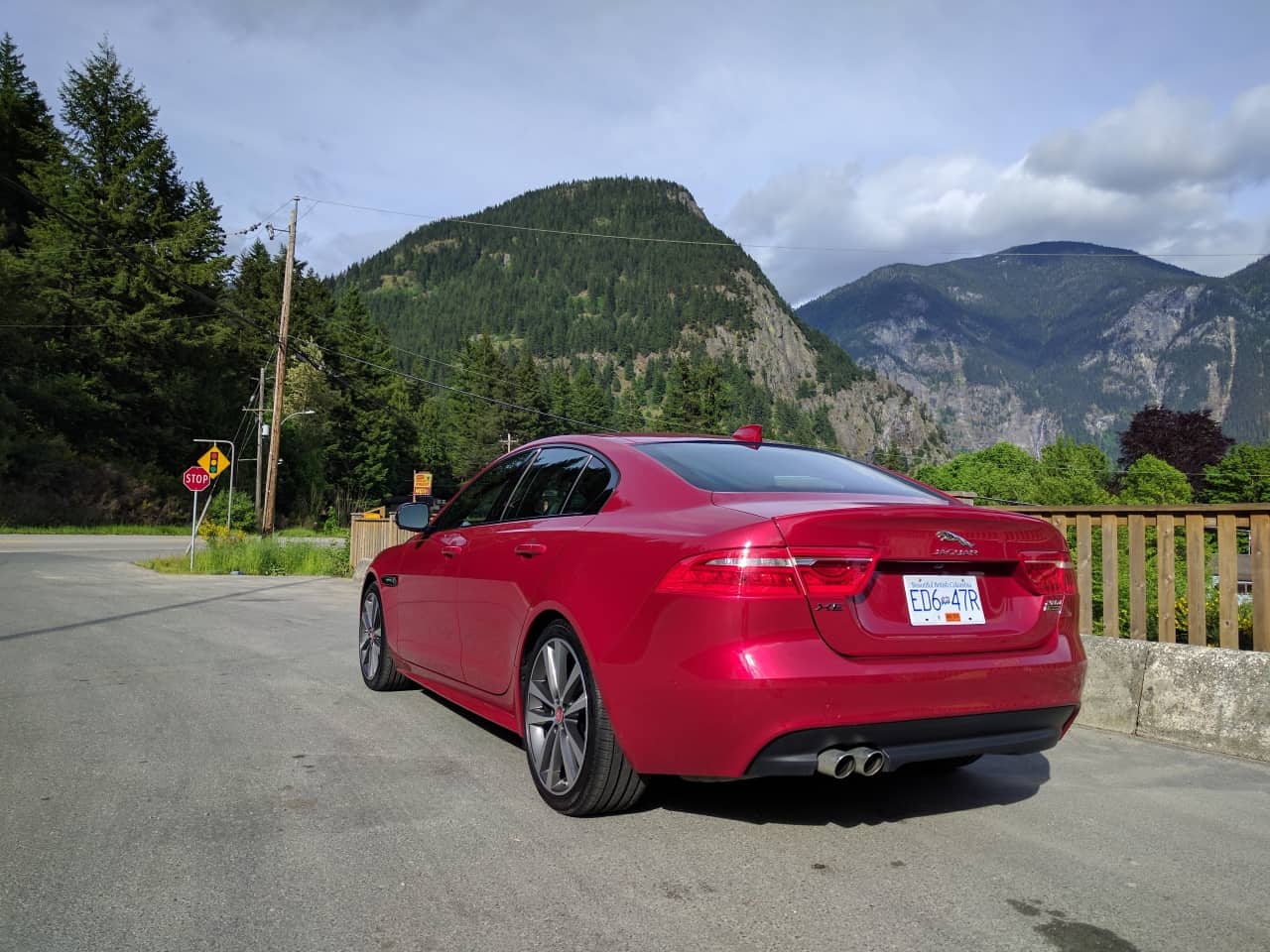 In Canada, all of the trims on the XE come with AWD only, power is sent via an 8-speed ZF automatic transmission. 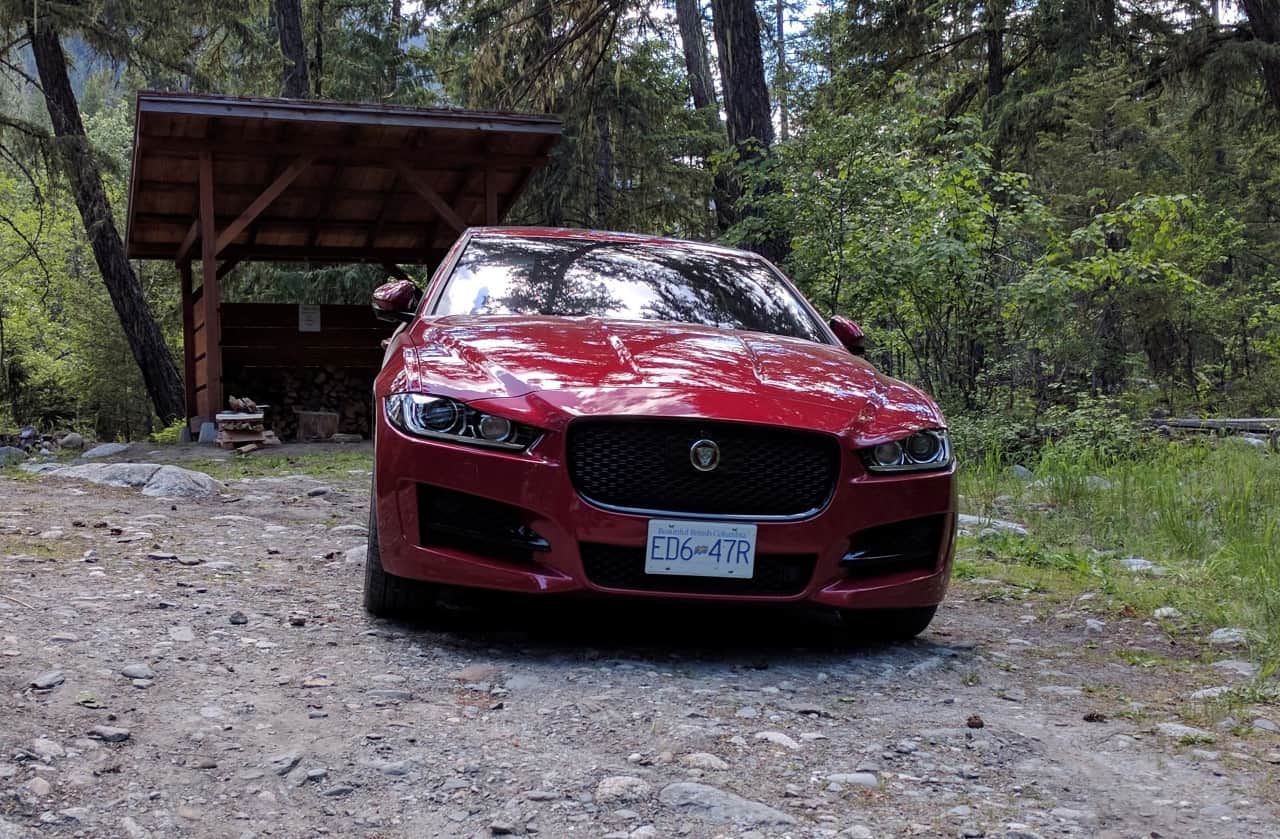 The Jaguar XF I reviewed recently, also came with the same 2.0 liter 4-cylinder diesel engine, the XF was fast enough, but it was a bit too much of a car for the small diesel engine. However, on the XE, the diesel seemed plenty powerful and I enjoyed the drive a lot more in the XE than I did on the XF, because of the smaller size and lighter weight of the XE.

The XE is a very nice handling car, it feels light on its feet and is a lot of fun to drive. The suspension is very sporty, I didn’t think it was too hard after a long drive. The steering has a very quick ratio, giving the car a very “zippy” feeling, makes you want to just weave in and out of traffic.
The diesel engine on the XE is powerful enough and the 318 lb-ft of torque makes the car feel fast at low speeds. I didn’t have any complaints about the diesel engine, but I would love to get a taste of what the XE S feels like, with its 380 hp.

The transmission is silky smooth, Jaguar/Land Rover uses this ZF transmission in all of its vehicles and like most automotive journalists, I’m a big fan. It shifts gear quickly and always seems to be in the right gear, and driving around in Dynamic mode, the shifts are extremely fast.

On Jaguar XF I complained about the amount of noise produced by the diesel engine. On the XE, I wasn’t as bothered by the engine noise, not that the engine on the XE was quieter, but because it is a cheaper car and I guess my expectations were a bit lower and also the interior of the XE has more wind noise, making the diesel engine noise a bit less noticeable. I would still like it to be quieter, I mean it’s still a $60k+ car.

The interior on the XE looks very similar to the interior of the XF, you’d be hard pressed to tell the difference between photos of the two interiors, the XE however doesn’t have the automatically closing/opening air vents. The XE’s interior is also less spacious, as it is a smaller car, but I found it to have plenty of space for me. 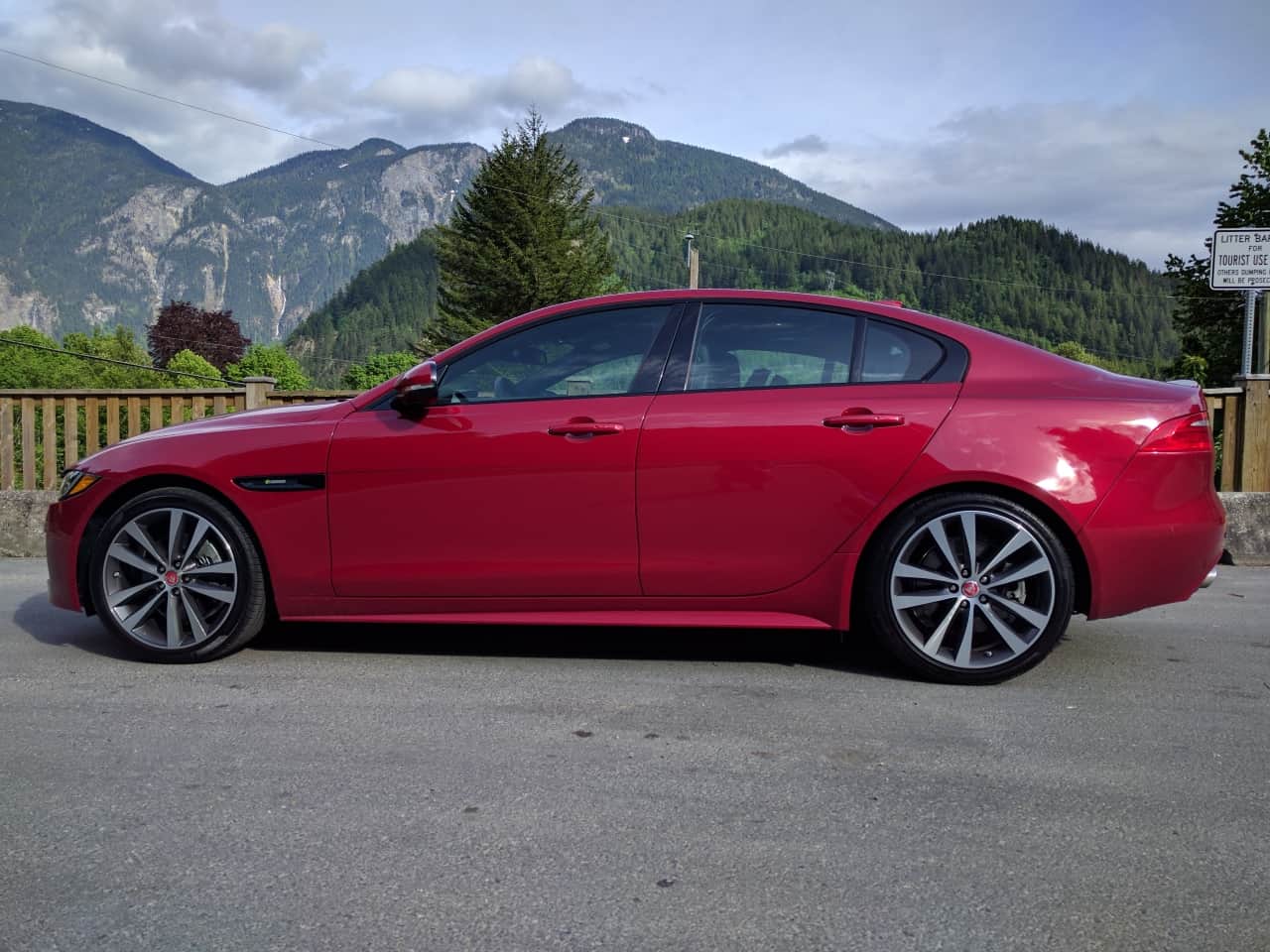 The XE’s exterior is also very similar to its bigger brother XF, again, at first glance it’s hard to tell the two cars apart, but upon closer look there are subtle difference between the two cars. The XE has smaller exterior dimensions and I think it’s a pretty good looking car. Styling is a subjective matter, so some people might like the XE’s styling and some might not, I think it’s not an offensive design and does look quite elegant. You’re also getting the styling of the more expensive XF at a lower entry price.

I personally liked the XE a lot, even more so than the XF, not that the XF is a bad car, I just like the smaller size of the XE, which translates to lower weight and a more fun driving experience. Our car did come with the diesel engine, but I would also love to review the V6 powered car, which will perfrom even better in my opinion.

For more information on the Jaguar XE, check out jaguar.ca.