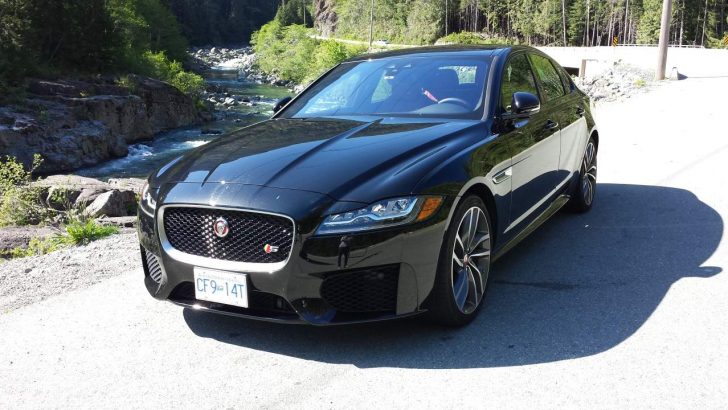 The Jaguar XF sedan was introduced in 2007 as a successor to the S-Type sedan, since then it has seen a facelift and an all-new 2nd generation complete makeover, introduced last year. Last week we had the opportunity to drive this British mid-size luxury/sports sedan.

The XF is in a class of well-established European sports sedans like the Mercedes-Benz E-Class, BMW 5-Series, and Audi A6. There is also some competition from the Japanese, from Lexus and Infiniti, and American competition from Cadillac. But mainly the XF would be cross shopped with the three European cars mentioned above. 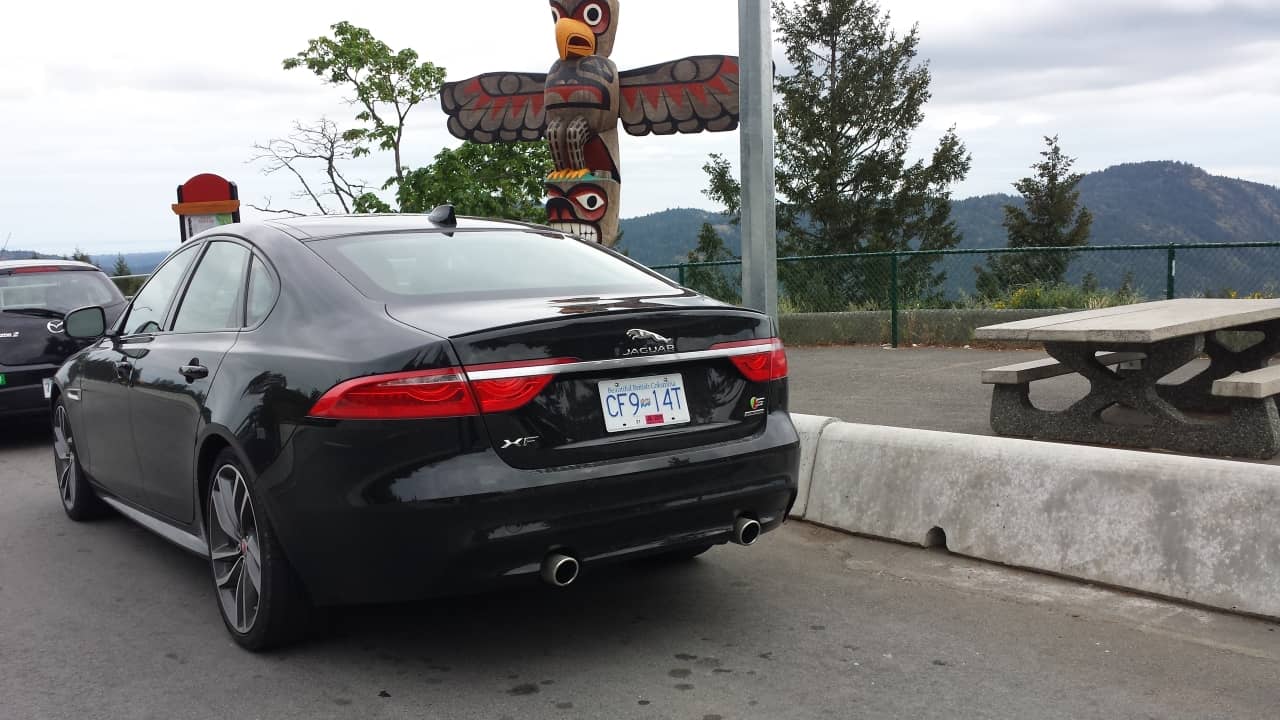 Driving the new 2nd generation Jaguar XF S is quite fun, the supercharged V6 engine makes some very nice exhaust notes and has lots of power. According to Jaguar, the XF S does the 0 – 100 km/h (0 – 62 mph) sprint in 5.3 seconds and reaches a top speed of 250 km/h. It is a very fast car and the AWD system puts the power down very nicely, with the help of the excellent 8-speed ZF transmission, which is found in a lot of new European cars. Shifts are very quick and fun, especially in the sport mode, gears can be manually selected via the steering wheel mounted paddle shifters.

In normal mode, the XF is a quiet and relaxed driving luxury sedan. Press the “Dynamic Mode” button and shift the transmission into “S” and the leaping cat really wakes up. In these modes the XF S becomes a very angry car, urging you to chase down other cars and hit up some twisty roads. The steering wheel becomes much firmer and shifts are held much longer. This is the mode to have some real fun in. 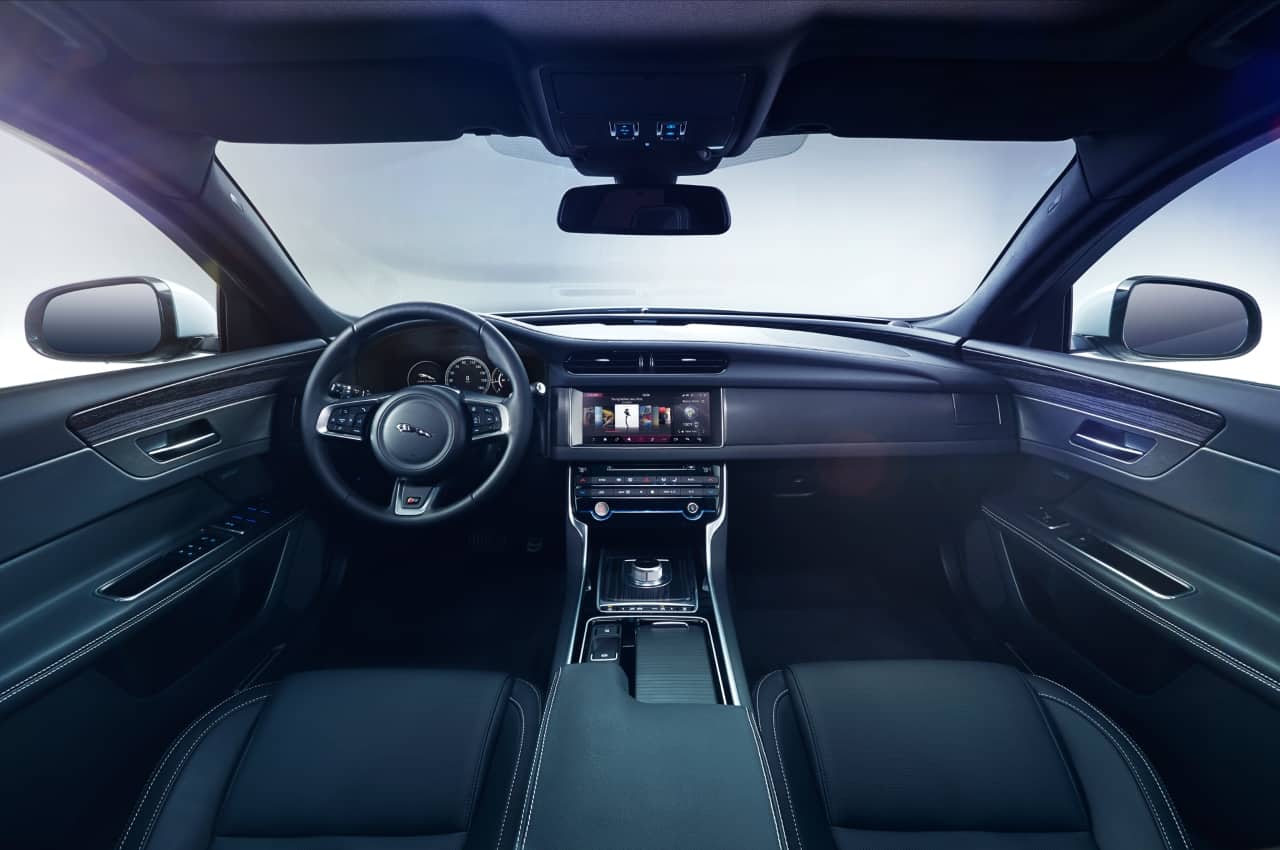 The interior on the XF is similar to the outgoing model, but it has been updated and it looks more modern. The pop-up gear lever and the auto-closing/opening vents are still present. The 2016 XF features a new infotainment system, which is a big improvement over the previous system; typing on the touchscreen is much faster, the lag between pressing a key and getting a result is non-existent. The touchscreen on our review car was the 8” unit, an optional 10.2” unit is also available. There is also an optional large, 12”+ TFT screen, available, which replaces the gauges and digitally displays speed, rpm, maps etc.

The interior is also very quiet and roomy, I did however notice quite a bit of wind noise at highway speeds, where the window meets the top of the door. There is lots of room for the front occupants, and now there is extra room for the rear passengers thanks to the extended wheelbase.

The 2016 Jaguar XF can be loaded with lots of tech gadgets, below is a list of some of the main tech and safety equipment available on the XF. 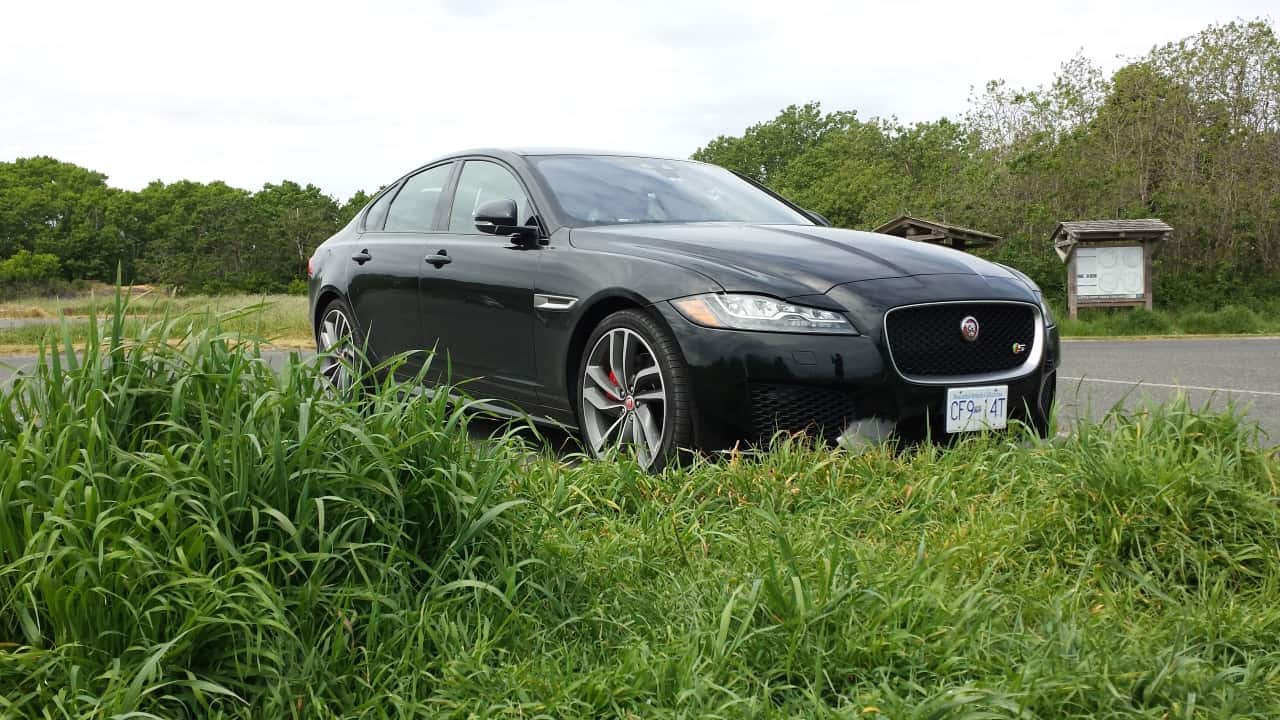 The exterior design on the new XF is an evolution of the previous generation car, if you just look at the pictures. But seeing it in person, it does look a lot different and if you park the 2015 and 2016 XF next to each other, then you’ll see major differences. The styling on the 2016 XF has matured and it looks fresh, our review car had lots of heads turning. I personally was a big fan of the previous generation car and I think the new XF looks very striking.

The overall length of the car is 1/4” shorter than the car it replaces, but the wheelbase is 2” longer and the roof is lower. Giving the car an even more athletic look.

I think the 2016 Jaguar XF is an excellent car, I wasn’t too sure about the design of it when I first saw pictures of it last year. But seeing it in person, I can definitely appreciate the subtle changes in the design and I think it is a very handsome looking car. It’s definitely a good alternative to BMW and Audi’s design, which are hard to tell apart from different generations.

The XF has a nice comfortable ride and is also very sporty and the 380 horsepower is more than enough to keep a smile on your face. And if history is to repeat itself, we’re definitely going to see more powerful “R” versions of the XF, which could/should have 500+ horsepower, perfect for those looking for maximum thrills from a sedan.