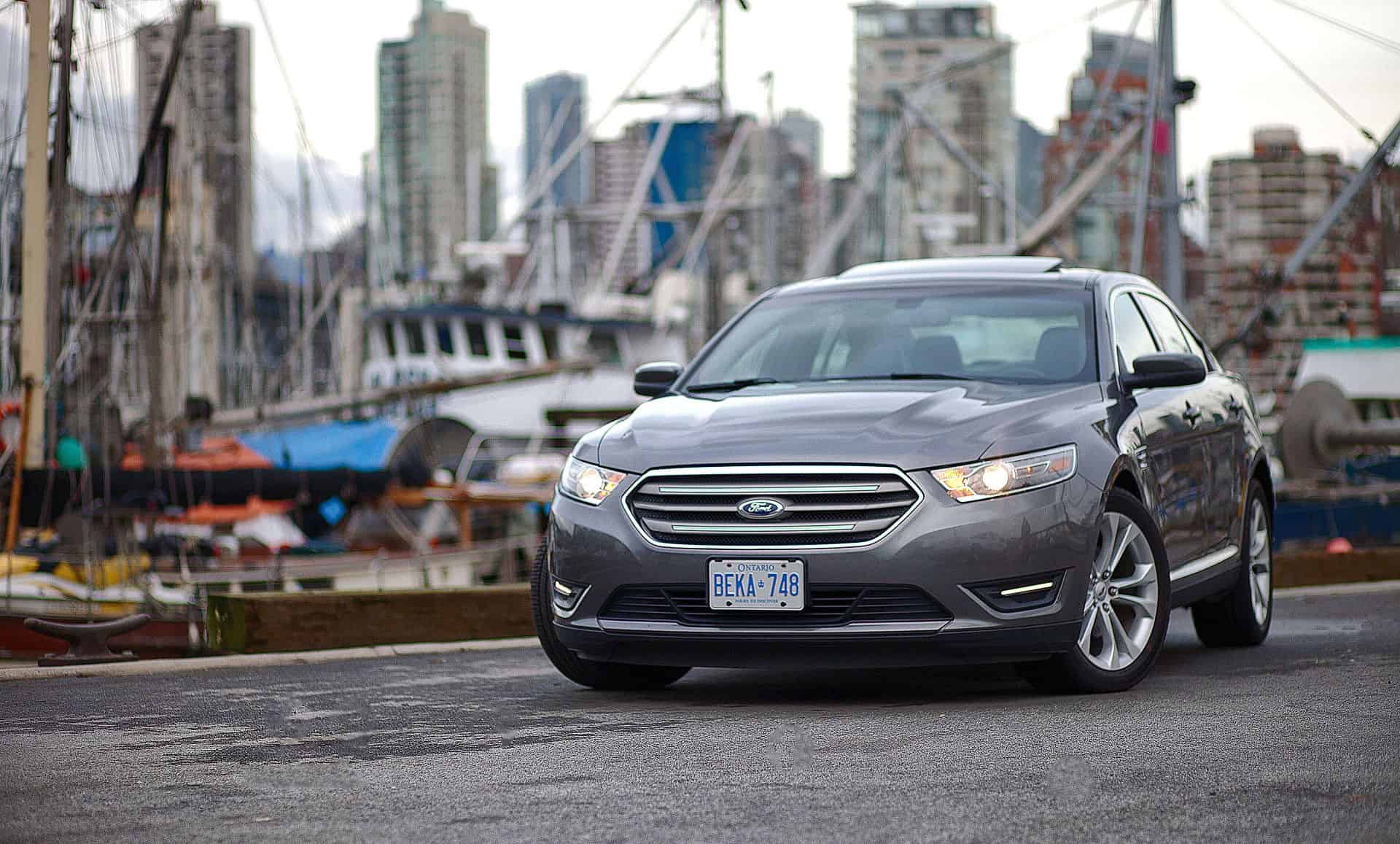 Since the economic turmoil of 2008, Ford has been leading the domestic market in re-branding itself and giving the company a fresh start. Ford has survived the recession without the threat of going bankrupt (as far as we know); they’re finally showing their true colors and are ready to compete with the European and Japanese manufacturers.

In my opinion, domestic vehicles are boring and very unattractive compared to their European and Japanese counterparts. The recession in 2008 was a wakeup call for the domestic manufacturers that they really needed to step up to the plate. Ford has performed that feat flawlessly with the revamp of their entire vehicle lineup. 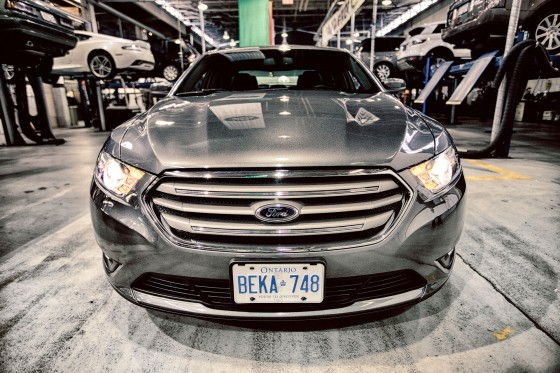 I had the opportunity to drive the new 2013 Ford Taurus FWD SEL for a week and I wasn’t left disappointed to say the least. The new Ford Taurus is night and day compared to the previous model. The new model is smooth, sleek, and aggressive, almost Aston Martin-esque styling. The car looks big from the outside and has loads of space on the inside, yet when driving it, it is nimble and very responsive.

Our test model with PDI and destination charges, topped out at $41,949 excluding taxes. The styling on the Ford Taurus is very appealing to the eyes. The front fascia is very eye-catching and I don’t think I would get tired of looking at it. The previous generation Taurus (also known as the Ford 500) looks literally like a box compared to the new design. The front grille reminds me somewhat of an Aston Martin DB9. The flow of the lines work their way to the back to give it a sleek look. The only let down about the outside design of the car is the rear; it seems not much effort was put into designing the back and it doesn’t really flow with the rest of the design, in my opinion. The interior on the Ford Taurus is huge. You get lots of leg and head room and everything is in reach and feels very comfortable. The soft touch materials on the dash and center console feel nice to the touch but there is not a lot of padding under it as I could feel the frame below the thin lining on and around the center console. The 8 inch screen is very user friendly and bright. The sense touching controls for the HVAC system on the center console was a little weird to use and took some time to get used to.

I was very disappointed with the sound system on the Taurus. If I am paying almost $42,000 for a car, I expect to have an excellent audio system. I found the audio system to be subpar and could find a better audio system in a car half the price.

The SYNC system is able to read Bluetooth devices, MP3, USB, and SD cards. One thing I have noticed with new Ford vehicles is that they have gotten rid of the Auxiliary port. I think Ford should really incorporate the Auxiliary port as it is a very convenient and easy to have a better music experience.

The rear seats have a great deal of room. Three adults can comfortably be seated in the back with lots of leg room for long road trips. The trunk is massive and can easily take two to three large suit cases.

Our test vehicle was equipped with the Ecoboost 2.0L 4 cylinder turbo engine putting out 240 horsepower and 270 pound-feet of torque, mated to a 6-speed automatic transmission. The Ford Taurus is a big car weighing in at 3,964 pounds and in my opinion this is not the right engine for this vehicle.

When driving the car, the interior is very quiet and the engine is rarely heard except for when taking off fast, the engine gets noisy and the car struggles just from the sheer weight of the car. Once the car gets going and with higher speed, that’s when the engine shines is very smooth and quiet. For such a big car, I was very impressed with the handling of the vehicle, very nimble and smooth over bumpy roads but it could use a bit more power. I had a couple of close calls in the car where I had to maneuver around other vehicles because of their lack of driving skills and found the car to react very good in those situations, I was very surprised and impressed with the way the car reacted. After driving the 2013 Ford Taurus FWD SEL for a week, I was pleasantly surprised by it. Yes, I did complain about the engine and audio system but it doesn’t mean I didn’t enjoy driving the car. It is very smooth, nimble and sexy. Driving around town was easy and very comfortable. The suspension was set up perfectly as the roads in Vancouver and surrounding suburbs aren’t the greatest. Ford has done an excellent job from standing out from other domestic manufacturers. As long as they keep fresh and think about what the consumer desires, Ford has a great future in North America and the rest of the world.