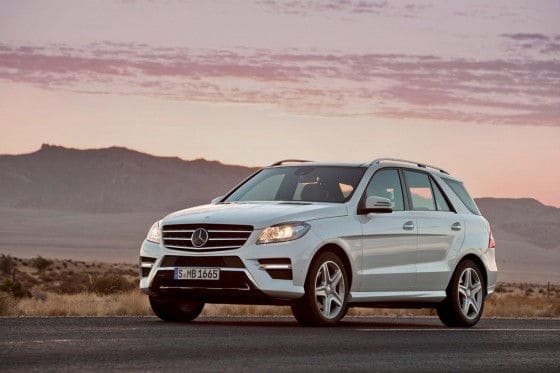 Mercedes-Benz just released quite a large number of pictures of the 3rd generation M-Class luxury SUV; you guessed it, in response to some recently leaked magazine or brochure pictures.

The 3rd generation Mercedes ML’s design stays true to the previous generation, with quite a bit refinement in the front and the back; from the side it looks very similar to the 2nd generation M-Class.  The interior, however, sees a major upgrade and it looks like there is optional leather covered dashboard and other surfaces that are normally all plastic.  It’s about time Mercedes started to use softer materials on their dashboards, I was very disappointed with the Chrysler-esque hard plastic dashboards on the E and C-Class cars. 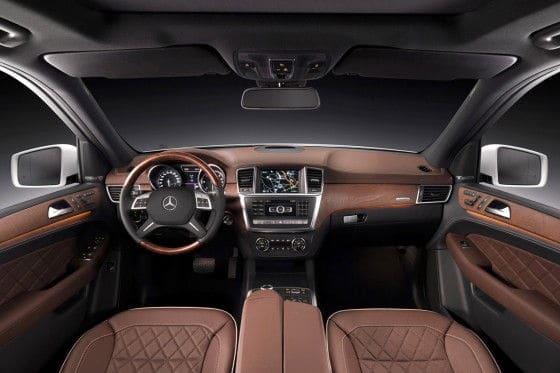 The other improvement in the 2012 Mercedes ML is the availability of a variety of gasoline and diesel engines ranging from 4-cylinders to 8-cylinders.  Initially the M-Class will be sold in three varieties: ML250 Bluetec, ML350 Bluetec, and ML350 BlueEfficiency.  All three models will come with permanent all-wheel drive 4Matic systems and will be equipped with 7G-Tronic Plus 7-speed automatic transmissions.

The M-Class should be a decent off-roader since it shares its platform with the Jeep Grand Cherokee and comes with the optional self-levelling Airmatic suspension from the Grand Cherokee.  A new “On&Offroad” package is also available that provides six different transmission modes depending on the driving conditions.

The 2012 Mercedes-Benz M-Class will be officially unveiled at the Frankfurt Motor Show in September 2011.