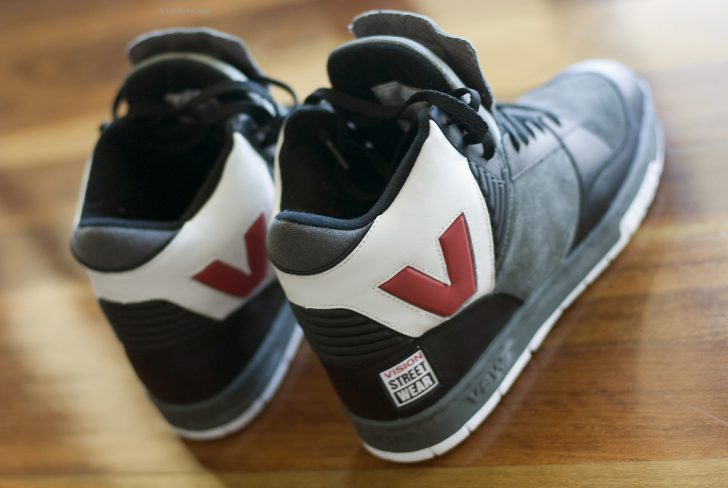 ﻿10 Iconic Sneakers Every Sneakerhead Must Have

Sneakers are shoes primarily designed for sports but nowadays they are widely used for everyday wear. They are very comfortable and are dominating over every type of footwear in the world. They have also become an important part of modern culture. Some of the brands with global popularity include Nike, Adidas, Vans, Converse, Jordans, and Reebok. Sneaker collectors are called “sneakerheads” and regard sneakers as a fashionable item to encourage these trend sneaker companies are producing rare sneakers in limited numbers and at very high prices. Some sneakers have combined style, grace, and beauty that they have become classics and you can buy them using Jabong Sale Today at affordable prices. Here’s a list of some of the most iconic sneakers:

This shoe is one of the most versatile and all-purpose shoe in the market. This shoe is also considered as a signature shoe for New Balance. They were first created from leftover material of 576 Model. The pair’s low price has helped its ubiquity making them a popular choice for both men and women. From a teenage kid to a middle-aged man the 574 New Balance has a look that makes it wearable by all.

This 90s iconic footwear is all about comfort. The Nike Air Max 90 was released in 1990. This cool and casual sneaker is considered to be the flagship sneaker of Air Max legacy. The most popular colorway i.e. “Infrared” was introduced in 1990 and was also the original colorway. The shoe was designed by Nike architect Tinker Hatfield. Some of the most beautiful Air Max 90 are Bacon, Hot Lime, Moon Landing.

This shoe was released on 24 November 1989. The Pump was the first shoe ever to have an internal inflation mechanism. This revolutionary piece of footwear is popular for its innovative design and technology. This shoe is ideal for a variety of sports like tennis and running Reebok’s Pump has inspired numerous other styles of pumps making it remembered for bringing such innovative designs and technology in footwear.

Puma started producing sneakers in 1968 and since then they are producing some of the best sneakers with a unique design but this sneaker really became iconic in the 1980s when it became popular with hip hop. The design of the shoe is absolute class. The bright colors of the sneakers are really catchy and make them look one of a kind. The suedes are comfy to wear and still very popular.

Converse is a brand that people still love today and are crazy about it. This shoe was originally designed for the professional basketball league but over the time it has gain wide popularity and can be easily seen in streets. The shoe is really comfortable and is composed of a rubber sole and canvas upper. The design of Chuck Taylor Converse has largely remained unchanged after its introduction.

This classic pair of sneakers by Adidas debuted in 1969 as the first low top basketball sneaker made with an all leather upper. The hip hop themed shoes rose to fame when hip hop crew RUN DMC made them a fashion icon. These sneakers are known for their durability and comfort. The shoe goes with anything and always makes you look cool. Furthermore, you can easily grab this by using Myntra Promo Codes.

This iconic shoe was created by designer Bruce Kilgore. This sneaker is famous for the overall look of it and it has that outline that is unmissable.  They are sold in three different styles low mid and high. The shoe comes in different colors but the most Air Force 1s sold are solid white and the second most common are solid black.

The Diadora Borg Elite is a timeless tennis sneaker built with quality and style. The signature silhouette of Swedish tennis pro Björn  Borg was an instant hit after it’s launch in 1978. They were the most commonly seen sneakers in the 80s. It looked great when worn and was light enough to run when needed. If a single pair of sneakers could sum up the 80s era it would probably be Diadora Borg Elite.

The Adidas Stan Smith is tennis shoe produced by Adidas but today it is not recommended for tennis players, still, the shoe continues to be iconic and stylish. For some sneakerheads, the most desirable sneaker after vintage Stan Smith are the early ones and the onesade in France are also highly valuable. Their simple, clean design made every outfit look good

Air Jordan 1 changed the whole sneaker industry. Before sneakers were worn only when people exercised or played but after MJ made these popular they were seen out of court and on people’s feet. The Air Jordan 1 was the first shoe to be born in NBA with multiple colors. The Jordans are still a huge trend and are bought all over the world.

If you love sneakers then you probably know the above mentioned sneakers. They are still the most iconic sneakers and have made their name in their own way.

Originally published on March 28, 2019 in Fashion