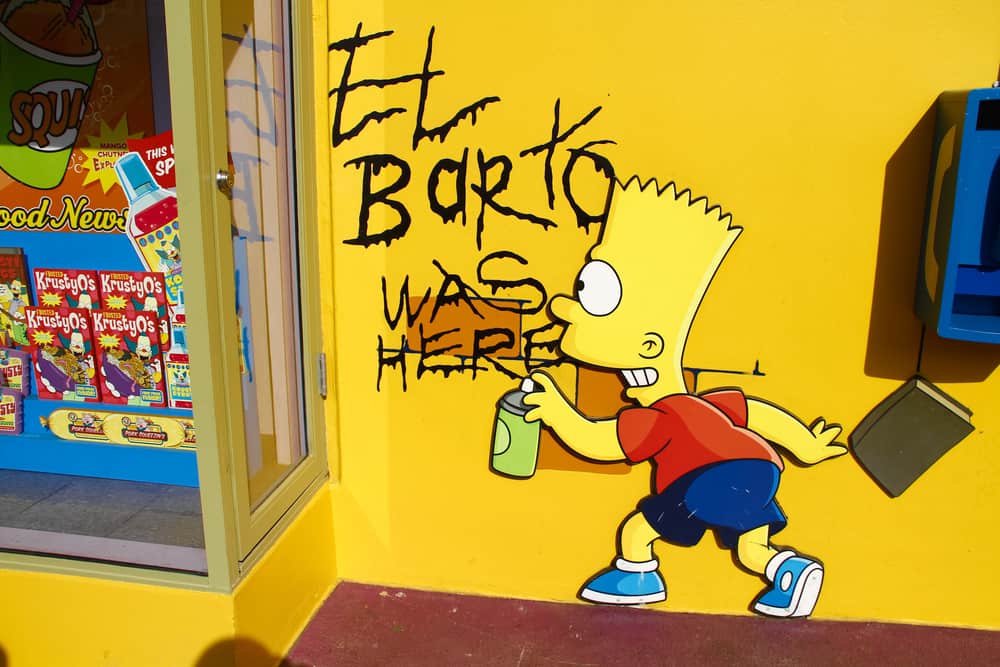 While The Simpsons often gets a lot of flack for being a simple-minded cartoon, in reality it’s much more complex than critics realize. The TV show has been insanely popular since its creation (30 years ago), and has won a multitude of industry awards (as well as garnered the fandom of millions worldwide).

Unlike all of the other characters in the TV show, God actually has a normal amount of fingers. All of the other characters in the show have four fingers on each hand, but God has five. Whether this was to purposefully set the deity apart from the normal people in the universe of The Simpsons is up for debate, but that seems the most likely reason behind this message.

The Writer in the Mental Hospital

Hardcore fans of the series know the name John Swartzwelder. He’s one of the most infamous (and talented) writers from the show. He’s also featured in an episode of season 8, where some of the main characters walk past a man in a mental hospital (meant to be Mr. Swartzwelder).

The Bush Family Hates The Simpsons

Back in the early 90s (when the first Bush was president), there was a running rivalry between The Simpsons and the Bush family. Mr. Bush even went as far as to blame the cartoon series for the troubled economy. The Simpsons responded with numerous jabs at the Bush family (over the course of many seasons).

The Simpsons Predicted the Trump Presidency

You might be surprised to learn that The Simpsons has a stellar track record of predicting the future. Not only have they predicted numerous minor historical events, but they’ve also predicted some pretty major ones as well. One of the biggest (and most surprising) of these events is without a doubt Trump becoming president.

Millhouse is one of the longtime characters on the show, having been on it since the very beginning. What a lot of people don’t know about Millhouse though, is that he’s half Italian. Why is this a big deal? It’s not. But, the fact that his middle name is Mussolini might be a somewhat bigger deal.

The backstory behind his interesting middle name is as follows:

The Composer’s Name in the Opening Credits

This is something that even a lot of diehard fans don’t know. What is it? The composer of the show’s theme has his name hidden in plain view in the opening credits. In one of the scenes (right as the theme starts), you can view his name (Danny Elfman) on a building.

International Versions are Different (and Weirder)

The best example of this would be the Egyptian version of the show doesn’t show Homer drinking beer or eating pork. In fact, they completely changed certain parts of Homer’s character traits, so much so that in those versions he only eats beef, and drinks soda (not beer, as he’s known for in Western countries).

Not only did the fictional character appear in Playboy, but she even graced the cover of the once world renown adult magazine. None of the images were nude, however. One of the problems that the creators wanted to mitigate was people taking the nude images of Marge and imposing them on other characters of the show (which is why they only used risqué images, and not fully nude ones).

Krusty Was Supposed to be Homer

The creator of the show originally wanted Homer to secretly be Krusty. That’s why both characters look somewhat similar. However, the creator decided to not pursue this plot device (thinking that it would make things too complicated).