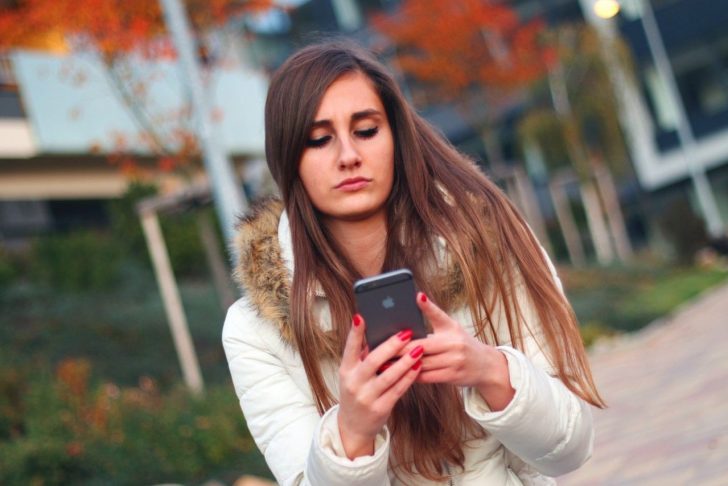 Your Girlfriend Still Texts Her Ex? Talk To Her First.

You don’t spy on your girlfriend. I mean, you shouldn’t, but one day you pick her phone up after it falls out of her purse, and you grab it for her. That’s a noble thing to do, right? And you see it there, as a banner notification. It’s right there, it’s not muted or waiting quietly, it’s sitting there, mocking you somewhat. A text to your girlfriend from her ex. Could be an ex from years, decades ago. Could be an ex from three months prior to you two getting together. From the initial text, you can see they’ve been having a conversation. It’s not a, “hey, I’m reaching out,” or a “Good morning” text. (The latter might be worse.) Either way, she snatches the phone, and apparently doesn’t want you to see what appears on the phone screen. You’ve made the determination: your girlfriend still texts her ex. So, what do you do about it?

There are a couple of different ways this could unfold. You could realize that she’s keeping secrets from you and that you’re uncomfortable with that. You could come to terms with the fact that it’s no big deal. Or you could pull the wild jealousy thing, which is never a good look. It really is not. The best thing to do is to get to the bottom of it, and try to find out what’s really going on.

This is not the 80s, When Harry Met Sally is a good movie, but we know now that women & men can be friends with zero other motivation. Sure, dudes are still horny most of the time for whatever reason, but the most mature of us can handle being friends with a woman. I mean, come on. Most women, for whatever reason, seem to be even better at that. I mean, I’ve had girlfriends who remained friends with their exes, for whatever reason, and it was never a threat. Often, it was the exes who were more threatened by me. But just like women can almost instantly become friends even if the only thing they have in common is that they both at some point slept with the same guy, men should be able to handle it. Either way, that kind of text message is no big deal.

Being pulled into an argument

Some dudes just can’t let go. And some women have trouble calling it totally quits with even an obsessive, always ready to argue guy. Some men draw out their arguments with their ex long after the end of their relationship. If your girlfriend still texts her abusive ex, even if it’s just verbal abuse, it’s not a good scene for anyone. But the way to get her out of her arguing rut is not to be jealous and accusatory. The way to bust her out of that pattern is to talk to her, to offer her support, and to back up her decisions. If she’s experiencing emotional abuse at the hands of her ex, why would she run to you if you’re only going to offer her the same thing?

Something else on the down low

Of course, sometimes, a text with an ex may be leading up to a rendezvous. Even if you suspect that’s the situation, and she denies what she is saying or planning on doing, you’ve got to man up and talk to her. Communication has to be the foundation of a relationship, even just a sexual relationship. Norms need to be kept, and boundaries need to be clear. If an open relationship is something you already agreed on, or something she wants to try? You have to communicate with exceptional clarity to make sure it will work. Before storming out and driving her away forever, talk it out before you walk it out. Getting in touch with your feelings and your deep-seeded fears doesn’t make you less of a man, it makes you more of a human.

Either way, communication is key. Jealousy is not attractive. Your girlfriend maybe still texting her ex for a multitude of reasons. Communicate with your partner, no matter what you think you see.

Originally published on September 5, 2020 in Relationships