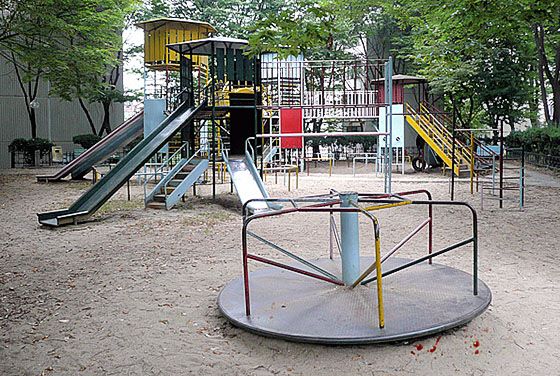 Why Modern Playgrounds Suck – The Death of Awesome Play Equipment

What you see above is the type of playground that was common before the 1990s – the type of playground that is both awesome, and able to harm children in many grisly ways – a feature which makes it doubly awesome. In the last 20 years, parents have lobbied to crack down on these so-called “dangerous” playgrounds because of their fear of harm coming to their lame-ass kids. Apparently modern parents think it’s a bad thing for their sons and daughters to come home with gaping animal wounds, or broken bones, and that’s where I say they’re wrong. 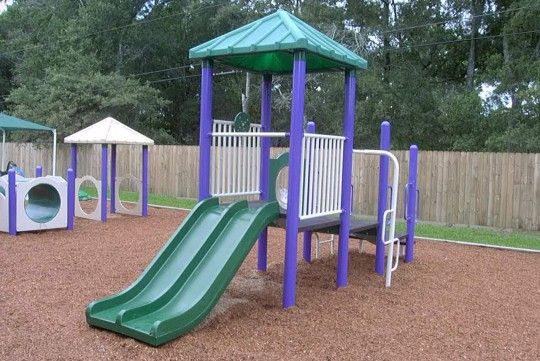 Look at this lame playground. Would YOU want to play on something so safe? Where are the spike pits? Where are the flame throwers? This "play equipment" is completely unacceptable.

It’s a known fact that children are gigantic wuss-bags, and that they really need to toughen up. I think that potentially life threatening play equipment is the way to do that, and I’m disgusted by the fact that see-saws, merry-g0-rounds, and even spike pits are missing from the playgrounds that North American children play in each day. Do you think that children in Somalia whine and complain when they scrape their knee, or hit the wooden trim on the park as they jump from a swing? I don’t think so. Try playing in a mine field and then tell me that the jungle gym is too high. 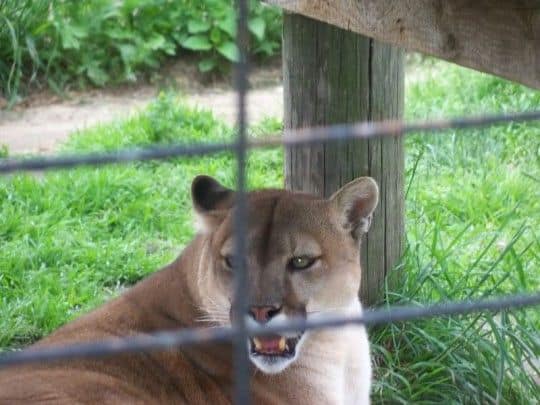 Parents whine about concrete flooring beneath play equipment, but imagine if there were cougars patrolling the grounds? Then they would really have something to whine about.

You see, there are mountains of scientific evidence that suggests parents are actually doing their children harm by sparing them the rigors of bruised knees, broken spines, and gaping lion wounds. Evidence suggests that these new lame and crappy modern playgrounds are actually stunting their children’s emotional growth, leaving kids with fears and emotional anxieties that are far worse than the cuts and scrapes they would have received tripping on the bear traps in my amazing fantasy playground. 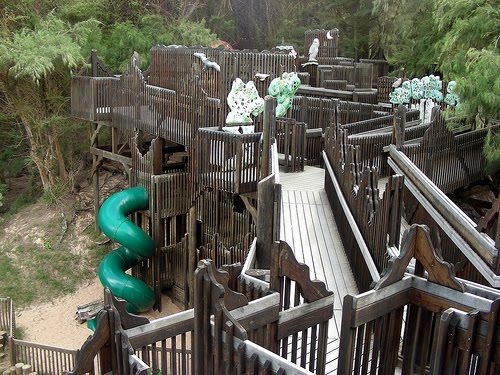 Now THIS is a playground. Breathtaking heights, wood that could rot through allowing a weak child to fall to his/her demise - the list goes on. This is the type of play structure that helps a child toughen up.

Lastly, and perhaps more importantly, these new playgrounds are just boring. As a 26-year-old man, I can say with all certainty that these new parks with their wood chips and foam padding are terrible to play around in when I’m drunk. You see, the parks should be challenging for a 12-year-old sober child AND a 26-year-old drunken man. If not, the designers just didn’t do it right. 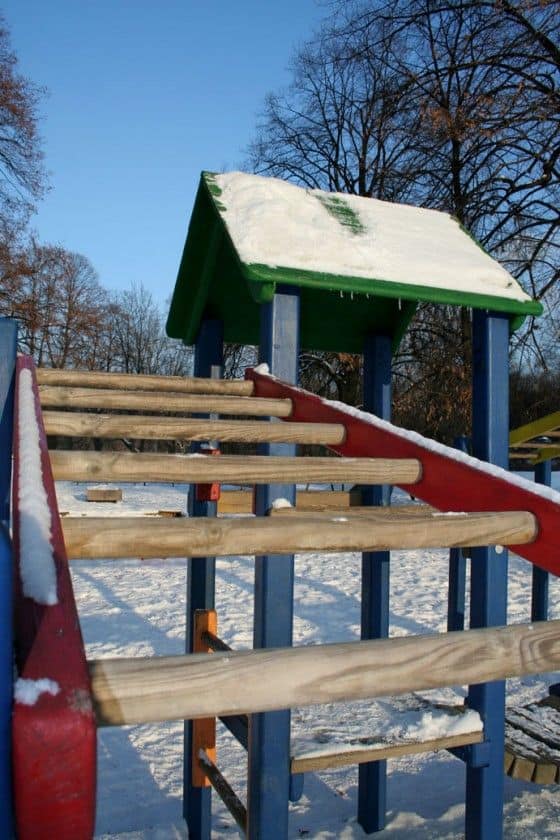 See that mark on the roof? That's from a child climbing up, and sliding down. There's no wussy children in this park. The pile of bones beneath the snow can attest to that.

If you’re like me and agree that playgrounds have just become too tame – if you feel that lawyers and oversensitive parents have gone too far, do something about it. Write your king, or czar, or city official and tell them that you won’t stand to have your children sheltered from phantom dangers any longer. Children could stand to have a bit more freedom growing up; perhaps they’ll even grow into adults who can think for themselves!