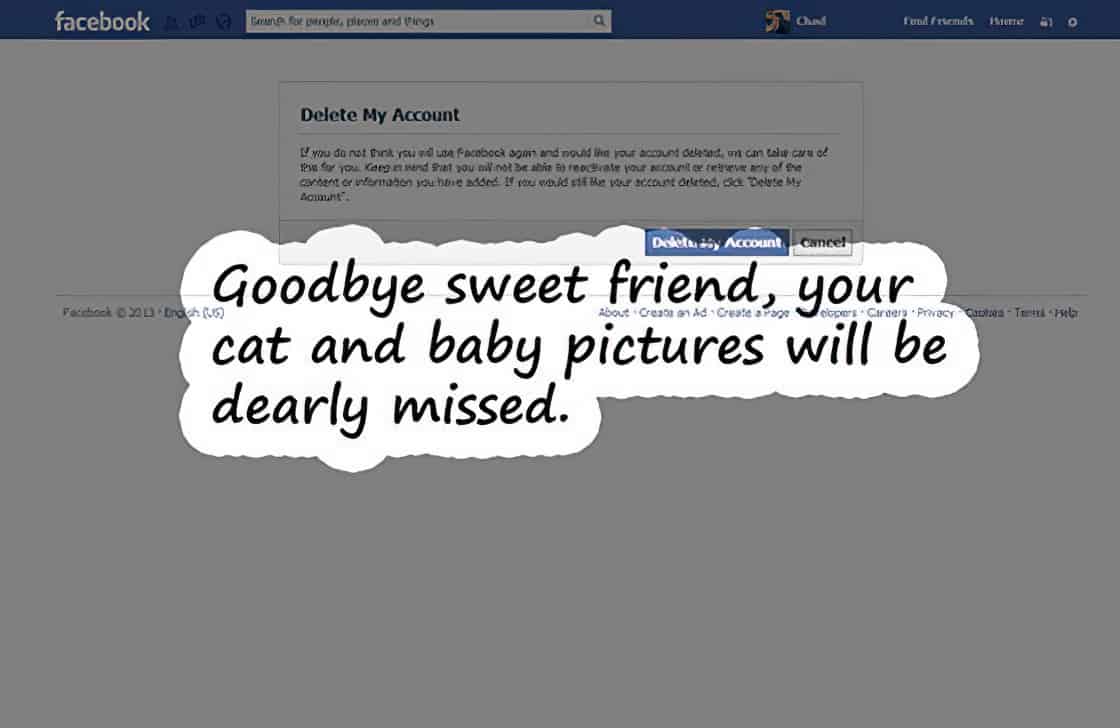 On February 4th, 2004, Mark Zuckerberg and company unleashed Facebook on the world. It was arguably the world’s first true social networking website, and as you might have heard… it went on to become a pretty big deal. Myself and millions upon millions of other users rushed in to get accounts of our very own, so after all these years, why am I and so many other people finally giving Facebook the axe?

For me it started about a year ago when news over privacy concerns surrounding Facebook became more prominent. That wasn’t the sole reason, and though I couldn’t exactly articulate the cause of my growing unease, it continued until I finally deleted my Facebook account one week ago. In the end it was a book called Antifragile that finally pushed me over the edge. But I’m not here to dwell on that… no, instead I’m going to explain exactly why I dislike Facebook so much, and why I think deleting your Facebook account would be an extremely positive life decision.

So if you’re wondering how to delete an unfinished Facebook account, and why it would probably be a good idea, read on.

How do I Hate thee Facebook? Let me Count the Ways

When one hears the term social network, I think it’s fair to assume that they expect plenty of say, socializing. Long conversations with old friends, planning grandiose (or small scale) outings with friends both old and new… deep, insightful (or at least personal), well thought out messages and comments about photos…. good memories shared, and plenty of new ones created too. At least, that’s what I expected. But after having been a member of the site for many years, you know what? I didn’t see any of that. Instead, I found Facebook to be one of the least social forms of socializing I could possibly do.

Do you remember what it was like before the advent of Likes? I certainly do, and I miss it dearly. It was that magical time when a person could share something they found interesting, and people would actually comment on it with their opinions and thoughts and everything! You know, like… having a conversation. That seems to be a novel concept in the modern world of Facebook, with people simply deferring to the far easier, minimally taxing Like button. With just a single click, you too can express that you Like your friends status update about drinking a cup of coffee in the morning. Which brings me to my next and final point…

For some completely inexplicable reason, people started treating Facebook as a way to express every moment of their existence no matter how inconsequential. Just had a burger at Five Guys? Better check in! Heading to a club? Better write a status update! These events are so life changing that who wouldn’t want to hear about them? I honestly don’t understand it, and this is probably the number one reason I decided to finally delete my Facebook account: the sheer volume of useless crap. If you’re one of the people I’ll no longer be receiving your daily horoscope from, then I’m so very sorry. I hope you can find the strength to live without me.

Perhaps you’re thinking about deleting Facebook, or maybe you’re even ready to take the plunge. Either way, there’s a simple way to delete your Facebook account once and for all. Take a deep breath, and when you’re ready, head over to this website and begin the process. In short order you’ll be free of Facebook, and you can begin your new life, free of Facebook’s death grip.

What will you do with all that extra time? That, my friend, is up to you. The world is your oyster, but I can tell you one thing, there are a whole lot of people out there… maybe you can even talk to some of them in person.