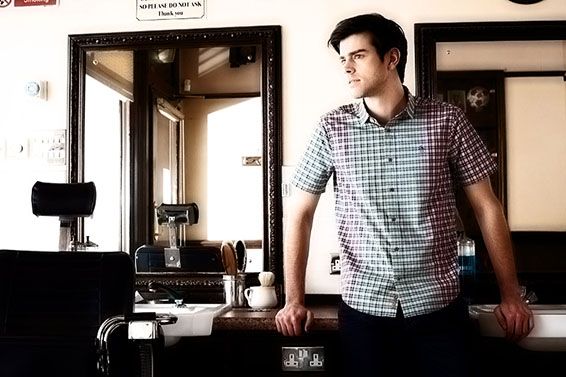 Every year, for every season, we see someone write a style guide telling people exactly what they should be wearing for the next few months. “Men’s Style Guide for Summer 2032 – Pink Vertical Lines and Orange 3 Cornered Hats Are In!“ we might see, right until the styles change again just a few months down the line.

It’s kind of funny how that works, eh? Something that’s so fashionable for a few months is then looked down upon just a few months down the line. It’s almost as if these style trends, or fads, or whatever you want to call them, were simply never that great to begin with. It’s almost like you should, oh… I don’t know, ignore them completely, and simply decide what you like. Maybe something based on the classics, like a simple set of men’s checked shirts with an A2 Flight Jacket, or a nice pair of slacks… no neon, no mesh, nothing too crazy – I mean, unless you’re into that, of course.

The Classics are Timeless

Ever noticed how some things just never go out of style? Ever find a belt, or jacket, or vintage Penguin shirt that’s 20 years old, and yet still looks as “fashionable” today as it did back then? Yeah, there’s a good reason for that: it’s because said piece of clothing is timeless. It’s going to outlive any fad and any trend, and that’s exactly why I propose you stop trying to keep up with the runway, and instead pick up a few classics like these…

Checked Button Down Shirts: This is going to sound like a paint commercial, but here goes… if you’re looking to add a splash of color to your life, pick up a few checked shirts! No, seriously… these will never, ever go out of style, and they (can) look great. Something Gingham or similar are a personal favorite, and though they’re generally expensive ($150+), you only need a few. Unlike the dumpy plaid shirts of the early 90s, I think we’ll be seeing these for many years to come.

Depending on how much you want to spend, I would start with something from Penguin or Wolf vs Goat. They’re both excellent quality, but slightly more expensive without being completely cost prohibitive. I would ditch the undershirt and rock a bit of chest hair, but you know… maybe that’s just me.

Henleys: If they’re good enough for Dexter and Ryan Gosling, then they’re good enough for you. No, I kid… I kid, I hate drawing on celebrities, but these two have made a career out of wearing the iconic and ever wearable Henley shirt. It’s simple, it’s been around since time immemorial, and if you ask me, it looks damn good as well.

A few of my favorite brands are Wolf vs Goat, Triple Aught Design, and Homespun Knitwear. They’re a bit more expensive than say, American Apparels offerings, but if you ask me, the quality is a heck of a lot better. Remember, you want these things to last. You won’t simply be tossing them out after a few months like that “trendy” rubbish.

Simple Tees: In a world where t-shirts are often covered in wolf prints, or speckled in hideous rhinestones, it’s sometimes tough to remember that there was a time not so very long ago when people just wore simple flat colors, like black, white, and red. If you ask me, they still do, and probably always will, look pretty damn awesome.

Hey, you want to be cool like James Dean, right? Then stop wearing those shitty printed tees from the local mall and pick up some blanks from American Apparel, Muji, or Triple Aught Design – the latter being the best choice if you’ve got money to burn. They’re amazing, but they are hilariously expensive for a tee. If you want something with the classic styling, but in a more sophisticated material, go for something made out of Bamboo. I promise you’re, they’re like nothing you’ve ever worn.

So, I’ve just picked out a few items that I really love, seemingly at random.  But is there any rhyme or reason to it? Is there some secret rule that I’m following, like only wear stuff that’s been around for decades? Well, not exactly, no. Here’s the one simple “rule” that I use to decide whether something is worth buying or not: can I see myself wearing this 6 months from now? A year from now? 10 years from now? If I can’t say yes to all three, then I simply don’t bother. The style just isn’t timeless enough, and not worth my hard earned money.

Just something to think about.