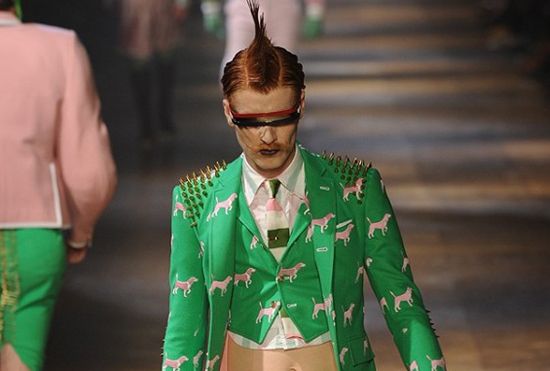 When it comes to men’s fashion, I’m not too picky; if you’re not decked out in Ed Hardy douchebaggery and your clothing generally fits and is clean, I won’t overtly complain. That being said, when I saw the Thom Browne 2012 men’s lineup, it reached through my monitor and punched me square in the junk. I scrolled through the images, picturing a horrific orgy where Herman Munster and Rorschach tag team Tank Girl and Pris from Blade Runner. Outside of the terrifyingly mangled offspring they’ve obviously produced here, I mourn the desecration of a cool cadre of characters. If you’re feeling up to it, browse the Thom Browne 2012 men’s catwalk for your favorite…fashions/lumpy spiky monstrosities.

Thom Browne 2012 – If You Think the ‘Regular’ Clothing Line Will Be Any Better, Think Again

It took me four tries to write this post without beginning with the eloquent line: “What the fucking fuck.” The draft had been sitting around with those four words sitting on the page, daring me to come up with a better description of what Browne’s produced. I went to Thom Browne’s site, desperately hoping that this was once again the age old case of fashion- that the runway lineup was an extreme extrapolation of the clothing meant to grab your attention and challenge your notion of what’s ‘new’ and ‘exciting’. Unfortunately, try as I might to find evidence to the contrary, the suit-utilikilt, man mirkin, plaid cropped fuzzy sweater is all the rage this season. Truly, a more confusing and unmanly lineup is ne’er to be found. It’s as though after the godawful aforementioned one night freaky sexathon, all of the resulting insane male children fought safety pin duels in the hopes of proving manly dominance and ended up throwing each other off some cliffs, Sparta style. 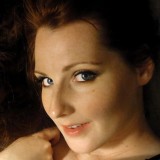