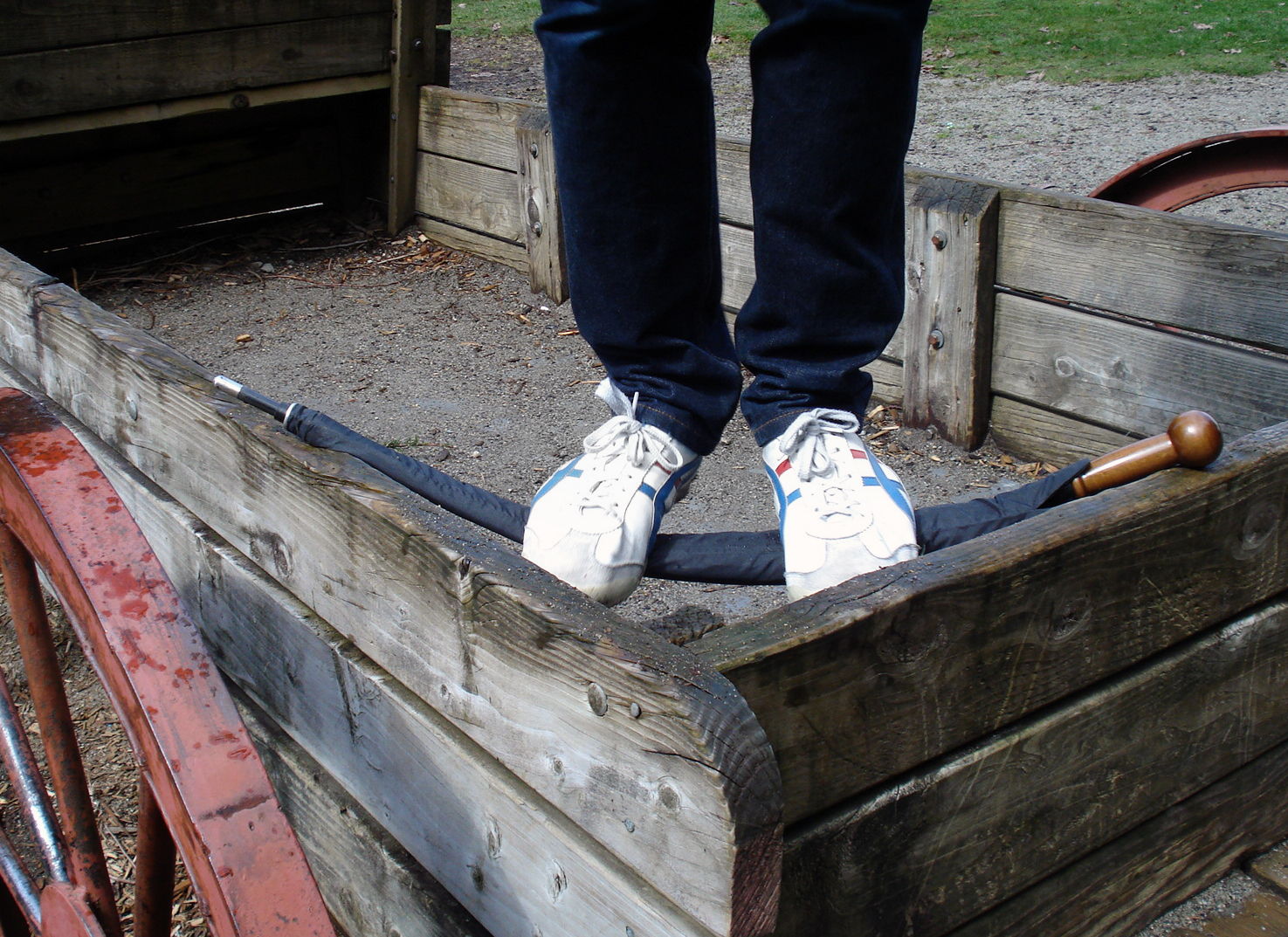 An umbrella makes me think of a great many things. It makes me thing of the endless rain that falls from the Vancouver sky. It makes me think of singing in the rain, and that scene from The Matrix where Neo has the little probe pulled out of his belly button while sheets of rain hit the windshield. Umbrellas make me think of all these things, but never had I imagined using an umbrella as a weapon – at least not a particularly useful one. That’s where I’m pleased to say I was wrong; boy was I ever wrong.

I first discovered the Unbreakable Walking-Stick Umbrella a few months ago when Mike made a brief post about it here on Unfinished Man. He had seen it while crawling the internet for interesting gadgets to write about, and it certainly fit the bill. It wasn’t until months later that I decided to contact Real Self-Defense and ask them for a sample to review. They generously agreed, and a few days later it arrived at my door. Upon inspection, I found the umbrella to be sturdy looking, but hardly remarkable. It just looked like a plain old umbrella. But looks can be deceiving, and a quick test that involved me bridging the umbrella between two chairs and standing on it made me realize just how awesome this thing is. I’ve had a few weeks to play with it now, and here’s what I like about it.

This is generally where I would point out a few designs flaws, or qualities that annoy me, but other than the slightly higher than normal weight (which is understandable) I’m exceptionally pleased with the Unbreakable Umbrella. It’s good-looking, functional as both an umbrella and fighting weapon, and brought me hours upon hours of absolute child-like joy as I trekked around the forest smashing rotten logs and other things.

The Unbreakable Umbrella is strong enough to easily support my 150lbs of solid corded muscle hanging from this tree, 300 ft up, while a hurricane is bombarding me. You can’t see it in the photo, but it’s happening.

You’ll notice a few slight blemishes on the wooden knob handle. These are the only marks visible, even after using the umbrella to beat up a unicorn. Pretty impressive, no?

If you decide to use the umbrella as, you know… an umbrella, the Unbreakable Walking-Stick Umbrella has got you covered. As you can see, the fabric is extremely water-resistant.

And now for our feature presentation…

I really can’t express the full extent of my satisfaction with this umbrella. Yes, you could say that it’s somewhat of a gimmick, but if you’re already in the market for a high-end umbrella, why not splerge a bit and get one that’s strong enough to take hundreds of pounds worth of weight, and that can be used to beat an attacker senseless? I think it’s worth every penny.

You can find the Unbreakable Umbrella on the Real Self-Defense website. It retails for $198 USD.

8 comments on “The Unbreakable Umbrella – A “Self-Defense” Umbrella?”