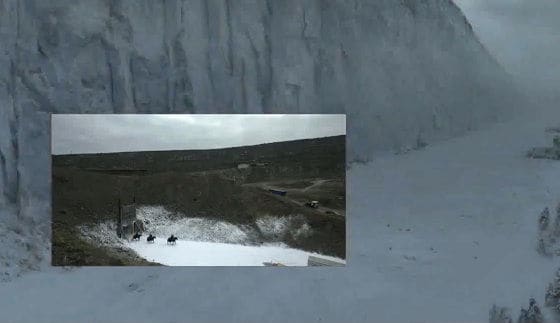 HBO’s Game of Thrones is one of my favorite shows to hit the TV screen this year; it’s actions packed, has good actors, a great story line, and the background settings are beautiful and good enough to rival some of the big budget movies.  I didn’t know a lot of the background scenery was CGI; the short video below gives a nice glimpse into how the movie was shot using a lot of blue/green screen.

Other than the obvious things like the wall and the dragons, I didn’t know a lot of the castles and other awesome medieval backgrounds were actually computer generated, by a company called BlueBolt.  I’m pretty impressed with the way they pulled it off, it’s subtle and had me fooled.  Season 2 of Game of Thrones will premier in spring 2012 and now I’m even more excited to see what these computer wizards have in store for us.  Video after the jump.