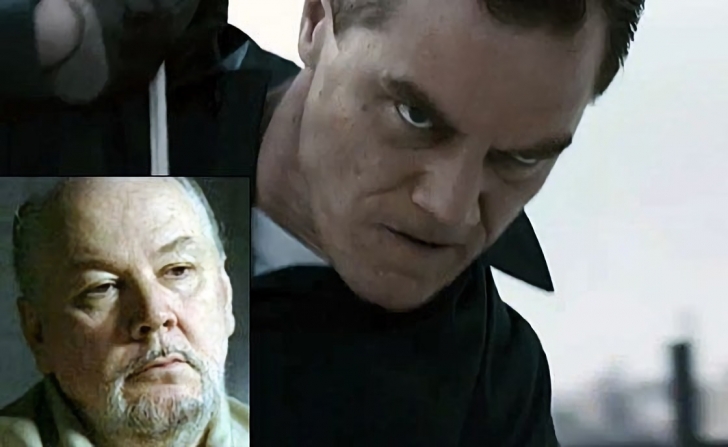 Years ago I saw a documentary on Richard Kuklinksi, better known as The Iceman. Between 1964-1986 he killed over 100 people as a contract killer.

The trailer you’re about to watch is for a movie based on his life, and I think director Ariel Vroman did a fantastic job picking the cast. Michael Shannon of Boardwalk Empire plays Richard, and the rest, well… you’ll see.

I’m no expert on Richard’s life, but from what I remember of the documentary so many years ago, the scenes we’re shown in the trailer are pretty damn accurate. In particular the scene where Richard Kuklinksi asks James Franco (Marty) why he’s praying, and then proceeds to tell him that god must be busy right now. I remember this word for word from an interview with The Iceman, and if the writer has taken the time to re-create that, I’m guessing the rest is pretty spot on too. I think it will be one of those movies that – like The Road – aren’t so much something you enjoy, but experience.

Now, what’s really interesting is that when Richard wasn’t killing people, he was said to be a loving family man and devoted father. His wife and children had absolutely no idea that he killed people for a living, and he was able to pull this off for many, many years. If I’m remembering correctly, they simply thought he was a gambling man, and that was his cover to explain the late nights and frequent outings. How that held up for so long I can’t imagine, but people will convince themselves of just about anything.

The Iceman is set to hit theaters in March 2013. If you’re interested in learning more about the life and times of Richard Kuklinksi, head over to his Murderpedia page. I’ve just been reading through it to refresh my memory, and it seems I had forgotten just how messed up he really was. About 30 seconds worth of reading and you’ll see what I’m talking about.