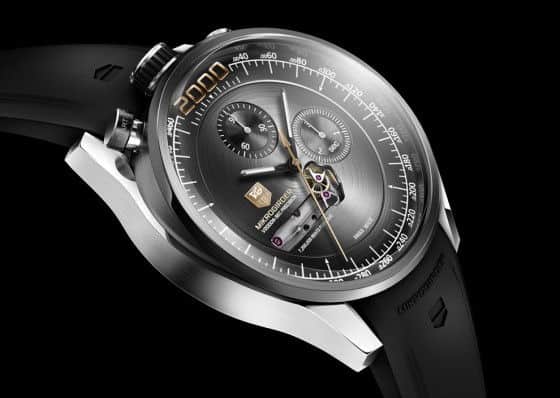 The TAG Heuer Mikrogrinder 2000 is one of the nicest TAG watches I’ve seen in a while and it’s the world’s fastest mechanical regulator watch.  The watch’s chronograph is accurate to 1/2,000th of a second!  I don’t know why you’d need that in a mechanical watch but it’s still an incredible feat.  When the chronograph function is deployed, the second hand does a complete rotation 20 times per second, that’s fast enough to put you in a coma if you stare at it for a few minutes.

The watch face is placed at an angle on the case and the crown and the pushers are placed at the top between the 11 and 1 o’clock position.  The dial is simple and features a window showcasing some of the incredible technology that sets this watch apart from the rest.  Below is a video of the TAG Heuer Mikrogrinder 2000 watch in action, the video by itself is pretty spectacular (you don’t have to be a watch lover to appreciate it). 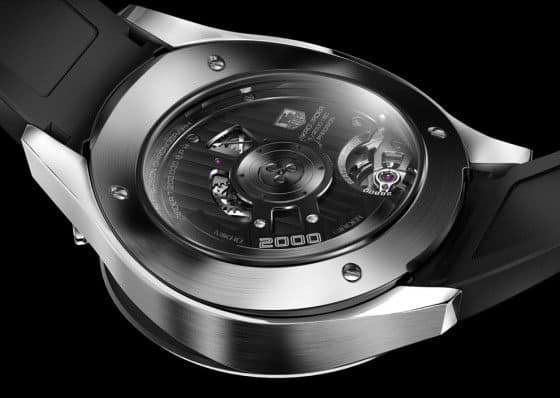 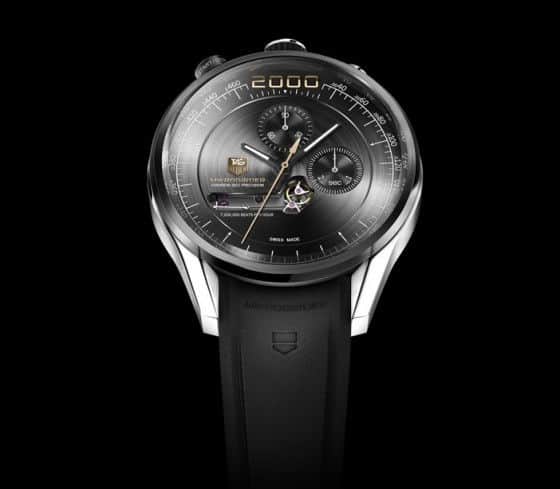