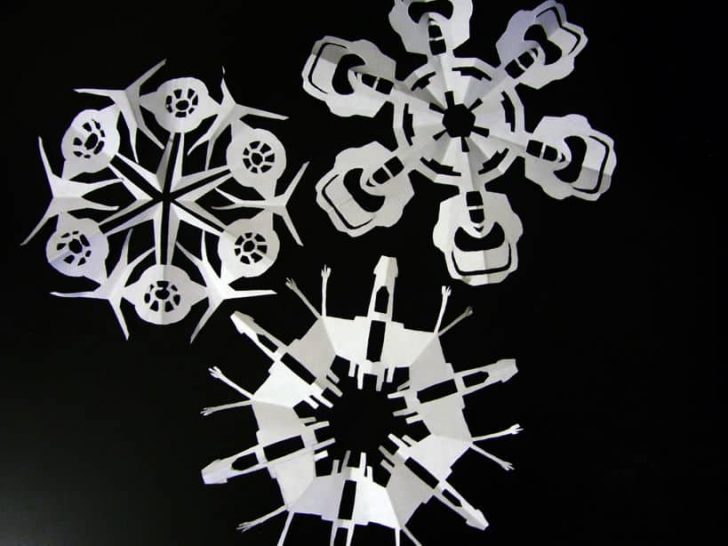 As a man, I’m sure you feel as though holiday decorations are not something that necessarily are representative of your overall interests. I’ve seen beer trees, exploding ornaments, pretzel and bottle top garlands; though all excellent examples of things you may like, they leave something to be desired in terms of traditional winter festivity. This year, try Star Wars Snowflakes! If you’re anything like me, your attempts at paper snowflakes in the past were horrifically butchered monstrosities that had more negative space than paper and were apt to explode the second you tried to unfold them to show off your brilliance. Since it’s damn hard to know when to stop snipping before you absolutely destroy anything snowflake like you may make,  Matters of Grey has expanded on the phenomenal idea of an industrious nerdy couple, and created easy to follow pdf diagrams. Even if you’re so bad at crafts that peeling the labels off your bottles is difficult, you can handle this. 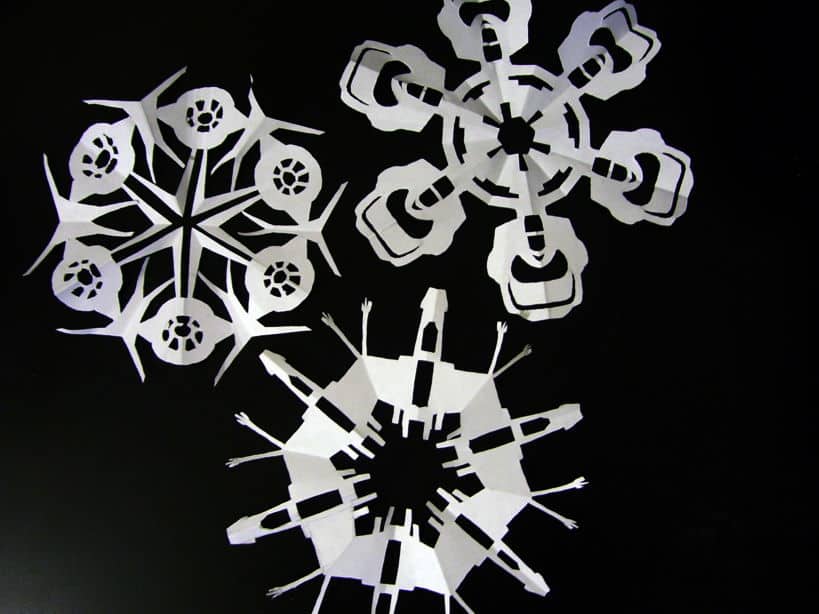 If you look closely you can see where I pulled the windows of the TIE out with my teeth because I was too impatient to exacto them properly. Don't judge me.

Because I have no common sense and way too much time on my hands, the first thing I decided was to take shots of vodka and pull out my exacto knife. After trying my hand at a scout trooper for practice, I put my love of the ships in Star Wars to work and tried to make up my own designs. The results are poorly folded, inexpertly cut, off the cuff versions of an x-wing and Darth Vader’s TIE fighter. I think they could actually work out really well with a bit of refining and a lot less alcohol, but by the time these three were done I was hopelessly lost, making lightsabre noises with the stir stick in my drink. 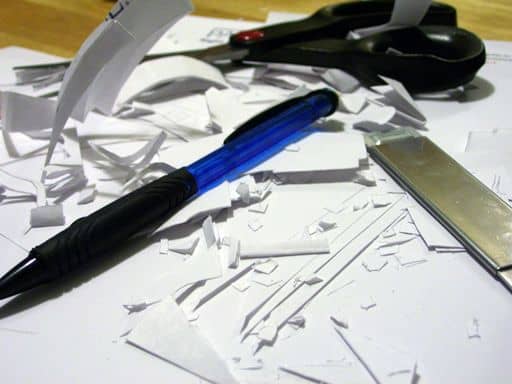 You can head over to Matters of Grey’s page to find all the downloadable pdfs, but scroll down here for examples of all the designs they’ve currently come up with. If your girlfriend comes in and finds you hellbent over a pile of clippings and covered in your own blood, simply tell her that you’re working on a surprise white Christmas for her. Then, not only do you have carte blanche to continue your geeky scissor experiments, you’ve also got a reason to paper the house in your awesome Star Wars snowflakes. (If she recognizes what they are, she’s a keeper.) 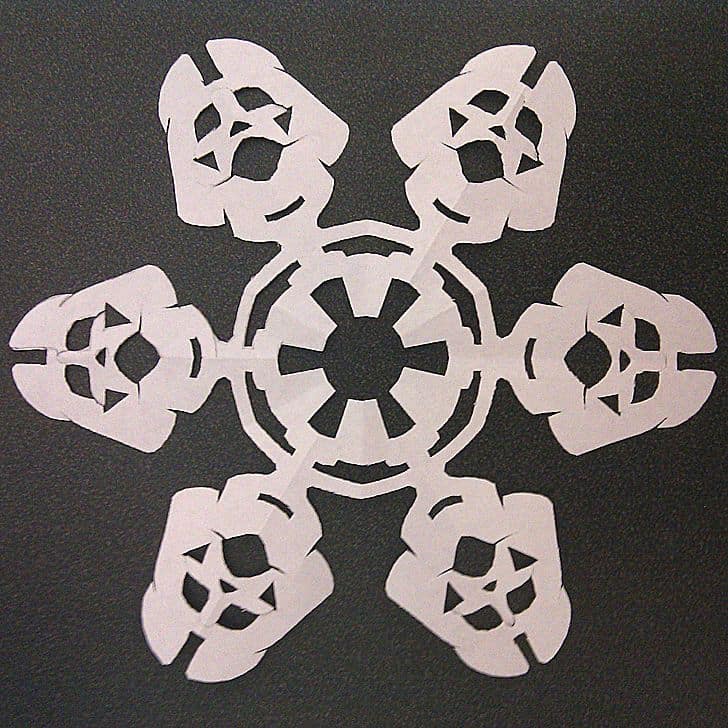 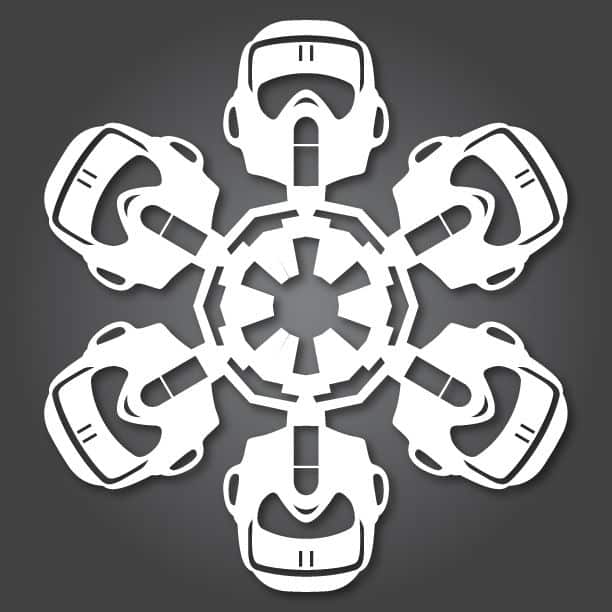 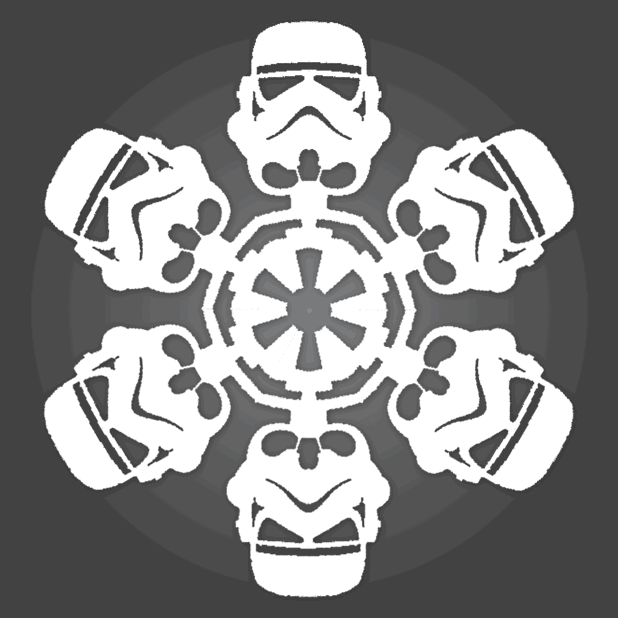 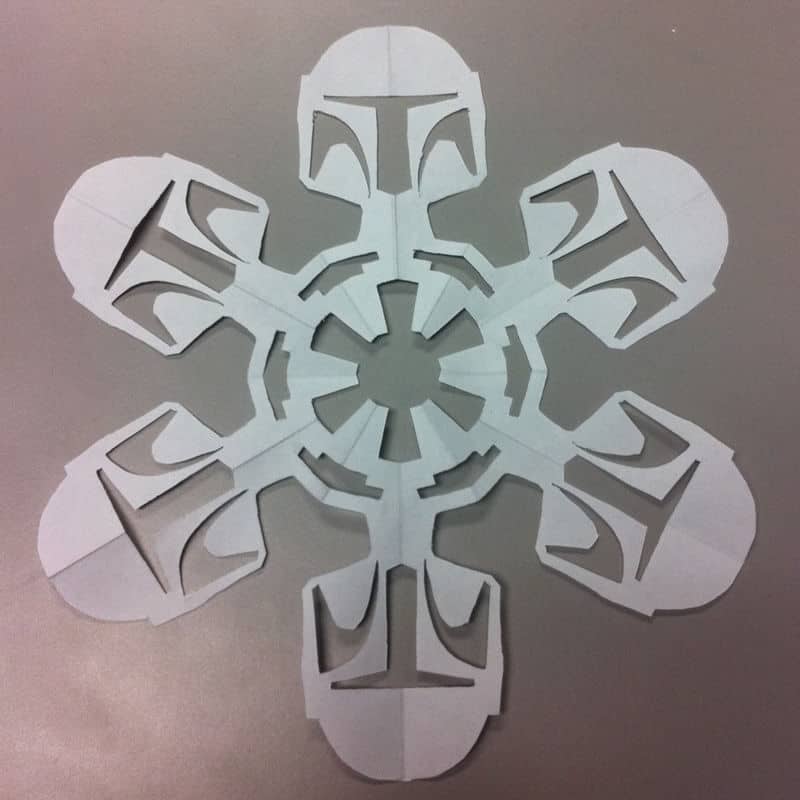 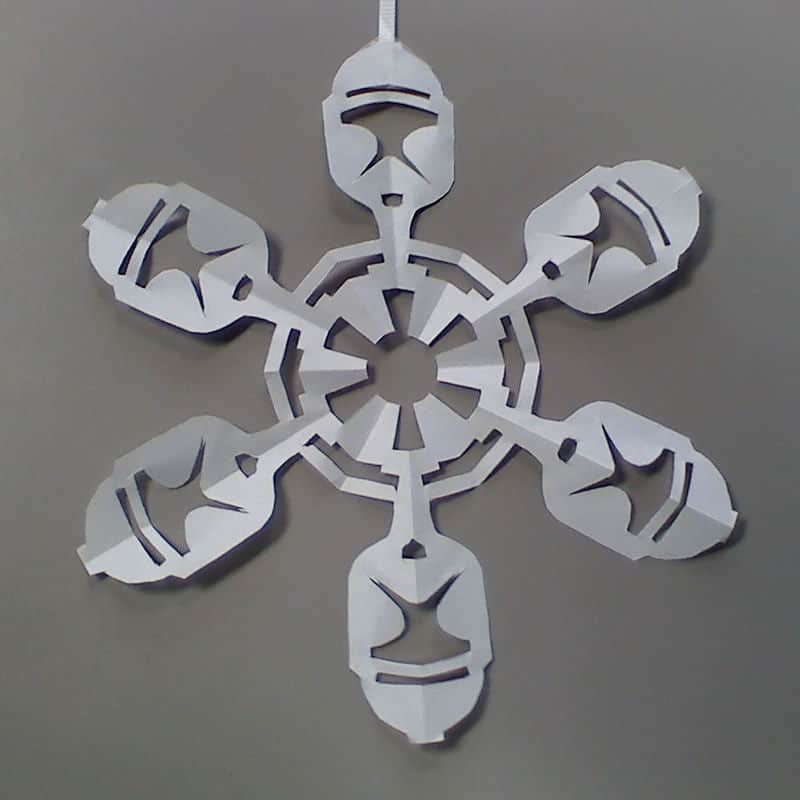 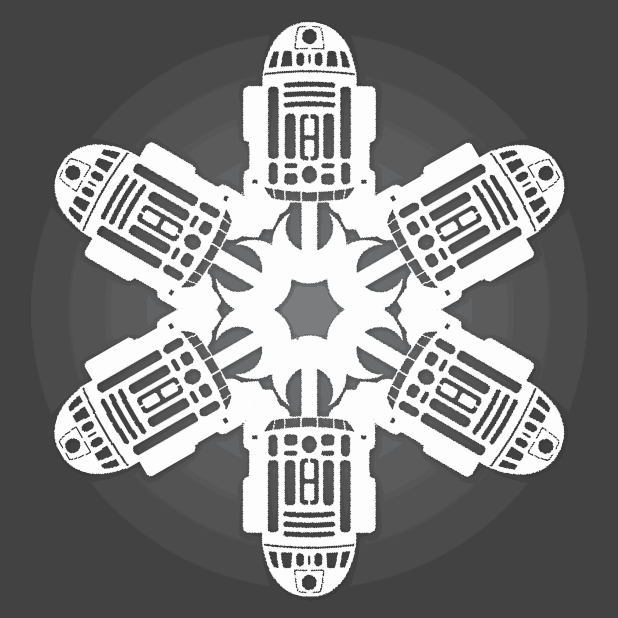 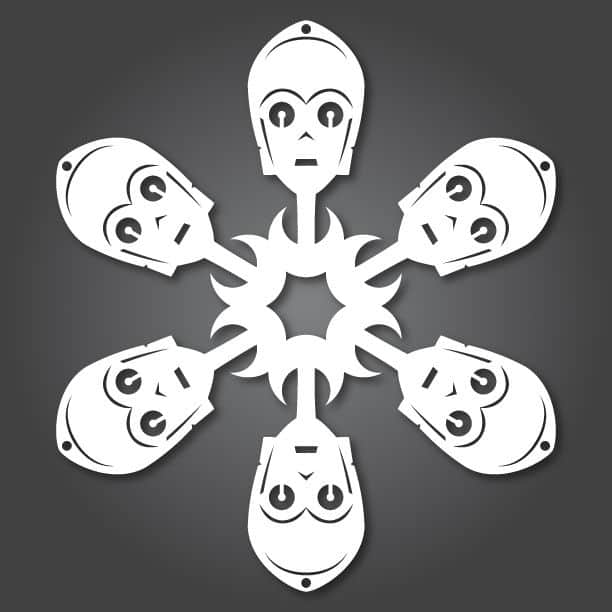 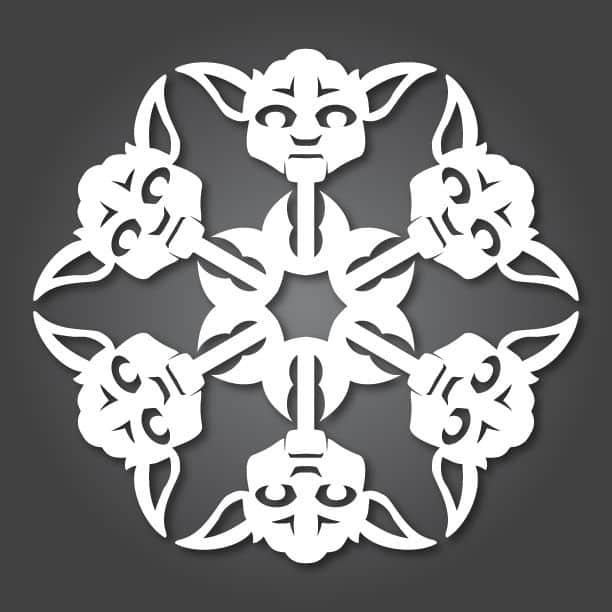 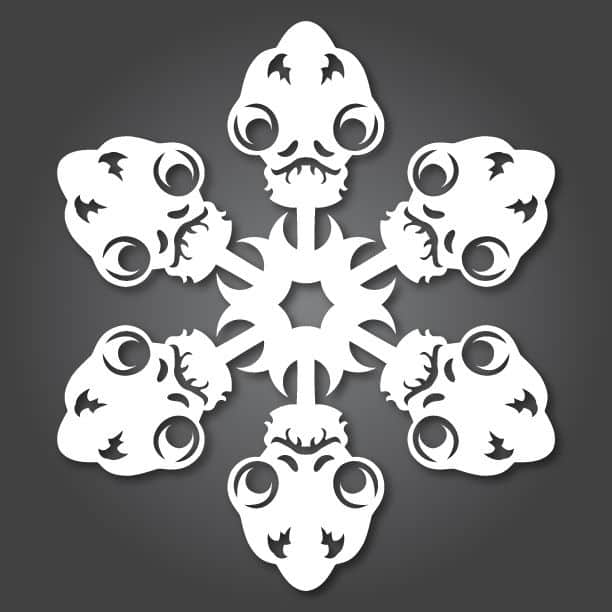 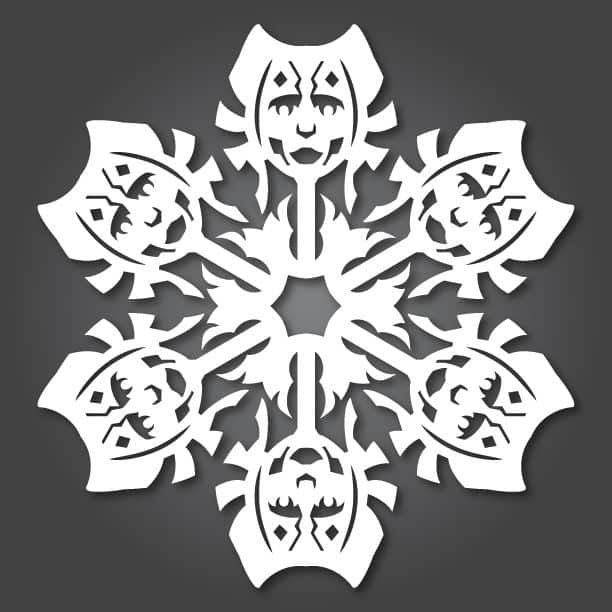 Originally published on May 8, 2016 in Art & Photography