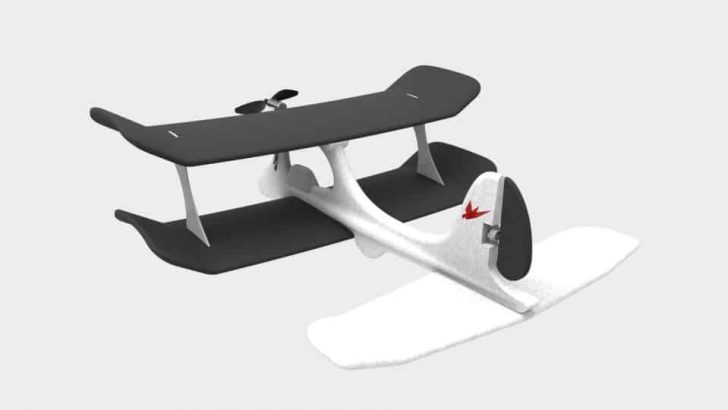 SmartPlane – Flying A Plane Has Never Been Easier

Over the years, I’ve written about various airplanes that tickled my fancy. And most recently, I have started to play World of Warplanes every other day or so. If you haven’t downloaded the, you should consider trying it out and this is coming from someone who has no interest in video games. Anyways, I don’t have the funds to become a real-life pilot but I can still keep the passion alive and on a budget with the SmartPlane by TobyRich. This small aircraft is controlled by an iPhone and and appears to be very easy and fun to fly and looks quite durable making it the perfect indoor flying machine.

The SmartPlane has a lot of features that make it stand out and better than the rest of the mobile app controlled aircraft. The SmartPlane features Touch&Go technology via BluethoothSmart. The airplane is connected to your iPhone via Bluetooth but there is no need to wait around for pairing the device. You simply hold your iPhone close to the plane, and you are ready to fly the aircraft! Once it’s one, toss the airplane in the air and with the sliding of your thumb, you are able to control whether the craft goes up or down. And for turning, simply tilt your phone in the direction you want to turn.

The SmartPlane also features FlightAssist making it sound as if its just as technologically advanced as the latest Airbus A380. The SmartPlane is able to analyze the situation and make adjustments automatically in order to assist you while flying. The FlightAssist is to the SmartPlane as Fly-by-Wire is to commercial aircraft. Because of these advanced control systems, the airplane also features slow flight. Software optimization as well as aerodynamic tweaks allows the aircraft to make tight turns and fly in small confined places.

The airplane is also powered by a Lithium-Polymer battery which only weighs one gram. Once you learn all the tricks of using the SmartPlane efficiently, you can fly it for up to 30 minutes if you learn to make use of gliding techniques. In the beginning though, you’ll most likely have the throttled on full blast which is still alright as doing that will still give you five minutes of flight while recharging microUSB cable will take approximately 15 minutes.  And while you learn to fly it, you are guaranteed to crash it. The SmartPlane features expanded polypropelene material which is able to retain its shape even after being bent. And the engine and propeller are offset inside the plane’s nose, so head-on collisions will not cause any major damage. The package will also include an extra propeller just in case you decide to go kamikaze.

If the SmartPlane looks like a fun toy for your or a friend, it can be yours for only $94.