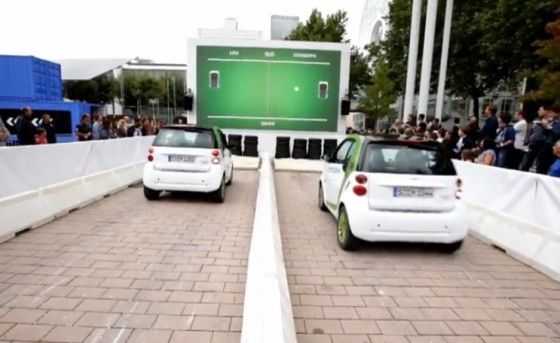 I’m a huge video gamer and not much of a gearhead, so when I found a video of two Smart Fortwos playing a made up game called Eball, I found it pretty damn hilarious when I realized it’s just real life car pong. The idea behind the publicity stunt is awesome: build a giant motion sensitive set of tracks, grab a couple of small cars, erect a giant screen, and let any idiot hop in and smash back and forth trying to control a video game. The reasoning, however, is hilariously stupid, and you don’t need to know cars to see that- obviously, car pong is going to teach you about how AWESOME the electric car is at accelerating. Really, watching tipsy Germans gun clown cars back and forth over a ten foot span is obviously proving how blindingly fast they can go. Yes, the video makes this look as simultaneously stupid and fun as this sounds. Watch after the jump. 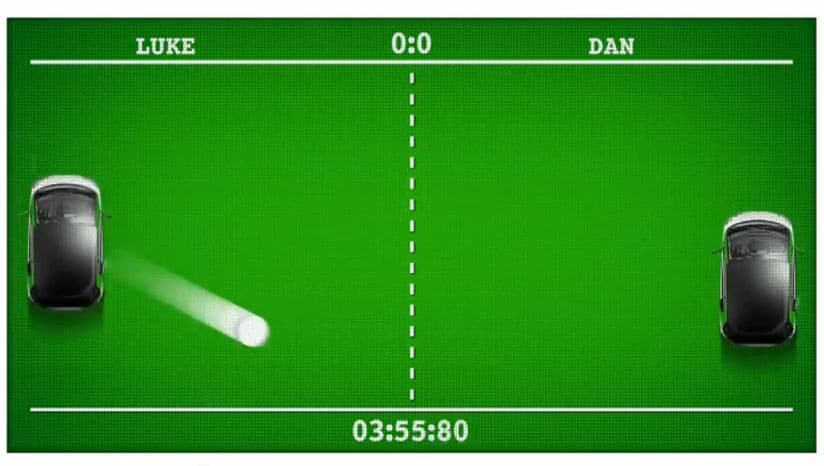 I think Smart Cars are ridiculous. I understand the need for smaller, more eco friendly electric cars that are more affordable and are easier on both gas and materials. But let’s be serious for a second, just between you and me: they look absolutely gross. They’re ugly, squidgy, and I’m fairly certain that as altruistic as a man may be, a part of him really doesn’t want to be seen in one. However, I can say with conviction that if someone handed me the keys to one and said, “you’re gonna play car pong” I’d be squealing with glee and ramming that sucker back and forth into the barricades as fast as the ‘surprisingly powerful acceleration’ would allow. 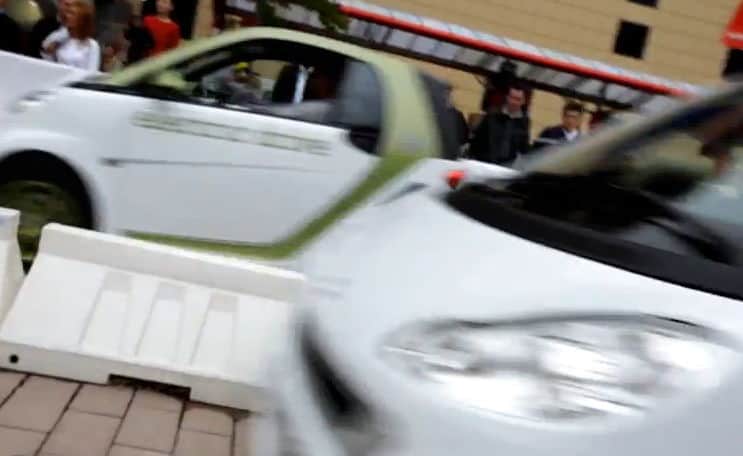 This epic marketing ploy was unveiled at  IAA, Frankfurt, and Smart let 6000 people attempt to pancake Fortwos into walls. While they say it was a resounding success in terms of sharing the “acceleration power” of the e car (I feel as though I must put that in quotes), I say it is a resounding success in letting people drive just on the cusp of destroying

property without consequence. Taking a break from making fun of the electric toaster on wheels, it would be pretty cool to play a game of car pong without the frustration of using a classic paddle controller with the huge dead zones. Many a game of pong has turned violent when I pull out the Atari due to how absolutely god awful the turning radius on those things are. Probably like on the Fortwo… but now I’m just being a jerk. 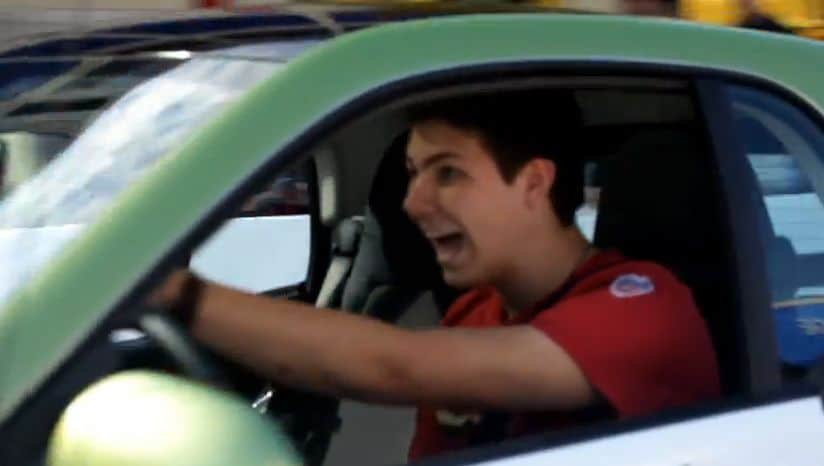 See this guy? Look at how excited he is to be getting to smash this thing into a wall.

In any case, the technology behind this and the actual idea of car pong is super awesome. Think of how amazing this would be out on salt flats with a way bigger field and muscle cars. This could pave the way towards other adaptable car controlled video games, that would be completely safe and definitely viable, like Angry Birds, Skyrim, or that light trail thing from Tron. You can learn more about the Fortwo Electric Drive here, if I haven’t already completely offended you. Otherwise, watch the video and enjoy. Keep an eye out for the amusing quote, “Last longer then the battery of an xBox” … why on earth would you advertise that, and what the hell does that even mean?! 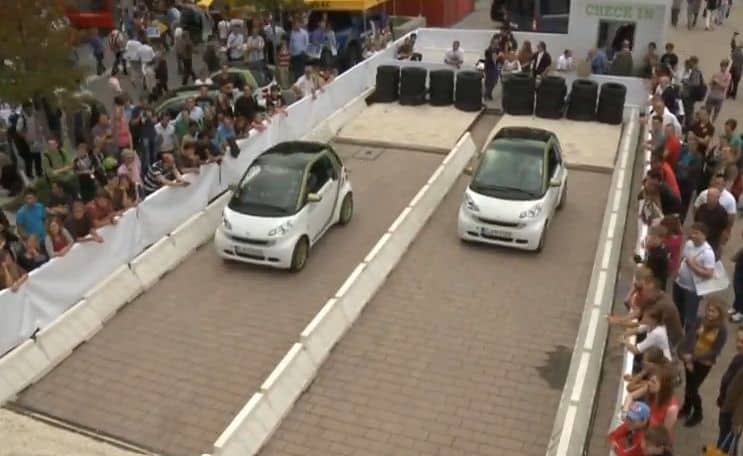 Originally published on May 8, 2016 in Cars, Humor