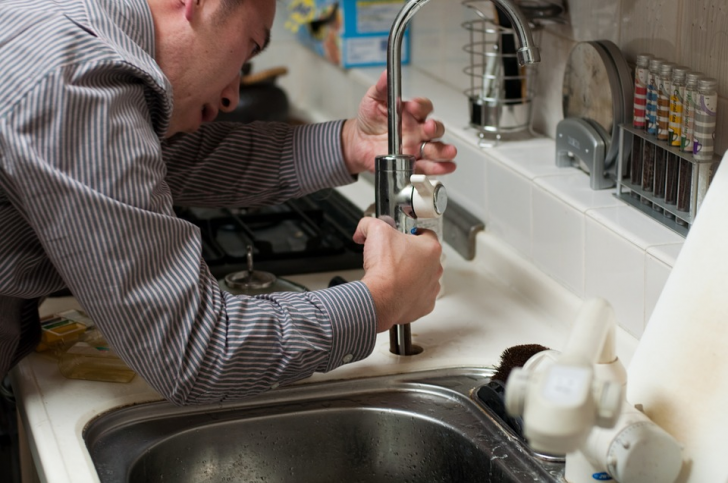 It’s good to take pride in even small achievements. But it’s even sweeter when you know those around you admire what you can do too. So professional plumbers and skilled amateurs can raise a glass to themselves as a new study puts them top of a list of the world’s most admired skills. The nationwide study found that fixing a leak is the skill people admire the most.

According to the 2,000 person poll, conducted byproperty maintenance experts Aspect, which asked participants to rate a range of skills, from fixing a leak and putting up a shelf to changing a lock and even putting up a shelf in order to discover which skills attract the most admiration from family and friends, plumbers and those with reliable plumbing skills around the house are the most admired.

The admiration for these skills was highest among women and older people. Over-55s rated plumbing higher than any other demographic. But it’s not just your girlfriend or your grandma who thinks it’s cool that you can fix a leak, even movie stars can find themselves in awe of the humble plumber. When the pool in his Italian villa sprung a leak just hours he was expecting a visit from his pal Barack Obama and family, it was a local plumber who turned up to save the day for George Clooney. The Clooney entourage were reportedly so relieved to have the problem solved that they gladly posed for selfies with the humble tradesman.

And it’s about time handy skills got some love. There’s a shortage of qualified and experienced tradespeople in the United States and many blame it on decades’ of focus on bachelor’s degrees.

So as well as being admired, these skills are in high demand too. In 2017, the state of California spent $6 million on reviving the reputation and perception of vocational careers. And in April 2019, home improvement chain Lowe’s launched its ‘Generation T’ campaign, along with 60 other companies, to bring along a new generation tradespeople.

Nick Bizley, Aspect’s director of operations, believes plumbing skills are held in such high esteem because we only tend to need them in an emergency.

“We know from firsthand experience how people are relieved to see a qualified and experienced tradesperson at their door, especially during an emergency situation such as a leak. The same sentiment seems to apply when asking people about the skills they admire around the house. It’s easy to be impressed by a skilled handyman who can put together flat-pack furniture or put up a shelf, but when it comes to emergency tasks, the stakes are that little bit higher.

“While we’d always advise people to call on a professional when they have an emergency problem at home, it’s handy to know some basics, such as how to shut off a water supply via the mains to stem a water leak. This can often be the difference between a maintenance problem and a maintenance emergency.”