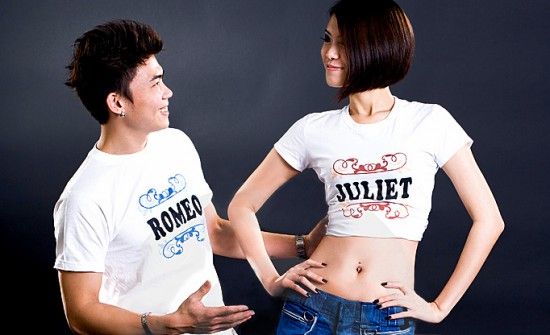 On the Hook: Worse Than the Friend Zone

Dear Gina, I’ve got a problem, and I think I need some advice. There’s this girl I love- we’ve tried dating but its never worked out. It was good but there were problems, and when I went back to NYC for the summer, she stayed in Buffalo where she’s from. The distance got to us, fights occurred a lot and we broke up. But we ended up talking, and almost trying to work out the problems; my stuff wasn’t the only thing keeping her from a relationship, life just handed her too many lemons. So we would kiss, hold hands in public, cuddle, no sex and it was ok, but there were still fights…Now we just decided maybe it won’t work. I don’t know what to do. Do I move on?


It’s hard to believe that there’s anything worse than being friend zoned by a woman you want to be with, but the sad reality is that there is an even worse state…and most men will experience it at least once in their lives. I was talking with one of the other unfinished men this week about being on the hook, and I decided it was time to shed some light on the whole crappy thing when one of our readers asked about a textbook example. Seeing his letter from outside the situation, you’re all thinking, “What the hell is this guy smoking?” but read on and find out that being kept on the hook is a lot more common- and emotionally damaging- than you may realize.

What’s being on the hook? No one’s making me do anything!

You’re right, no one will ever force you to do anything, which is for the best, because you’re completely capable of fucking up all on your own. The problem is, when you fall in love or lust, it’s pretty normal that your brain sort of shuts down regarding the person in question. You do stupid or unnecessary things for them, make an effort to be there for them and be near them, and generally make them one of the focal points in your life. None of this is a bad thing and is pretty normal in the course of a relationship, where both of you usually exhibit this goofy behaviour. Being on the hook means that when the relationship is over (or if it’s never even begun!) you’re already locked into this routine… and the other person knows it. This is the main difference between being on someone’s hook and getting friend zoned; I’ll extend a fishy little metaphor for you to underline what I mean.

In the friend zone you’re in the same aquarium as the girl you’re into. You swim around, hoping to bump into her, happy to be in proximity, do whatever you can for her; but goddammit, you just can’t get into her little castle. She’s waving at you from one of the little barred windows and sometimes she comes out to hang out with you, but mostly she has no idea that she’s completely inaccessible and looks at your interactions as that of a friend.

When you’re on the hook, you’re not just inside the same aquarium – you’re tethered right outside her little castle like one of those plastic divers is holding you there in a death grip. When she wants you, you’re there – when she doesn’t want you, you’re there. You get even less freedom than one of those dumb ass friend zone guppies, who at least gets to swim around and smash his face into the bowl to forget. When the other fish are ignoring her, or she doesn’t get enough food, or she gets fin rot, she comes down and you’re there to console her. When things start looking up again, or a bigger, manlier fish comes along, you’re left waiting while she swims off to get her swerve on.

Does this sound shitty? It really is. Being on someone’s hook means you’re wasting your time on someone who isn’t willing to put the time in to love you back. They may have at one point, or they may think that maybe some day they’ll be able to – but let’s be honest: they know that you’re pining for them, and that is a comforting feeling they’re not willing to let go of. Everyone loves to feel needed, and girls are happy to leave you hanging as a backup boyfriend and security blanket while they make their way in the world. A lot of the time you don’t realize that you’re on the hook, but once you do, it’s a pretty miserable place to be.

This is one of those things it’s best to trust both your gut and your bros on. While you’re obviously going to take a razzing from them, listen to your friends; are they constantly telling you that a girl is using you or that you’re whipped? If you’re hearing this sort of thing over and over, and you’re NOT dating her, bite the bullet and ask for their honest opinions. If you tell them you value you their views and need help, good friends will stop giving you shit and start giving you the truth. At the end of the day, if you feel like it’s a constant struggle, it’s hopeless, or you just feel used and abused, look at the entire relationship and think about timing. Have there been other men in her life? Good times and bad? School, work, or living arrangement changes? If you’re on the hook, it’s likely that whenever the going gets tough, you’re the go to guy. Trust that shitty feeling in the pit of your stomach, and realize you need to break free.

Once you’ve figured out where you stand, the last hurdle is to sever. It’s going to hurt like hell, but you have to do it; if you’re not fed up enough to sever all together (which you really should be doing – you’ve tried to date her and you’re not happy with the ‘friendship’) then you need to completely cut off any behavior that isn’t that of a casual friend. No more one on one time, no more running errands – think attending group functions where they are and having a brief hello conversation at the max. Sound harsh? This person’s been keeping you around for their benefit alone and is too focused on the support system you’ve created for them, rather than being adult enough to admit to you that there is no romantic future for you two. Whether or not you talk to the person is up to you, but I don’t recommend it. No one wants to feel like the bad guy, even if they kind of know they are, so you’re likely to get talked into “trying again.” Trust yourself enough to let go on your terms, and go console yourself with one of the many other fish in the sea.