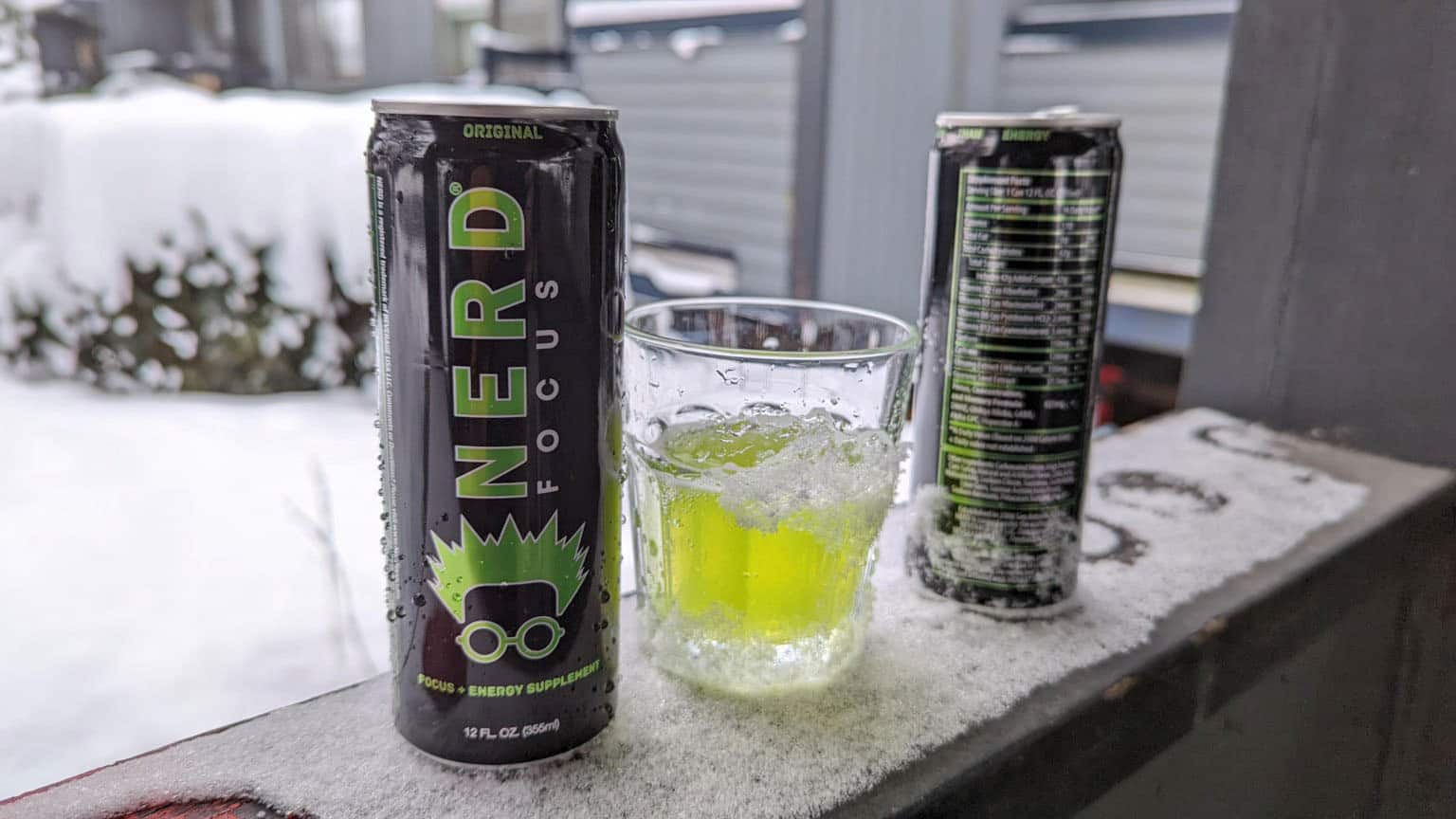 As someone who has always been interested in nootropics and the ways they can help improve cognitive function, I was intrigued when I came across Nerd Focus, a nootropic energy drink that claims to boost productivity and focus.

With a unique blend of ingredients that includes Alpha-GPC, Huperzine-A, DMAE, Ginkgo Biloba, and GABA, Nerd Focus promises to offer a range of benefits beyond just providing a quick energy boost. But is it worth the hype? I decided to try it out for myself and see if it lived up to its claims.

First off, I was pleasantly surprised by the taste of Nerd Focus. It’s lightly carbonated and has a unique flavor that is actually quite enjoyable. This was a major plus for me as someone who doesn’t always enjoy the taste of energy drinks.

But of course, the taste is only one factor to consider when evaluating an energy drink. The real question is whether Nerd Focus can deliver on its improved cognitive function and productivity promises. To understand how it might achieve these effects, it’s helpful to take a closer look at the ingredients that make up this nootropic drink.

One of the key ingredients in Nerd Focus is Huperzine A, an extract from the Huperzia Serrata plant that has been shown to have various cognitive benefits. In studies, Huperzine A has been shown to improve memory and learning in people of all ages, from young students to seniors. It works by increasing levels of acetylcholine, a neurotransmitter in the brain that is essential for learning and memory. By boosting acetylcholine levels, Huperzine A may help improve memory and slow cognitive decline.

In addition to Huperzine A, Nerd Focus contains a blend of vitamins B2, B3, B6, B12, and ginseng extract. These ingredients are thought to benefit cognitive function and overall health. For example, B vitamins are essential for proper brain function and can help reduce fatigue and improve concentration. Ginseng, a popular herbal supplement, is believed to have many benefits, including improved brain function and reduced stress.

Nerd Focus also contains 128mg of caffeine, equivalent to about 1.5 cups of coffee. Caffeine is a stimulant that can help improve alertness and focus, but it can also cause jitters and other side effects if consumed in large amounts. In the case of Nerd Focus, the caffeine content is on the lower end of the spectrum for energy drinks, which may make it more suitable for people who are sensitive to caffeine or don’t want a major caffeine boost.

But what really sets Nerd Focus apart from other energy drinks is its unique blend of five major ingredients: Alpha-GPC, Huperzine-A, DMAE, Ginkgo Biloba, and GABA. These ingredients are thought to have various benefits beyond just providing energy.

DMAE, or dimethylaminoethanol, is another ingredient in Nerd Focus that is thought to have cognitive benefits. It is a compound naturally produced in the brain and is believed to help improve memory and cognitive function. Some research has also suggested that it may have anti-aging effects and help reduce the risk of developing Alzheimer’s disease.

Ginkgo Biloba is an herbal supplement derived from the leaves of the Ginkgo biloba tree. It has been used for centuries in traditional medicine to improve memory and cognitive function. It is also believed to have many other benefits, including improving circulation and reducing the risk of developing certain types of cancer.

GABA, or gamma-aminobutyric acid, is a neurotransmitter involved in regulating nerve impulses in the brain. It is believed to have a calming effect and may help reduce anxiety and improve sleep.

Does This Nootropics Drink Live Up to the Hype?

So, does Nerd Focus live up to its improved cognitive function and productivity claims? It’s difficult to say for certain without more research, but the ingredients in Nerd Focus do have some scientific backing for their potential cognitive benefits. That being said, it’s important to keep in mind that the effects of these ingredients may vary from person to person, and it’s always a good idea to speak with a healthcare professional before starting any new supplement regimen.

Overall, I was impressed by the range of benefits Nerd Focus offers. As someone always looking for ways to improve my focus and cognitive function, I appreciate the inclusion of these ingredients in an energy drink format. If you’re looking for a way to boost your brainpower and focus, Nerd Focus is definitely worth considering. Consider consulting a healthcare professional before adding it to your routine.

KOL Is the New Google of Experts and Influencers

How Young Men Can Organize Their Finances While in College