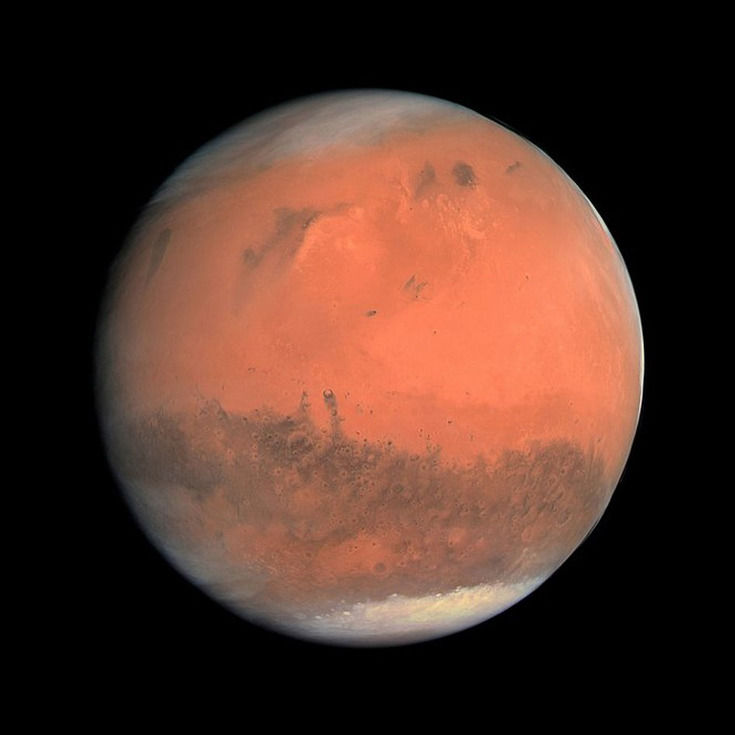 If you’re one of our frequent readers, you’ve probably realized by now that I’ve got a hard-on for space. It’s a massive, mostly unconquered frontier, and I can’t get enough of it. Unfortunately, our society hasn’t placed a big enough focus on space travel, so retiring on Mars is still a distant dream. In the mean time, I settle for amazing photographs like these.

Created by the very talented Michael Benson, these edited, color corrected, pieced together bits of high resolution photos and composites from Nasa form incredibly beautiful pieces of art. Michael sifts through hundreds of photos looking for interesting pieces, and then adjusts them for clarity and proper color. The result is what you see below… absolutely amazing sights, just waiting to be explored.

The Majesty of Space

The incredible chaos terrain of Europa, one of Jupiter’s many moons. It’s actually a rather depressing looking place… very alien, very cold looking.

Here we see Europe again (in the upper right) set against an incredibly massive storm on Jupiter. The storm is known as “The Great Red Spot”, and it’s roughly two times the size of earth!

I’m sure you know what this is… Mars… future retirement spot for Elon Musk, and hopefully myself as well. Though arguably barren and desolate, this planet holds so much potential for colonization. Just read the Mars trilogy and you’ll understand. That we aren’t throwing more money at colonizing Mars is incredibly frustrating.

This is one big dust storm going on. Outside of Earth, everything seems to be done on a much grander scale.

This area of Mars is called Valles Marineris, and the rift valleys in the center are known as Noctis Labyrinthus, the Night Labyrinth. Then there’s those two massive brown spots on the right side of the frame. Know what those are? Fucking huge dormant volcanoes, that’s what.

This is the Endurance Crater on Mars, and boy does it look alien. The patterns of the dunes look incredibly unusual.

More dunes, but this time on the North polar region. Again, what the hell would cause them to form like this? They’re like nothing I’ve seen on Earth, either in person, or pictured.

Though Saturn is incredibly beautiful, I wouldn’t want to be the person having to navigate its rings. From what I understand, the space junk that forms them is traveling at incredible speeds around the planet.

Here’s a closer shot of Saturn, and this time you can see the moon known as Mimas in the upper right of the frame. It’s absolutely dwarfed by the scale of Saturn itself.

The Works of Michael Benson

If you’re interested in seeing more of Michael Benson’s work, and I’m betting you are… then head over to Kinetikon Pictures, his official website. You’ll learn all about the man himself, and an in-depth explanation of how he creates these amazing works. Oh, yeah… and I guess you could go see more of his work too. What I’ve posted is just a tiny sampling of his entire, massive collection.