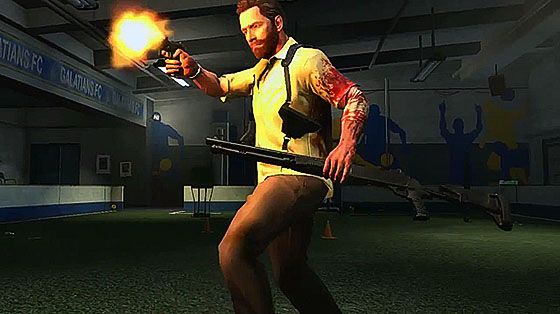 It’s been a long time since Remedy Entertainment first dazzled us with their Max Payne series of games. Finally, after all these years, we get the sequel we’ve been waiting for – Max Payne 3. Rockstar Games – the new developer of the franchise – just released this new “Targeting and Weapons” trailer to show off, well… targeting and weapons.

The entire trailer is narrated by a fellow who describes the many new shooting mechanics that Rockstar developed for the game. Rockstar hopes that the changes instill a unique sense of believability to the series, while retaining all the wonderful features and trademark slow motion gun play that made the previous games so great. If the trailers are any indication, I think they’ve really nailed it. All of the characters look extremely lifelike, especially in their movements. As an example, you’ll probably notice that people shift their weight from foot to foot as they move. It’s a minor touch, but sometimes small touches go a long way towards creating a believable game environment – a fact that many games companies seem to miss.

I think that my favorite aspect of the trailer is that Rockstar managed to keep the shooting style that made the Max Payne games so enjoyable for me, while improving it a bit – both in terms of visuals, and game mechanics. I’ve already described the visual improvements, but in terms of game-play mechanics, they’ve also added in a cover system. Generally I roll my eyes at the sight of a cover system – since they usually suck – but this one just looks so graceful, and more importantly, unobtrusive.

I have high hope for Max Payne 3, and this May we’ll see whether my faith is well founded.