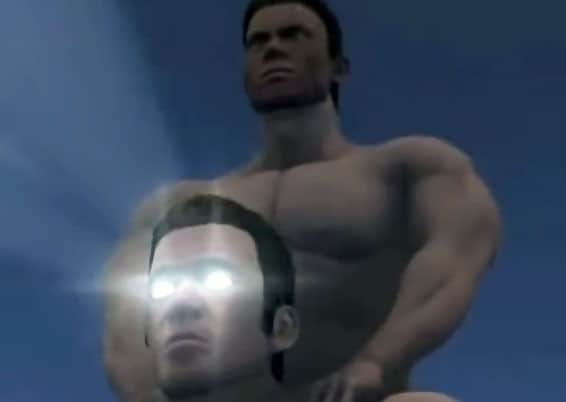 One of my best friends, we’ll call him Jaro because that’s his name, loves emailing me the craziest videos and pictures he can find.

He won’t even include a title or any explanation, just a link, and undoubtedly I’ll gobble up whatever he sends me because I’m a sucker like that. True friendship… or something like that. This works well, because it means I have a steady stream of extra “stuff” to share with you guys, and more confusing the better, and I promise you… Ultimate Muscle Roller Legend is just about the most confusing video I’ve ever seen.

Saying anything about the video will “ruin” it, so it’s best if you just watch and we can talk after that. Believe me when I say that it’s virtually impossible to describe in any way that you would actually believe anyway. Oh, and it’s pretty gay in the truest sense of the word, and not very safe for work.

I bet you’re asking yourself, what the heck did I just watch?

Don’t worry, you’re in the same boat as everyone else. If you’re oddly aroused, that’s fine too; you might have just learned something about yourself, and life is all about discovering. Anyway…

The video is described as such:

Deep in the forest lived Billy and his charming companions. They peacefully honed their bodies and listened to music there. But a wave of development came upon the forests. One who would turn all to road. Kagamine Rin had come. Billy must stop the construction before all is turned to road.

Now, this doesn’t make much sense on it’s own, until you read up on Billy Herrington, the star of the show. He’s the man this character is based on, and, well… you can read about him here. The short version is that he’s a gay film star from America that the Japanese seem to adore. This is him posing in Tokyo, in fact.

Probably not, but I’m afraid that’s all I’ve got.

All I can say is ohhhhhhh Japan, you so crazy.