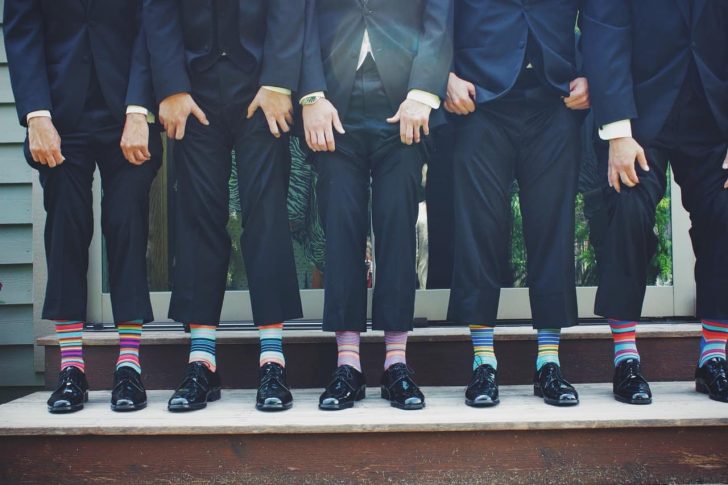 What Did We Learn From Men’s Fashion Week This Year? 2017 Styles To Watch

It doesn’t seem long since the sun was shining and we were all wearing shorts and staying out late in the evening. But all good things have to come to an end. Now attention is shifting to the styles we’re most likely going to be seeing next year. With London Collections, Paris and Milan behind us, we’ve got a pretty good idea of what 2017 will bring. Designers have pulled out all the stops, yet again, to wow us.

Here, we’ve condensed down all of the big trends likely to hit next year. If you want to know what the future of men’s fashion looks like, you’ve come to the right place.

Roll necks have been big news this current season. We’ve seen them featured at all the major shows, and in fashionable places all over the world. But the classic roll neck is going to get a major upgrade next year. As 2017 approach, roll necks will morph into more of a funnel shape. These will be slightly lower than the roll necks we’ve seen so far. In fact, they may end up looking more like mock turtlenecks without the roll. So far we’ve seen funnel necks come in a couple of varieties. There’s the slip over version, for a casual look. And then there’s the zip-up version for more formal occasions. Funnel necks are at their best when paired with jeans and long coats.

The revolution in trousers has been on the horizon for a while now. Top menswear designers have been hinting at a change in direction since last year. Next year, this change will finally come to fruition. We’re going to see a loosening of hems next season to give us baggier trousers. This isn’t a style that is going to be pulled off by your average Joe. It’s a look only the slimmest among us will be able to achieve. If you are slim, you’re in luck: these trousers are among some of the easiest wearing you’ll find. Go for a wool version if you can: these tend to be looser in all the right places. Most trousers come with an elasticated waist to fit different hips. Pick up a tailored version if you want an exquisite fit.

Over recent years, we’ve seen the emergence of the silk shirt trend. How long was it going to be before it was paired with the pajama suit? Not long, evidently. Pajama suits have been showing up across prominent menswear shows all summer. We’ve seen examples from Valentino and Dolce & Gabbana. Some pajama suits have come with a custom patch or been paired with black turtlenecks for a stylish effect. You might be thinking that the idea of pajama suits taking off seems rather unlikely. But remember, people said the same about boiler suits, and they’ve become rather popular. Expect to see more of these gracing the high street in years to come.

For too long shoes have been understated. Now fashion designers want to make a thing of them and give us something new to talk about. Men’s shoes haven’t undergone a revolution in a very long time. So now designers are looking for ways to make them bigger and hopefully better. It doesn’t matter what kind of shoes you like, whether slip-on or laced. These changes are going to come to shoes across the entire market. 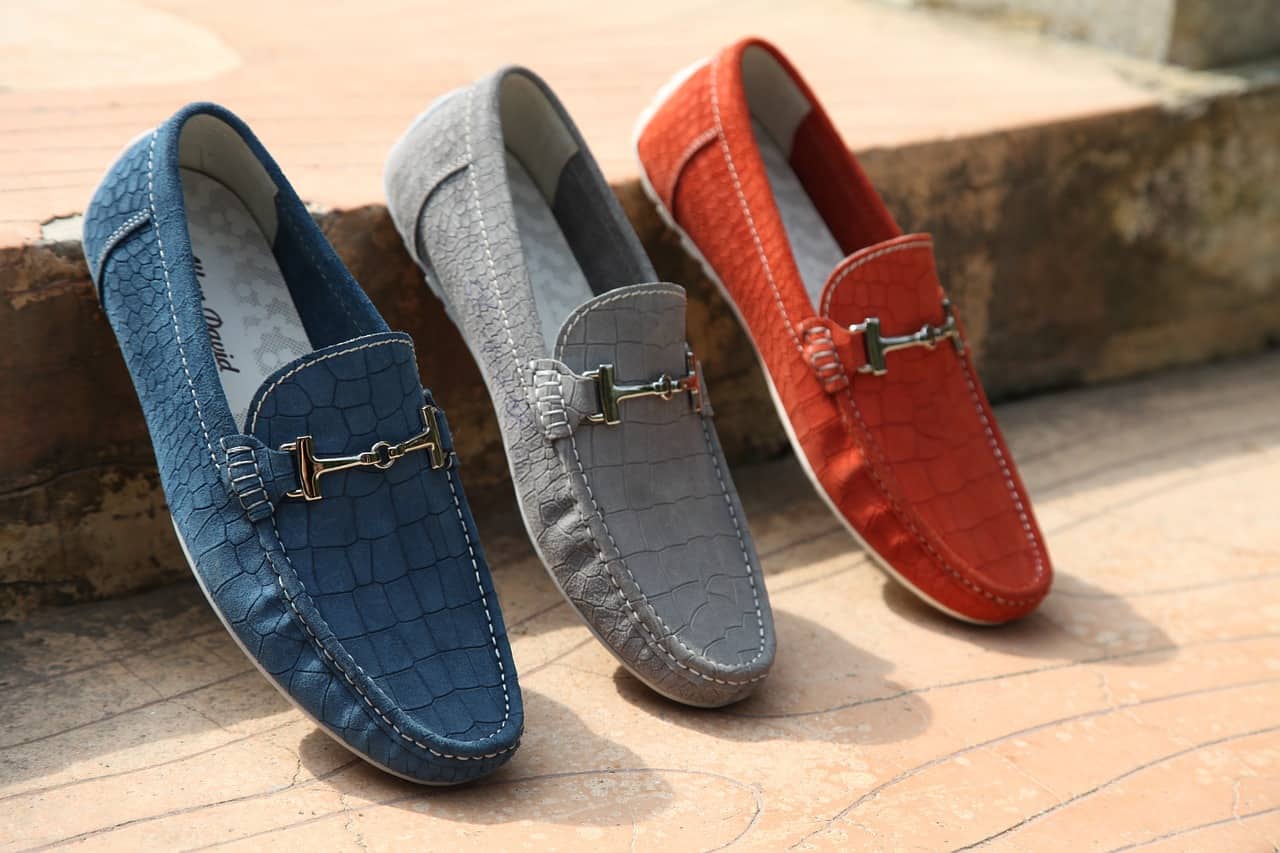 So what are we going to see in 2017? First off, men’s soles are going to be getting thicker and more rubberized. It’s going to feel like you’re back in your school shoes of yore, only more. We’re also going to be saying hello to bigger, more impressive features on our shoes. Buckles are going to get bigger. Fringing will become more apparent. The changes are going to be noticeable if Paris is any guide.

Because of these changes, it’s likely we’ll see hiking boots come to the fore next year. They’re the obvious candidate, given the trends that we’re witnessing. Plus, they can be paired with virtually anything in your wardrobe which is always a good thing. Expect to see boots next year paired with everything from pajama suits to sportswear.

We saw a lot of silk at this year’s fashion shows. It was probably the material of choice at the Paris Fashion Week. Pretty much every designer had experimented with the material in one way or another.

But how do we regular folks get in on the trend? The best option is probably to be on the lookout for silk shirts next year. Try putting one on under your suit – that’s probably the most straightforward way to join in.

You can also try pairing it with things like parkas or leather bombers. Most of us have a leather bomber, don’t we? Nylon outerwear was a big hit this year too.

A few seasons back, wooly scarves took menswear by storm. All of a sudden, we were all sporting them. And they were so easy to obtain. Our mothers had been buying them for us every Christmas for years. Fast forward to 2016, and the scarf is about to be usurped, and for no other reason than a change in the fashion. Next year, scarfs are out, and neckerchiefs are in. This is how we’re going to protect ourselves from the cold for the 2016/2017 season.

We’ve seen some significant attention paid to neckerchiefs this year. They were most celebrated at the Paris Show, although they did make an appearance on the London catwalk too. If you really want to keep pace with the current neckerchief trend, be on the lookout for silk or cotton and silk. Also, find a neckerchief that is heavily patterned and brightly colored. Bright, colorful designs are also in. If you want to look the part, pair neckerchiefs with a long, plain coat and relatively plain jumper.

You may recall from your youth that you wore a neckerchief in the scouts. Do you remember how you fastened it? Yes, you wore a woggle. You’re free to tie your neckerchief as a bandana. But you should also know that woggles are back in fashion next year. Fail to prepare, prepare to fail – or whatever it is that the scouts say.

Autumn wear is all about outerwear. And even though we’ve seen fashion designers play around with many different designs, duffle coats were the most popular. The duffle coats this year were typically hooded and came with a vast assortment of fastening toggles.

If you really want to get bang on trend, opt for a camel colored coat. But designers did play around with the concept. For instance, this year we saw Maison Margiela playing around by chopping off the sleeves. We also saw other designers increasing the length of the sleeves. Stuart Vevers went all out and decided to swap out the duffle material for plastic, giving the coat a shiny look.

The bomber jacket trend has been around for some time now. So it should come as no surprise that it has been evolving if only to keep it fresh. We’re seeing designers innovate in a plethora of interesting and unusual ways.

The biggest trend seems to be towards covering bombers in embellishments. For instance, bomber jackets are being combined with the custom patch. Badges are being sewn directly onto the surface of black jackets, giving an eclectic look. We also see the rise of other embellishments, like wool and velvet. Bombers aren’t bombers anymore. They’re a canvas for whatever design takes the designers fancy. Expect to see bombers next year will all sorts of adornments on their surface.

Go For A Knitted Polo

As the temperature dips, we’re going to be seeing a lot more knitted polos around. If you’re not quite ready to go for the full on sweatshirt, a lighter layer is definitely an option. We’ve seen plenty of knitted polo shirts this year from all the major fashion designers. They’ve been thrown over everything, from tees, to shirts. And they’ve made an appearance underneath slouchy suits.

If you want to get maximum value from your clothing, go for plain polo knitwear. Choose two or three different, light polos. And make sure that they all fit in with your existing wardrobe.

What color reminds you most of the Autumn? Probably deep reds and coppers. It’s no surprise, therefore, that we saw copper make a big appearance late on in the summer this year. Copper will be the color of choice going into 2017. We also see more blacks, navies, dark greens and grays.

The cool thing about copper though is that it’s not a color we’ve seen emphasized before. If you’re looking for something a little different, it’s a good choice.

Originally published on October 28, 2016 in Fashion