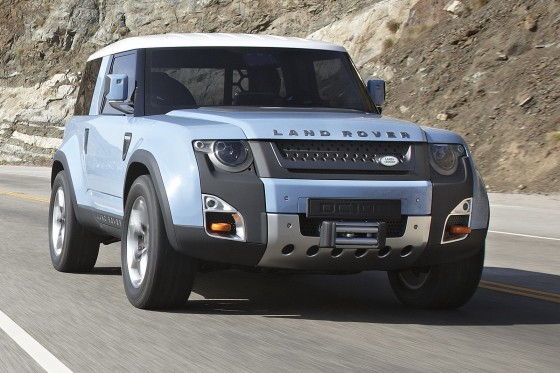 Land Rover would like to gauge customer interest in the concept DC100 by showing it at the Los Angeles Auto Show; the DC100 is speculated to replace the Defender in a few years.

The Land Rover Defender is one of our favorite vehicles here at Unfinished Man and we have written many posts on tuned and special edition Defenders; we love the rugged no-nonsense looks and capabilities of the vehicle.  The DC100, in my opinion, doesn’t live up to the Defender name.  It looks like it’s made out of plastic and reminds me of a toy.  The DC100 is the equivalent of the Toyota FJ Cruiser, which was, IMO, an insult to the original Toyota FJ.  The DC100 does look like a decent cross-over but Land Rover would be better off calling it Evoque mini or something like that.

Tell us what you think of the Land Rover DC100 and DC100 Sport in the comment section below.