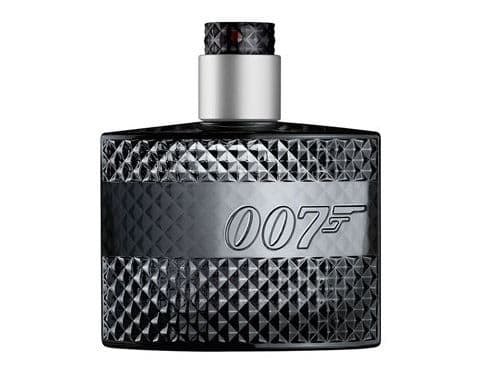 Let’s face it, we’ve all pretended to be James Bond at one point or another, don’t be shy, you know you’ve done it. I mean, who doesn’t want to be a well-dressed spy that gets to travel the world, drive exotic cars, play with sweet gadgets, and most importantly, get freaky with sexy girls!

I don’t know what it takes to be a super-spy but I do know you can now smell like James Bond with the “James Bond: 007 Fragrance for Men”.  I don’t really know what a spy smells like or should smell like but I’m sure this cologne should get you one step closer to becoming Agent 007 (not really).

Eon Productions and Proctor & Gamble teamed up to bring this fragrance out in 2012 to coincide with the 50th anniversary of the film franchise.  The James Bond fragrance will be launched on August 15 at Harrods of London and will be available at retail stores on September 19, 2012 and online for about $50 on amazon.com.  The latest James Bond movie, Skyfall, will arrive in theaters in November 2012.