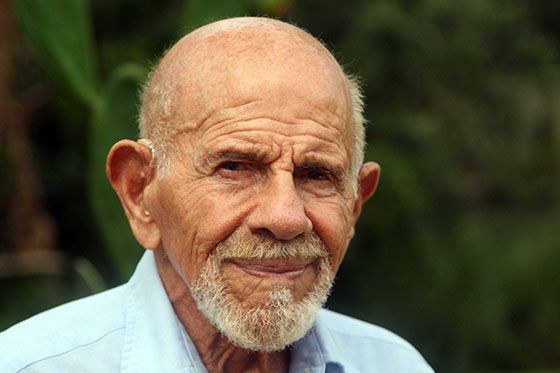 If you can get over Jacque Fresco‘s gnome-like resemblance, perhaps you’ll find his thoughts and theories rather interesting; I know I did.

You see, Jacque is the creator of the Venus Project – an organization that promotes a sort of Utopian version of the future. In this interview he discusses everything from the many failings of capitalism, to his desire to move towards what he calls a resource based economy. It’s a short, but incredibly thought provoking interview, and I encourage you to have a listen and judge for yourself.

Jacque Fresco on Everything

He’s an interesting guy, don’t you think? Love him or hate him, he certainly has a voice. Personally, I didn’t find anything he said particularly absurd. Most of his explanations and possible solutions to current problems are quite reasonable. Having said that, I think it unlikely that society will choose to move away from a system of money any time soon. Money is a symbol of a person’s effort, and for better or worst, we’ve had millions of years worth of evolution that have drilled home at least some form of monetary exchange, be it cash, precious metals, or any number of symbols we’ve created over the centuries.

Now, if you’re interested in learning more about Jacque Fresco and The Venus Project, you can do so by heading to their official website. There’s plenty of information, and a slew of poorly rendered drawings to get your imagination flowing.