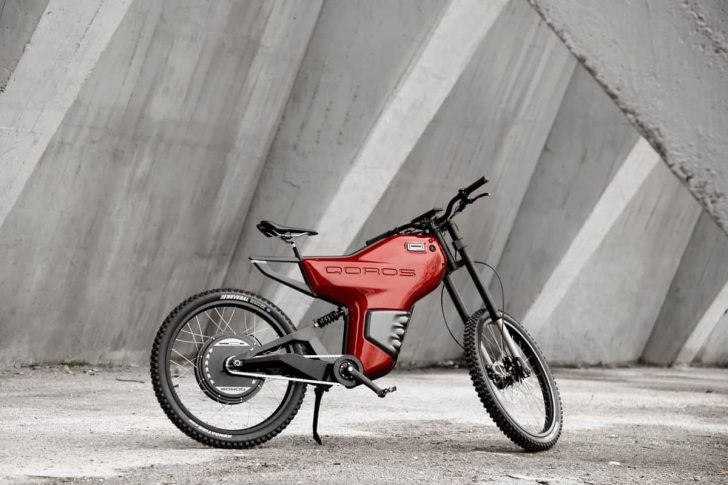 We’ve written about a number of electric motorcycles and bikes but non have been as unique looking as the Qoros eBIQUE Concept. The electric bicycle is intended for the modern metropolitan consumer. The rider can either pedal to their destination , pedal with assistance from an electric motor, or go the lazy route and use the motor only to power the bicycle.

The Qoros eBIQUE Concept has three operating modes when using the electric motor. The first is the ‘Street’ mode which limits the top speed limited to 15mph (25 km/h) to avoid being legally classified as a motorcycle. The ‘Eco’ mode maximizes energy-efficiency, whatever that means. Not much details are available about the Eco-mode but the ‘Power’ mode should be something of interest. In this mode, you can accelerate faster and you have achieve a top speed of 40 mph (65 km/h).

Just like a hybrid system, the eBIQUE electric bicycle also features a regenerative braking system among other high-tech gadgetry. The bike will feature a permanent 3G connection and is operated via an advanced five-inch touchscreen which is mounted on the handlebars. This touchscreen is the exact version of the eight-inch found on the Qoros vehicles.  The screen is able to display routes, features intelligent navigation, weather forecasts, access to social networks, and other important data related to your bike such as battery charge, tire pressure, range remaining, and much more.

There is also fingerprint recognition on here and has the ability to recognize multiple users. The body of the bicycle is hand-laminated carbon fiber and based on the steel frame of the G12 electric bicycle from Greyp. For more information about the Qoros eBIQUE Concept, check out their website.

E-bikes are quite popular in China with a 130 million on the streets but none are probably as advanced as this system here. This wouldn’t be something for me but it’s still a pretty cool ride to have.

Originally published on August 16, 2016 in Bikes