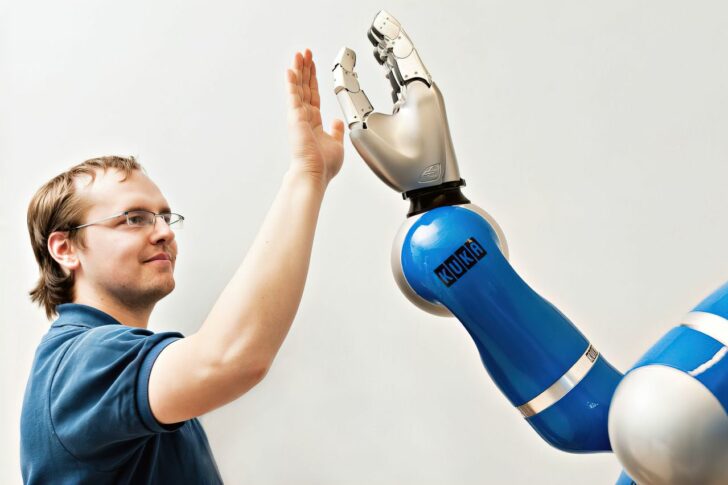 Cobots: An Innovative Way to Make Your Manufacturing Processes Efficient

A collaborative robot is also known as a cobot. Cobots are robots that were created to work close to humans. Collaborative robots are drastically different from traditional robots because they are used in industrial spaces. What makes them different is that traditional robots used in industrial areas were designed to be used in spaces not close to humans. A cobot was created to have the ability to collaborate with humans in a work environment so the two of them can get a task done effectively and efficiently. A collaborative robot can function safely and in conjunction with humans because they are made of lightweight materials that operate at a safe speed level without a lot of force. These robots are also constructed with rounded edges, sensors, and special software that encourages safe behaviors around humans to prevent injuring any humans that come into contact with the robot.

The history of Collaborative Robots

Collaborative robots are used in many different ways and many different spaces. The most common spaces in which collaborative robots are used are warehouses, industrial settings, and manufacturing facilities. They can be used as service robots, automated robots, or logistics robots. When used as service robots, it is often used in a public space. When you use a logistic robot, it is often used inside a facility and helps transport materials. It helps people with unergonomic tasks such as assembly operations, moving heavy parts, and machine feeding when used as an automatic robot.

The Advantages of Using Collaborative Robots In Manufacturing

How Collaborative Robots Assist With Heavy Lifting In Manufacturing Facilities

Collaborative robots assist human workers with heavy lifting in manufacturing facilities because some can organize, transfer, and lift goods without being manually operated by humans. This helps to decrease the possibility of injury to human workers from heavy machinery such as forklifts.

How Do Collaborative Robots Assist With Picking, Placing, And Packing In Manufacturing Facilities?

Originally published on August 12, 2021 in Technology