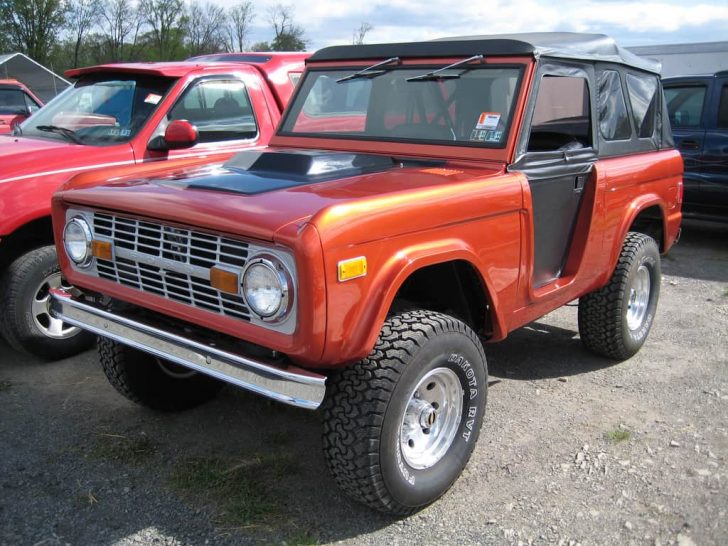 If you’re a sucker for old classic cars but also really enjoy the reliability and technological advancements of a modern ride, you’re about to be able to have your cake and eat it, too. In the next few years, a couple of iconic classic cars are getting revamped and sent back into production. Here are a few to get excited about.

If you’re a diehard fan of these sturdy old beasts you may have noticed that over the last few years it’s getting more and more difficult to find old-style Broncos that are in good condition, for sale, and that haven’t been modified like crazy. This has lead to an increase in price on these increasingly rare vehicles, which in turn has lead Ford to plan to start producing them again by 2020.

While the new Bronco won’t quite be like the nostalgic ones we know, it’ll be a modern take on a timeless classic that will hopefully become its own new classic. It’s rumored that the Bronco will be similar in size to the Ranger or the Explorer, with off-road capabilities you’d expect. We’re curious to see what the release of the new model Bronco will do to the prices of the old classics, but if you have one of them, you may want to keep holding on to it for awhile…

Another favorite body style from Ford that’s coming back to America is the Ranger pickup truck. From 1983 to 2012, over 7 million of these trucks were produced, so while they’re pretty sought after, they aren’t quite rare or collectible just yet. Another interesting twist with Ranger production is that they actually never went out of production in other countries as they did in North America, which makes them even less rare depending on where you’re cruising.

Regardless, many will be thrilled to hear that by 2019 a new throwback Ranger will be available in North America once again. This time around it’s going to be bulked up a bit from its smaller size so that it can compete in the mid-sized truck market.

In 2018, Volvo and wagon fans are going to have something to celebrate. The iconic V90 Station Wagon is going to be returning with some new bells and whistles to boost this classic. When it comes to Volvo styling, their wagons are a favorite and have never gone out of style through the years. They’ve gone from those eye-catching, long-box wagons to a more sleek, rounded modern profile. Keep an eye out for this favorite.

Wagoneers are hard to miss when they roll down the street, and soon there will be more of them to drool over. These stylish tanks are set to be released in 2020 with available Wagoneer and Grand Wagoneer models. While we don’t know yet if they’re going to have that eye-catching fake-wood body paneling, we do know that they’re going to come with a much higher price than they had back in 1984. In fact, Jeep has leaked that the new Wagoneer may cost close to six figures and be steered towards the international high-end luxury SUV market. Unless Jeep plans on upping the old average gas mileage of the new Wagoneer, you’ll need to be pretty wealthy to drive one anyway.

Another old classic set to be released by Jeep in 2020 is the Wrangler pickup truck. While they’ve been out of production for about a decade now, Jeep decided to bring them back. Jeeps are always collectible and sought after by fans, so keeping this utility-based pickup truck in production just makes sense. The break in production may help make it even more collectible in the future.

This insanely amazing sports car is set to be released in 2018 and combines the 1990 to 1995 King of the Hill Corvette heritage with the 2009 to 2013 Blue Devil heritage. You’re basically going to be getting a Ferrari for a fifth of the price here, but it’ll still set you back about six figures. If fast old muscle cars were your thing, combine that love with your love for advanced technology and higher end rides with this speedy, sleek throwback that will satisfy speed demons of every generation. Once again, the Corvette is standing out from the crowd in so many ways and keeps holding onto its classic name while morphing beautifully into the modern world of wheels.

Originally published on April 13, 2017 in Autos