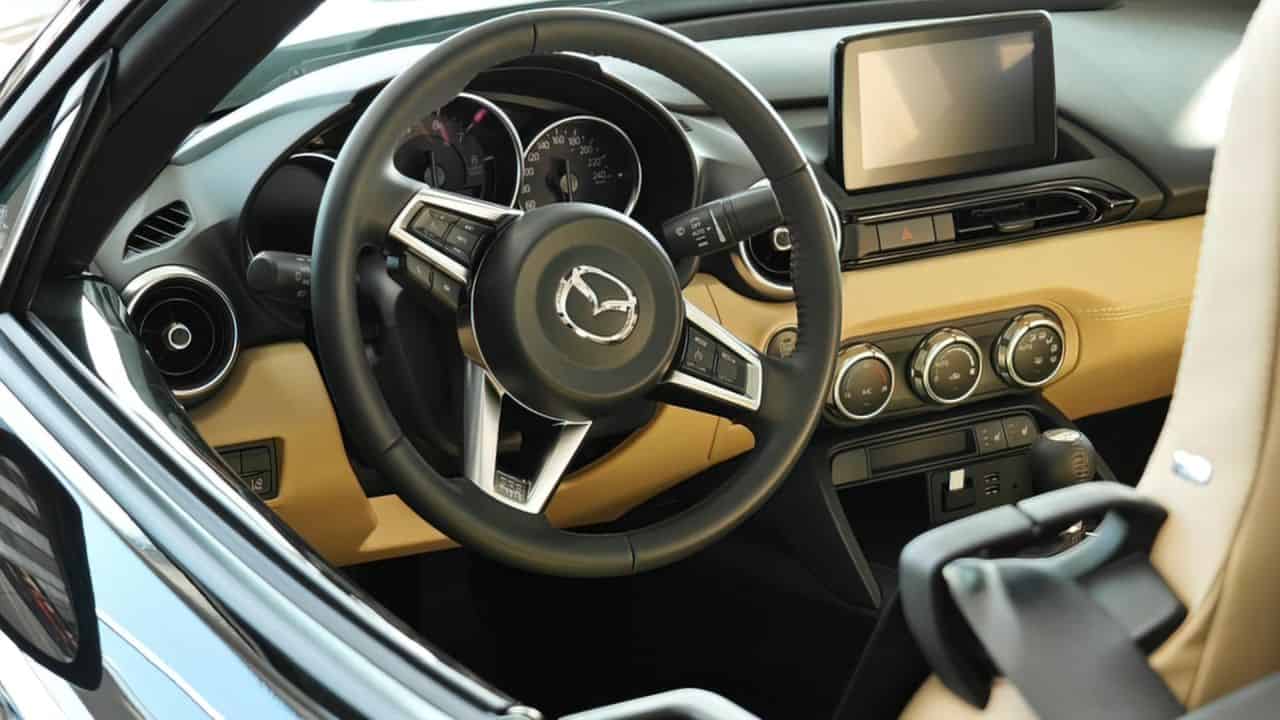 Japanese car maker Mazda hardly needs an introduction. The company is synonymous with some of the most competitive brands in the business, with generous warranties and unparalleled reliability.

Carving out their own spaces in the highly contested automotive market, Mazda has climbed up the ranks of mainstream automakers. There’s something for everyone – from budget-friendly runabouts to luxury SUVs with impressive features and tech for the price.

What You Should Know About Mazda

Mazda has been building cars since the 1930s and has produced classics like the RX-8 and the MX-5 Superlight, to name just a few. Through sheer longevity, the car manufacturer has managed to build great classics over the decades. Their car offerings can be found on both ends of the spectrum in terms of value, quality, and affordability.

Few cars are as reliable as Mazda’s line-up. They come with great warranties and stellar safety ratings. We have listed down our favourite Mazda vehicles based on various factors including safety, performance, reliability, and safety.

The Mazda RX-8 has been nothing short of a hit with car enthusiasts. It is a rare sports car that can mean everything to everyone. The 2011 version is a rear-wheel drive that boasts a 1.3L rotary engine capable of reaching 232hp or more. It’s a responsive car that handles well (especially at highway speed) with nice acceleration.

The only problem is that it’s a gas guzzler and rapidly depletes the fuel. It also needs frequent maintenance to stay in good shape. The newer models haven’t undergone any significant changes in terms of oil consumption and performance. If you’re on a budget, we recommend going for an older model that from 2011 and onwards.

However, as a family car, we do not recommend getting one.

The Mazda 2 does what Mazda RX-8 fails to do – package the fun of driving a Mazda RX-8 in a well-rounded interior. It is highly reliable too and doesn’t require as much maintenance as the RX-8. It has two engines and four trim levels to choose from.

The entry level SE-L trim has a lower powered engine with a manual gearbox. There is no electric or hybrid version.

The reason why it made this list is the comparatively lower price tag and still manages to pack quite a punch in terms of features.

If you’re looking for a decked-out SUV with great gas mileage, then the Mazda CX-4 makes an excellent choice. It is a large SUV with a choice of manual and automatic gearboxes, diesel or petrol engines, and two or four wheel drive. The base level CX-4 is a steal considering it contains many of the best bells and whistles. This includes a touchscreen infotainment system, 10.3-inch screen, responsive software, and a punchy speaker system.

Mazda 3 is an ultra-capable compact car that has earned numerous awards. But given that the car markets itself as a compact car, it may not be the best for a family because of the cramped rear seats. In fact, this was the single biggest criticism of the Mazda 3 – that its back seating was just too small for larger adults.

It does have a roomy hatch cargo and trunk if you want the extra storage space for cargo. But it comes as no surprise that the Mazda 3 doesn’t market itself as an all-around family car. Most families are better off looking for bigger cars like the Honda Odyssey or the Ford Expedition.

Mazda ups the ante with the CX-9 which has earned numerous rewards for superior handling, a turbocharged four-cylinder that will test the skills of most drives, and a competitive list of standard features. The engine does sound a bit beefy and manages to go from zero to 60 mph in 7 seconds. Some of its standard features include driver assistance, an upgraded infotainment system, a 10.3-inch display, and more.

The CX-9 comes in four trims, with the Touring believed to be among the best of them. Touring offers leather upholstery, power-adjustable front seats, and keyless entry. The Touring Premium package takes things to the next level with a Bose audio system, second-row window sunshades, and parking sensors.

Overall, the CX-9 has done quite well for itself, enjoying a quick reputation as a decent SUV but doesn’t come close to the toughness of the Ford F-150.

Mazda 6 is a great mid-size sedan for most families and does just about everything well. It comes with spacious seating, ample cargo capacity, a smooth ride, and an upscale ambiance. The Mazda 6 features a 2.5 litre four-cylinder engine that is capable of hitting around 187hp. You can also step up to the turbocharged engine that can go up to 250hp. Both engine variants come with six-speed automatic transmission.

If you’re going for the Mazda 6, we recommend getting the Carbon Edition with its special black grille, black alloy wheels, and a Polymetal metallic hue. The sporty aesthetics and turbocharged engine make this midsize sedan a sight to behold.

The Mazda Miata is meant for doing one thing well: delivering the thrills of driving in a tiny sports car. It has racked up sports car accolades from around the world, earning a niche following. The four-cylinder engine offers just enough power to deliver stirring acceleration and the chassis does a good job of handling the curvy sections of the road.

The 2021 version comes with a few changes. It features 17-inch wheels, heated seats, Bose speakers, and a limited-slip rear differential. Drivers will enjoy the responsive and tactile steering that keeps them informed of their performance.

Since it’s such a lightweight, the car doesn’t have much weight to lug around and its engine delivers a fairly high fuel economy of 26 mpg city. And of course, it only accommodates two adults with few storage cubbies and a tiny trunk. You’ll barely find space for all your personal effects. Least to say, the Miata is not the best car if storage and passenger space are a priority for you.

The Best Wineries in Atlanta, GA