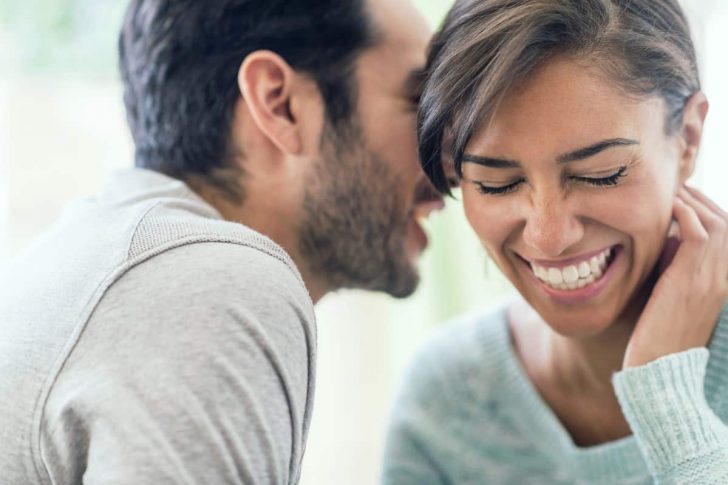 Lots of guys describe themselves as a ‘relationship type of guy’. There’s definitely nothing wrong with that. In fact, knowing that you are should make you more attractive to women who are looking for the one, right? Believe it or not, basing your dating life around being a relationship type of guy can actually lead to you missing out on a lot of great chances. You might be thinking that it’s because it could scare the object of your affections away, but you’d be wrong. Identifying as a good ol’ relationship type of guy could actually be warping your expectations for the opposite sex.

Almost as Bad as Being a Nice Guy? You Might Be a Relationship Type of Guy

I got a long and tortured email from one of our readers recently which made me realize that the words “relationship type of guy” say a lot about a man, especially if he’s the one labeling himself. The gist of our friend’s problem is a fairly typical boy meets girl, boy likes girl, boy dates girl, boy loses girl, boy dates girl again, boy scares girl away. Maybe this doesn’t sound like the average relationship, but it’s safe to say that when you first realize you like someone, you do a lot of circling around and hope that you can come up with the magical equation for TRUE LOVE 4EVER. If your dating history is year long relationship after year long relationship, when you finally get into the dating game again, you may scare off a woman with your expectations or hang on too long to something that just isn’t going to work because you’re a relationship type of guy. You do relationships, not dating. That’s what you know.

Why it’s great to be a relationship type of guy…

You know what you want. There’s no wasted time on chasing sex (well, only sex,) and you’re ready to explore and enjoy the best of what another person has to offer you. You want the things that a relationship has, and you’re willing to give them back in spades, from the kind notes to the thoughtful flowers to the comfortable silences to the pooping with the door open.

…and why being a relationship type of guy messes with your head.

For your lady friend that you’re starting to see as so much more, when you begin the awkward “is this a date” dating period, knowing that your end game is a long term relationship can hurry things along for you mentally. You may do a lot of things that would be totally fine in a relationship- and you do them because you want this to be a relationship, so they don’t seem out of place to you. However, you guys aren’t in a relationship yet. You may not even be ‘officially’ dating yet. Calling too often,  leaving a bunch of messages, and sending lots of  texts -for some people- is definitely considered disruptive behavior.  Even though you’re just trying to be nice and to show that you are attentive and thoughtful, in this age where our technology is so prevalent, it can feel almost like there’s no getting away. A note now and then is nice, but if there’s a lot coming at her, she may feel like she simply can’t get a break.

In the case of our reader, he wanted her to know that he was thinking about her just to brighten her day. Sending her flowers for the first time is a great gesture. Including a no pressure message is the perfect way to make your mark in her memory. That sort of thing is wonderful! But getting flowers more than once is also something that is considered “being in a relationship” territory. The first time, you made your point. The second time and beyond can feel very high pressure… almost like a bribe, or a guilt trip. This goes for a lot of over the top gift giving that you may think about doing very early on. Too much of a good thing is still too much – especially if it’s something you would do for someone in a relationship. Don’t get caught up in the small details of a relationship (does she like white or black diamond rings? How does she like her eggs in the morning? What’s her favorite Starbucks drink??) if you’re not even in the relationship yet. If you guys still haven’t talked about being exclusively in a real relationship, you could find the gestures that make sense to you could really put her off.

If you’ve committed any of these faux pas, she’ll likely stop replying to your messages, be too busy for your scheduled outings, and leave long periods between seeing you. Sometimes despite your best efforts and your deepest wishes for a relationship, it may not work out. While you will certainly be justified in feeling hurt, there’s no dwelling on it. If you’ve come on too strong, there is fault (and I use that term very loosely) on both sides. You probably have a pretty good idea of what you did wrong if this article feels familiar to you. Her ‘fault’ simply lies in not liking you back in the way that you like her. What happens in your life now is up to you.

While it’s very easy when someone is at least partially at fault to blame them or be angry at them, you need to take a different road. Instead of being angry at her for her feelings, which you can’t help (and neither can she) spend a day or two being grumpy at the universe for being a strange and contrary place. And instead of brewing and stewing and staying mad, get up and show the universe that it can go fuck itself by finding someone else you get along with better. If you take anything away from this, I think it’s that only considering yourself to be a relationship type of guy means that you may end up coming on too strong for women who haven’t given much thought to what type they are. Yes, you obviously want to have the same end goals when you’re looking for a compatible soul mate, but the dating process can be a lot of fun and you could miss out on some of the great experiences getting to know each other that an initially casual situation may have to offer.

If you want a relationship, continue wanting one and searching for one. Just beware of thinking of yourself only as a relationship type of guy. You won’t compromise any of your values if you try out a few casual dates here and there. You don’t have to race forward to “lock things down” with a girl because you need to be in a defined relationship… if she’s going to leave you, or lose interest, she’ll do it whether you’re exclusive or not. Acting like you’re already in a relationship too quickly or coming on too strong can be scary, and just because you don’t have a label to start with doesn’t mean that love won’t grow into something worthy of an impressive title.