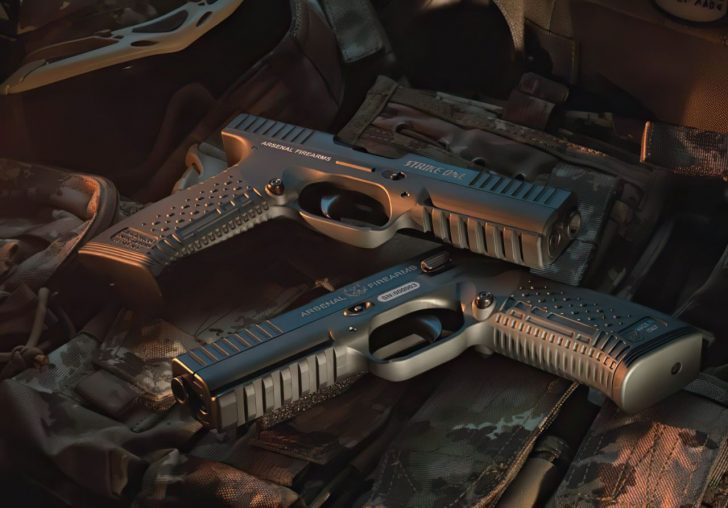 Arsenal Firearms has a real knack for creating exciting gun videos. When a company announces a new firearm, their release video is almost always dry, technical, and lifeless. Everyone wants to know the technical capabilities of the weapon, but no one cares to learn them in a half hour snore-fest. Arsenal does things a little differently, with booming dramatic music, lots of slow motion, and memorable shooters like the Agent 47 lookalike from their AF2011-A1 Double Barrel Pistol video.

This new announcement video features Arsenal Firearms’ upcoming Strike One Pistol, a sidearm that will strike fear into the most jaded and battle hardened pistol shooter… people. Well, at least that’s what I’m guessing. The video starts off with what is clearly an alien life-form flying to Earth to check the pistol out, so it must be pretty damn impressive.

Strike One Pistol in Action

The robotic voice in this video is hilariously cheesy, and the overweight shooter is slightly comical, but I guarantee one thing; he’ll mess you up. He’s a world champion shooter, and with the new Strike One Pistol is his extremely capable hands, I bet he’s even more deadly. Based on the massive list of buzzwords and patents on the official Arsenal Firearms Strike One Pistol page, I’m starting to wonder why no one else came up with these innovations earlier. I’m no shooter by any stretch of the imagination, but an ambidextrous magazine release and a barrel center line over hand grip of just 12mm makes a lot of sense to me. The latter meaning that the gun has a very short vertical profile above the top of your hand, making the weapon far less bulky. 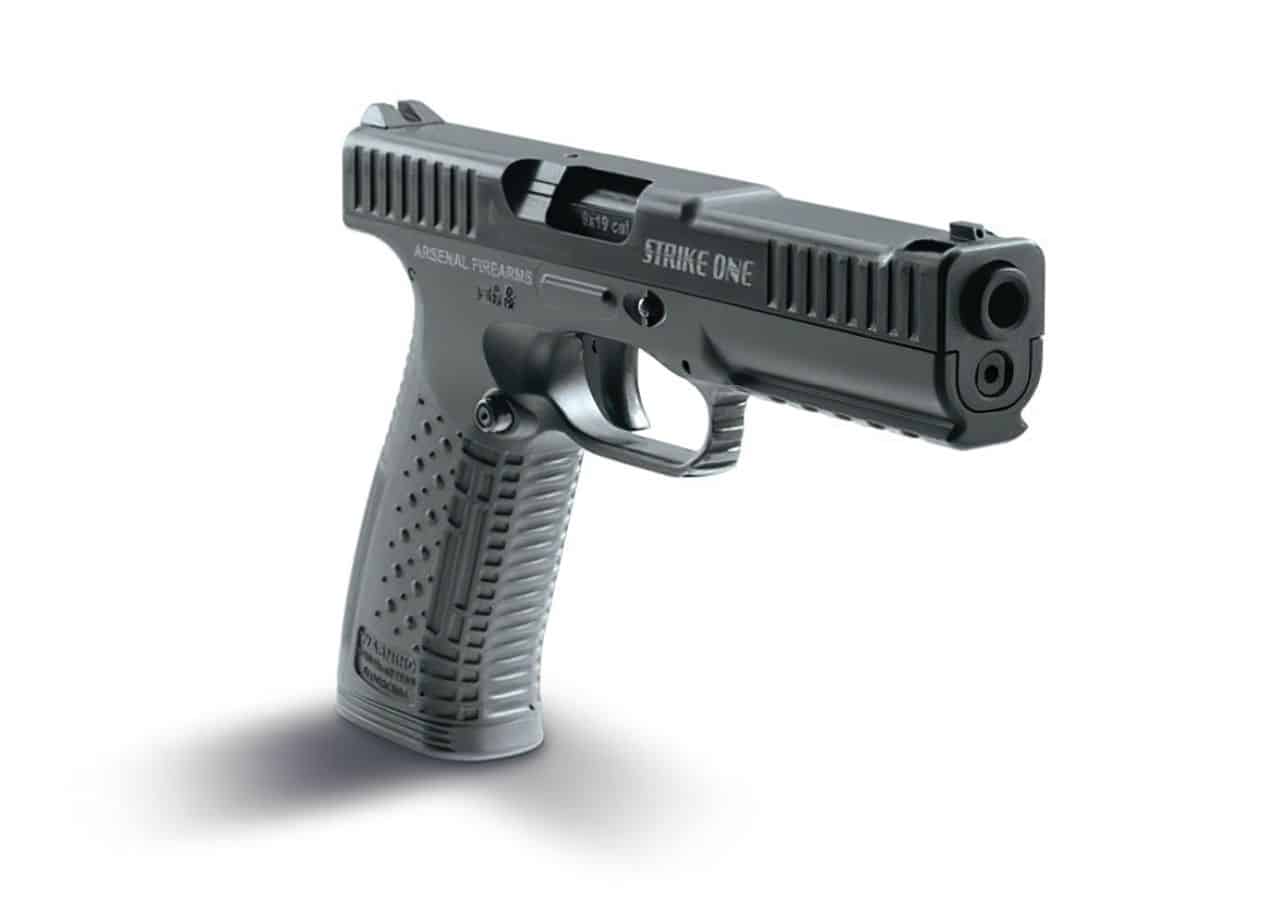 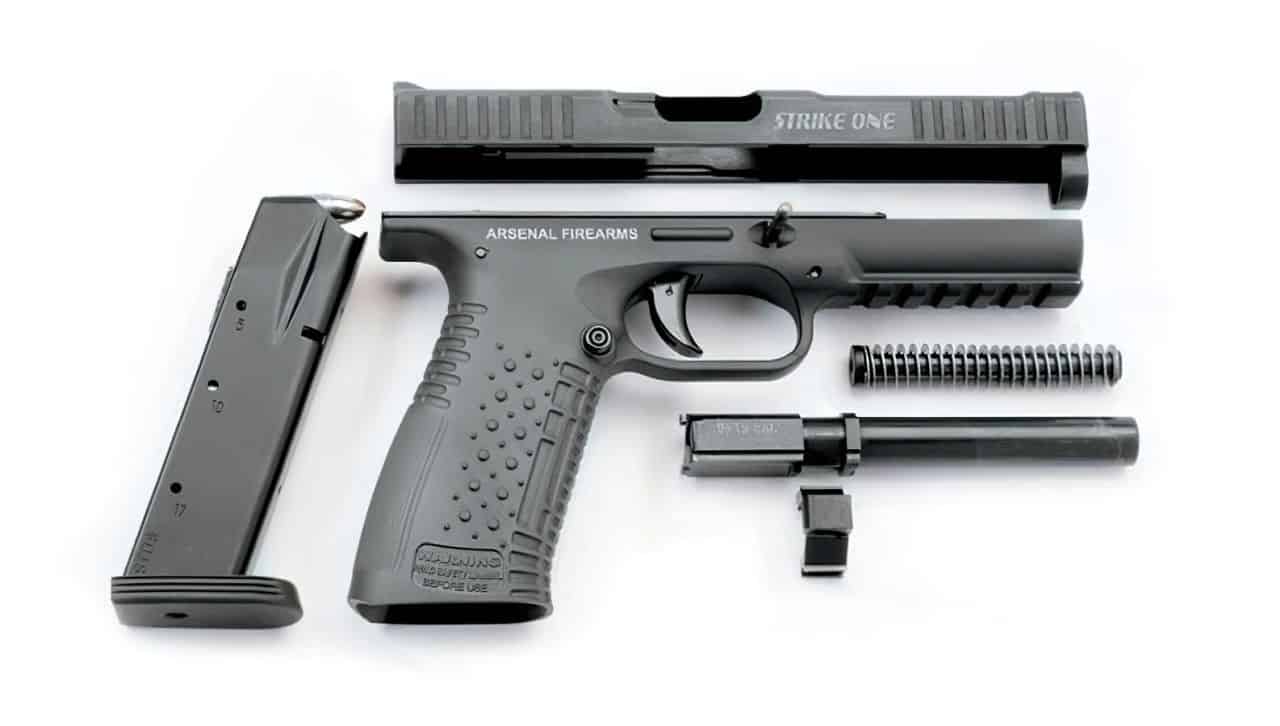 If you’re interested in more detailed information on the workings of the gun, as well as information on availability, head over to Arsenal Firearms. The Strike One pistol isn’t out yet, but I’m fairly certain they’ll announce a release date any time now. I would love to give this thing a try next time I get a chance to visit the range. I had a great time last time I was at the DVC Shooting Centre in Vancouver.